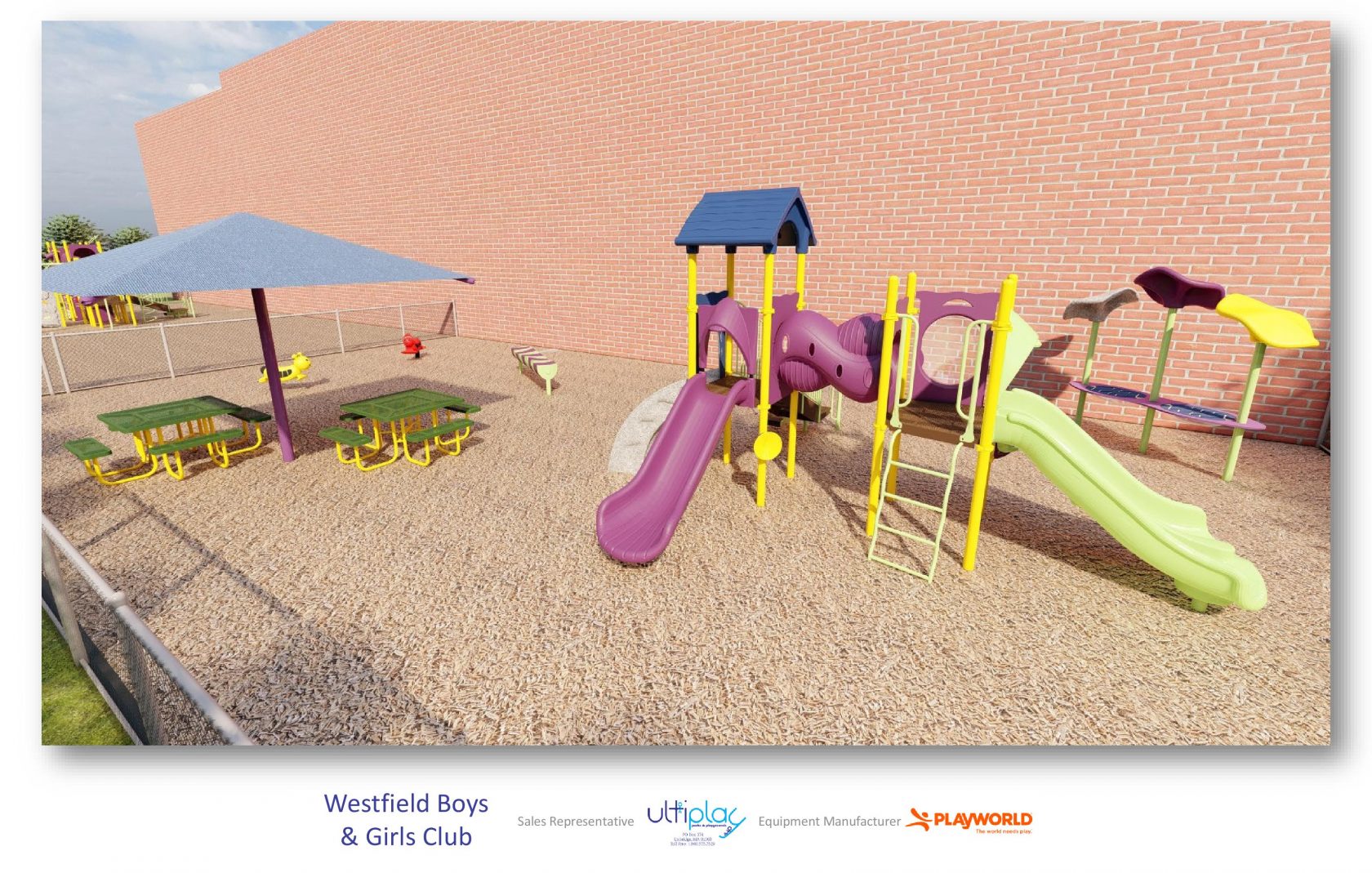 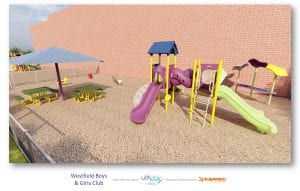 Drawing of new preschool playground for the Boys & Girls Club, which received a grant from the Community Preservation Commission this week. (PHOTO SUBMITTED)

WESTFIELD – After a long debate and two votes, the Community Preservation Commission Jan. 20 granted $62,405 to the Boys & Girls Club of Greater Westfield for a new playground, the fourth in the past year and a half. Other grants of varying amounts were awarded to the Cross Street Playground, Abner Gibbs and Paper Mill elementary schools.

Boys & Girls Club Chief Executive Officer Bill Parks said the playground they were proposing is a preschool playground to go along with the recently approved 15,000 square-foot expansion that will add 100 licensed child care slots and additional after school space to their program. The Club received a $1 million grant from the Department of Early Education and Care (EEC) for the expansion, which will cost over $3 million.

Parks said the Club will also be adding to its original playground behind the building, which they have removed and stored during construction. He said some of the parts for that playground will have to be replaced. The two together will give the Club 5,000 square-feet of playground space, which Parks said is important to the program. He said the timeline for the entire project to be completed is Aug. 15.

“The playground is a big part of our EEC grant; a big part of the preschool and after school program. With the state, there are a lot of pieces they feel (are) important. The state has to approve everything we’re doing. We’re being reviewed locally and on a statewide basis,” Parks said.

CPC chair Thomas Sharp was one of several commissioners who questioned whether the playground would be accessible enough to the public to merit Community Preservation Act funds. Other commissioners believed the playground deserved funding due to the large number of children in Westfield who are served by the Club.

Parks said 200 kids per day in the program will be using the playground, and it would also be available to the public off hours, weekends and during community events. He said because of licensing requirements of the state, they can’t commingle children in licensed child care with the community.

Commissioner Rich Salois, representing the Westfield Planning Board, said he was also concerned about the public part, and asked what percentage of the time the playground would be available to the public. Parks said it would be available when they don’t have licensed child care, before and after hours, evenings and weekends, roughly 45 percent of the time during the week, and 85 percent of the weekends.

At-large Commissioner Bill Porter said they were trying to get the numbers in order to justify the amount of CPC funds going into the project. “The typical playground is open to the general public 100 percent of the time,” Porter said, adding that during critical after school time it would not be available. “I think the amount you’re requesting is greater than (when it is) available to the general public,” he said, and asked whether the grant amount could be reduced.

“The 300 kids that will be in the program are all kids from Westfield. Our playground will get more use than the majority of playgrounds in the city on a daily basis,” Parks said, adding that overall more than 450 children in the program are from Westfield, the majority of whom are subsidized. He said anyone can come to the Club anytime for $50 per year.

Housing Authority Commissioner Daniel Kelly agreed with Parks. “A lot of my tenants go to the Boys & Girls Club every day. If they were not at the Club, they could be doing something not on the up and up. They’ve done a wonderful job down there. I’m very supportive of this,” Kelly said.

“I want to echo Dan’s words from earlier,” said Parks & Recreation Commissioner Michael Tirrell. “I don’t know how much folks in the community are aware of the good that happens down at the Boys & Girls Club. There is a significant underprivileged population that goes there; and not just that, it’s a great facility for after school,” he said, adding that it’s bordered by a bunch of neighborhoods, and after 6 pm in the summer, there is still plenty of light for some residents to use the area, and weekends as well.

“I understand the concern on the amount of time it is used, but I can’t discount the number of residents that will be using it even during the times when the community is not allowed there,” Tirrell said.

“I don’t think the population at the Boys & Girls Club can be compared to a private organization. For many children, it’s the only opportunity to go somewhere safe after school and get help with homework. I know from personal experience how much the Boys & Girls Club helps students,” said Cindy Gaylord, who represents the Westfield Historical Commission on the CPC. She also noted that the commission voted funding for playgrounds at several elementary schools which are not open to the public during school hours.

“I would be proud to vote in favor of this, knowing that we would be providing an increased need to Westfield,” Gaylord said.

Sharp said he would like to explore the appropriateness of using CPA funds for a membership organization, and asked for a motion to delay the vote to the next quarterly meeting in April.
The vote failed at 3 to 3.

A motion was then made to approve the $62,000 and to have Parks work with City Planner Jay Vinskey on the plan for public use of the playground, which passed unanimously.