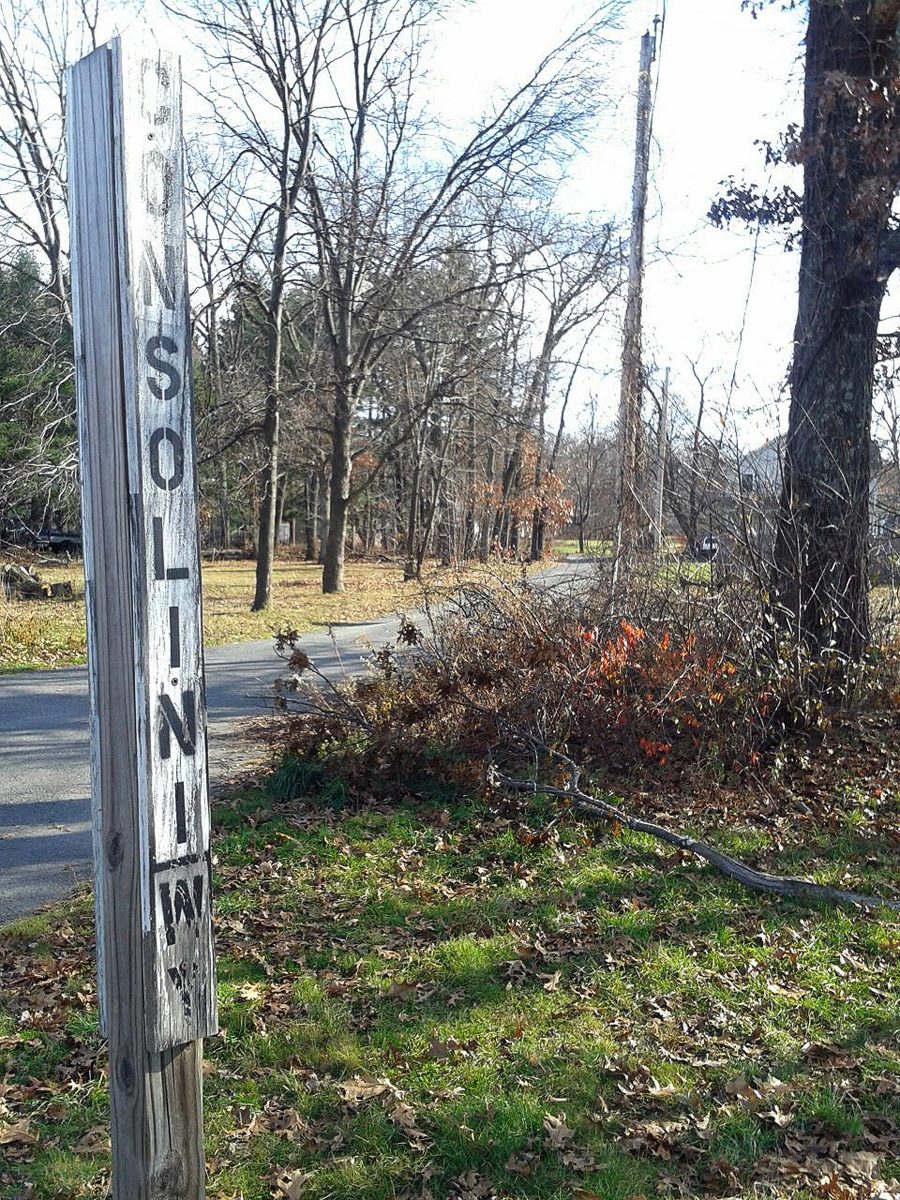 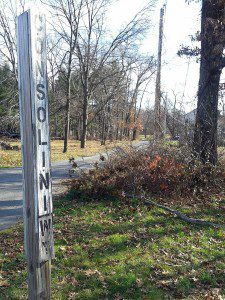 A right of way leading to two parcels of property off Babb Road in Southwick. (File photo by chief photographer Frederick Gore)

SOUTHWICK – A resoluton was reached last night in the fate of Consolini Way.
The Board of Selectmen agreed to “pave” the private driveway with millings leftover from the recent College Highway road project in order to rectify damage homeowner Peter Consolini said was done by one of the town’s subcontracted plowers.
Department of Public Works Director Jeffrey Neece said he thought the matter was taken care of when the DPW laid stone dust on the road.
“Last year we went to Mr. Consolini and came up with an agreeable solution,” said Neece. “We poured stone dust and packed it in and, for the most part, Mr. Consolini was hapy with that.”
Consolini said the problem with that remedy was the dust created on the road, which he said clogged his pool filter, created a constant need for washing his truck and house, and caused problems for his child with asthma.
“The money is adding up for cleaning – I’ve probably spent thousands of dollars cleaning dust,” he added.
Consolini said he just wanted “what’s right” and that, he said, was for the town to pave the road and return it to the hard surface it had once been.
The problem was in the definition of that road. While it has a wooden road sign that states it is Consolini Way (which Consolini said it previously was called Consolini Drive), the recognized address of the two parcels that comprise Consolini’s property are 7 and 9 Babb Road.
The question of whether or not the “road” was a driveway came into play during discussions. Neece said last night that after much research, which included historical data, as well as conversations with people familiar with the property, his department determined it is a private driveway with no public use.
“We spoke to Peter Jakobowski who was the superintendent, and he recalls this being a driveway,” said Neece, adding that Jakobowski believes the driveway had been poured with oil, which helps harden the surface.
Consolini said previously that as long as the damage was repaired, he did not care what it was called.
“They can call it a driveway and I’ll sign off on it and take care of it myself, but I’m not signing off on it until it’s fixed,” he said.
DPW Supervisor Mike Dempko said it would be best to pour the millings in the spring so once packed, it would harden with help from the sun.
The board unanimously approved the solution, which they said was a compromise.
Selectman Russell Fox made the motion, which included the removal of the Consolini Way sign.