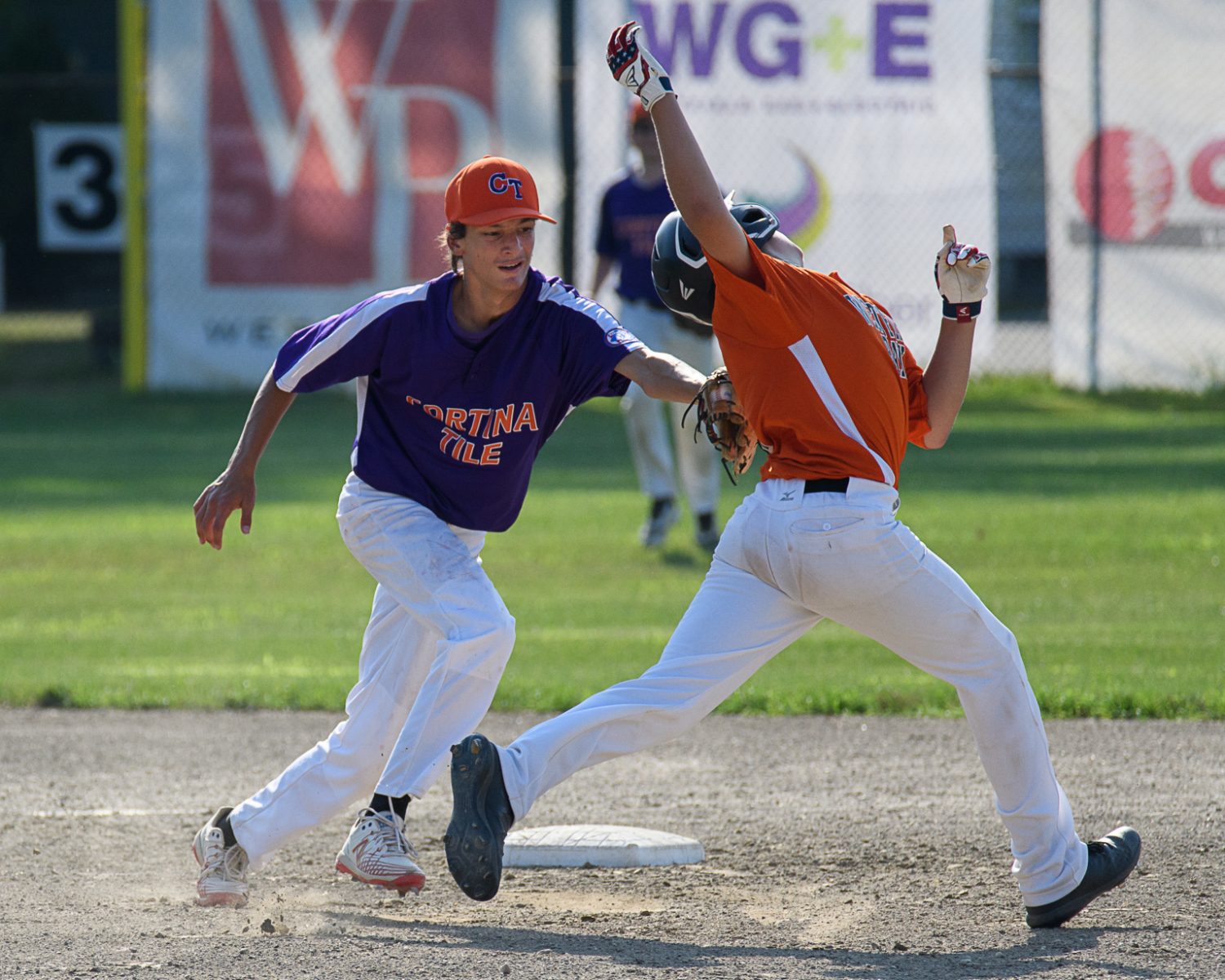 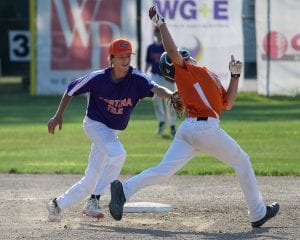 WESTFIELD – The temperatures were blazing hot. Only one other thing was hotter – Cortina Tile.
Cortina Tile battled the sweltering heat and batted back Westfield Bank 9-6 in a Greater Westfield Babe Ruth Baseball League contest Monday night at Bullens Field.
It was Westfield Bank’s show early on.
After loading the bases on three consecutive infield errors to begin the game, Joey Calderella and Deven Werbiskis clubbed run-scoring base hits to stake Westfield Bank to a 3-0 lead.
Cortina Tile issued an immediate response in the bottom half of the first inning. Walter Ninotti walked and stole second base. Carlos Rodriguez singled and stole second. Dan Provost, Jr., delivered a run-scoring single. Josh Mayo walked. Alex Provost was hit by a pitch, scoring a game-tying run. A bases-loaded walk from Robert Ninotti and Kaevon Eddington made it 4-3.
Cortina Tile wasted very little time in extending its lead.
Walter Ninotti doubled to right field to begin the second inning, and stole third. A fielder’s choice and wild pitch soon gave Cortina Tile a 6-3 advantage.
Westfield Bank responded.
Dacota Durkee singled with one out in the third. Then, Jacob Wagner unleashed a towering triple out near the left field fence to pull Westfield Bank within two. A run-scoring fielder’s choice on Calderella’s ground out and a wild pitch knotted the game at 6-6.
After a pair of scoreless half-innings, Cortina Tile reclaimed the lead in the bottom of the fourth. Dan Provost, Jr., singled with one out and scored on a Mayo double to left-center field. They padded their lead in the fifth, taking advantage of walks to Tommy Knapik and Jayden Peterson, and a fielding error that allowed two runners to cross the plate.
While hits, walks and errors plagued both team’s bullpens throughout the contest, Cortina Tile pitcher Alex Provost was the one steady presence on the mound.
Provost allowed just one hit in the fourth; retired the side 1-2-3 in the fifth, forcing Westfield Bank’s Nos. 1-3 hitters into consecutive ground outs; and allowed just one hit in the sixth, a lone single to Calderella.