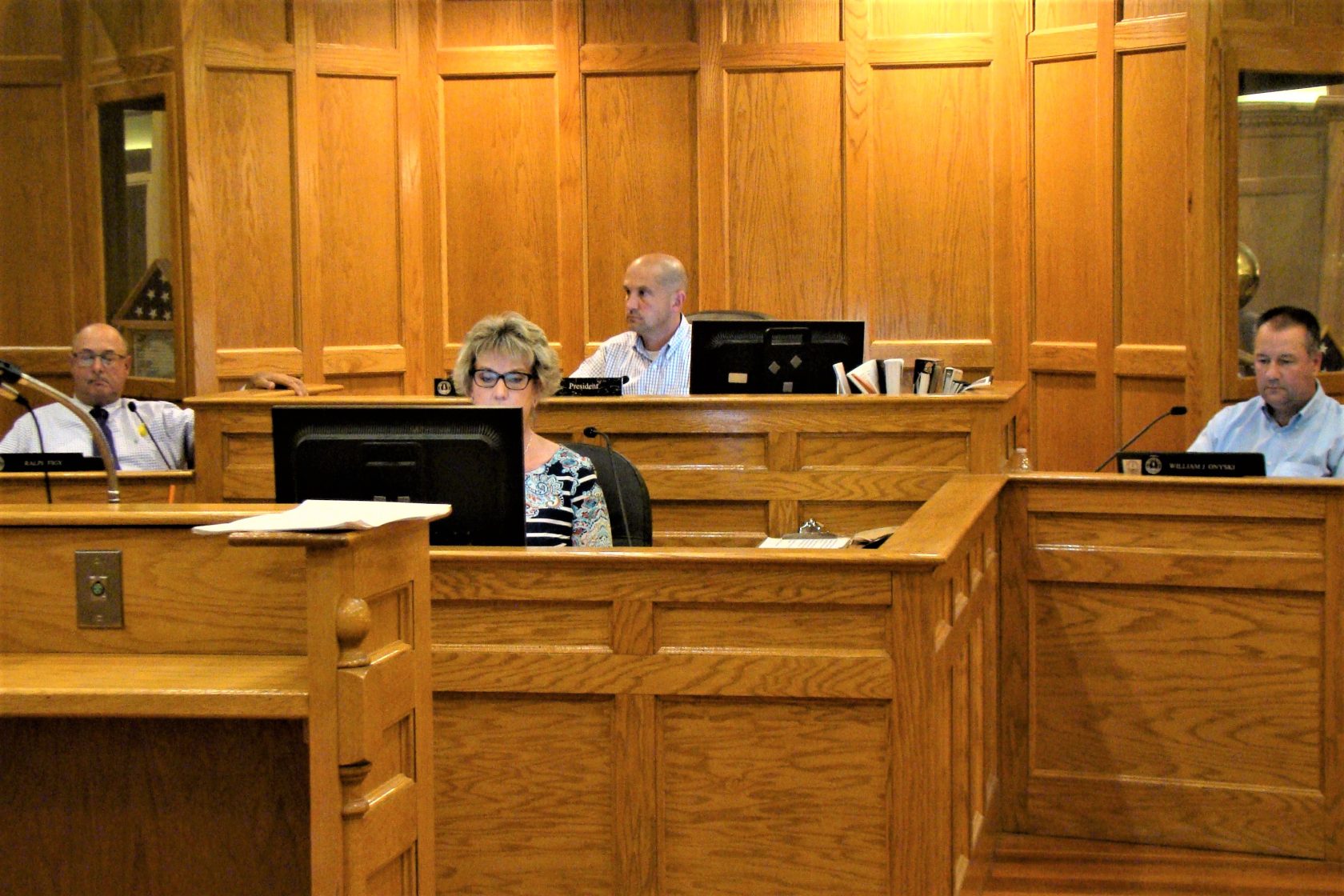 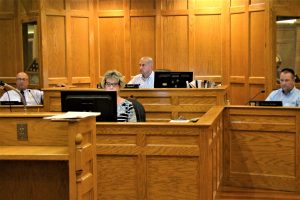 WESTFIELD — The City Council will debate the Westfield Data Center tax incentive program next week as a committee of the whole, rather than referring it to any particular committee.

Councilors voted 10-3 on Oct. 7 to include the whole council in the discussion, after raising questions about the finances, site plan and environmental effects of the $2.7 billion proposal to build 10 data server centers on 162 acres of land off Ampad Road and Servistar Industrial Way. The Data Center meeting will be at 5:30 p.m. Monday, Oct. 18, in City Hall.

The council received a report from the Planning Board on its 6-1 vote determining that the project had met the requirements for Chapter 121A of state law, which allows communities to negotiate payments in lieu of taxes for the development of blighted or substandard industrial properties. The agreement to be negotiated between Servistar Realties LLC and Mayor Donald Humason Jr. is expected to bring $350 million to $360 million in PILOT revenues over a 40-year period, rather than charging standard rates for commercial real estate and personal property taxes. The City Council has to agree that Chapter 121A applies for the agreement to take effect.

At last Thursday’s meeting, councilors who chair three separate subcommittees asked that the Data Center be referred to their subcommittees for study. Ralph J. Figy argued that it made sense to consider the Chapter 121A agreement as a financial matter and send it to his Finance Committee. Kristen Mello asked that it also be sent to the Natural Resources Committee, which she chairs. Dave Flaherty suggested to send the agreement to Zoning, Planning and Development Committee, which he chairs.

“The item coming in tonight is not a financial matter; it’s the findings related to zoning, planning and development,” Flaherty said, adding that his panel is charged with reporting to the council on any proposals related to new industrial development.

Mello said she wanted to discuss the project in the Natural Resources Committee because she would like to see input on the regulations for the diesel generators that would be installed as a backup in each building.

“If we’re going to say this is a public benefit, then we need to do our due diligence; this is smack in the middle of an environmental justice community,” she said.

Mello said the application includes large diesel fuel tanks for each data center building, with backup generators designed to keep the computer servers running in the event of a power outage. She said plans call for 13 tanks for each building, and 13,000 gallons of fuel per tank. Each tank will have to be half-emptied every six months, to mix new fuel with old fuel, she said. Fuel tanks have been controversial in northern Westfield, because of the potential for leaks to seep into the aquifer used for drinking water. “You’re talking one tank for Old Dominion, but [here are] 13 per building and there’s 10 buildings,” she said. “We don’t have the regulatory or scientific information. With the information we have, we know there’s a danger, and we have no idea what that means for our residents. I don’t think we can say it’s a benefit until we know.”

At-large Councilor Rick Sullivan noted that the membership of the three subcommittees, combined, includes the majority of the council.

“I concur with councilors Flaherty and Mello that those specific items need to be discussed in those committees,” said Ward 1 Councilor Nicholas J. Morganelli Jr.

At-large Councilor Dan Allie said the report was coming from the Planning Board to the whole council. He said the council’s part is the financial agreement, which the whole body will accept.

“I don’t think the subcommittee is going to overrule the Planning Board,” Allie said.

Ward 5 Councilor John J. Beltrandi III said the Planning Board has a part in this, as does the Conservation Committee, and from his viewpoint, the council’s role is to look at the financial aspects of the agreement, and let the other boards make recommendations on their areas of expertise.

“I’m a little concerned about micromanaging it. I have confidence in the Planning Board and the Conservation Commission and the people we put in those positions. To me, it would seem to be just an exercise,” he said.

Figy also questioned whether additional information could be brought in after the public hearing is closed. Members of the City Council and Planning Board voted to close the joint public hearing on Oct. 4.

“I think we walk a fine wire if we branch it out,” he said.

“I’m curious to see if this is something we could do as a committee of the whole. You’ve got nine members with the same item,” said Council President Brent B. Bean II. “I’m going to ask Legal to weigh in on this. I’m not convinced this can be separated out like it is,” he added.

Flaherty said he didn’t mind a joint committee effort, but because the goals and the focus of the different committees are different topics, he didn’t see any problem with doing them separately.

“It seems redundant to me,” Bean said.

Ward 4 Councilor Michael Burns asked whether they should leave the report on the table until they got a recommendation from legal. “I agree with you, the committee of the whole is the way we should be going with this,” Burns said.

Flaherty then made a motion to refer the report to the committee of the whole and the Law Department, which passed 10 to 3 with Bean, Sullivan and at-large Councilor Cindy Harris voting no.