WESTFIELD – Ward 4 Councilor Michael Burns told the City Council on April 1 that the Public Health & Safety Committee had received an update from the Water Department in response to questions asked by several councilors, which the committee voted 3 to 0 to send to the City Council.

“We asked for questions under Section 26 (of the City Charter). We received 20 questions from Councilors [Ralph] Figy, Councilor [Bridget] Matthews-Kane and Councilor [Kristen] Mello which I presented to the mayor. He was present at the meeting, and turned them over to Heather Stayton [systems] engineer of the Water Department. She went through all the questions, and answered them all as transparently as she could. She did answer every question,” Burns said.

At-large Councilor Kristen Mello, who had submitted many of the questions, disagreed, and said the meeting was used to insult and slander her. “I would like to remind the chair that first of all there are three questions very pertinent to Public Health & Safety that remain unanswered…that refer to PFAS breakout and carbon changeout. These questions are relevant to the public health of the city’s residents. I ask that they be answered,” she said, adding, “I don’t think this is the end of the conversation.”

Mello said a question she asked regarding educational opportunities for Water Department personnel was used instead “to insult me, my academic pedigree and my dozens of hours of PFAS state approved continuing education credit hours.”

“My questions were not accusations,” she said, adding, “The question of public health and water regulation are not identical. Water that meets all guidelines and regulations is not necessarily safe. We should be having conversations about how to get safe clean water to our overexposed residents. Instead, the Public Health & Safety committee meeting was used as a platform to slander me for what I firmly agree must have been for political reasons.” 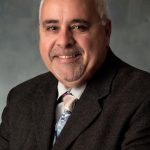 Ward 5 Councilor John J. Beltrandi III, a member of the Public Health & Safety Committee, said he resented the implication that anyone on the committee would do anything detrimental to Councilor Mello or anyone else.

“I appreciate your efforts and your concern, however I do take exception to the accusation there that things are being covered up or people don’t care about the quality of water. I spend probably more time at the Water Department than anyone else in this body. These people work very hard and diligently to get the cleanest water they can. We did what we did in 2018 to provide the best possible option for the City of Westfield residents,” Beltrandi said, adding that there is nothing out there being hidden from the residents that is going to be a health issue.

“I go with the science that I’m given. I’m not going to sit here and be accused of doing something detrimental to the residents of this city,” Beltrandi said.

At-large Councilor Dave Flaherty spoke about the concerns that many of the residents still have, and about the many residents that are still buying bottled water.

“I believe there’s enough money and enough public demand to try to provide a clean water source for those who think they are not getting it from pipes in the city. With all this CARES Act money and PFAS money, we should be able to purchase bottle water or install reverse osmosis filters in their houses. There are many that are buying bottled water all the time that is costing them a lot of money. There are resources from the state and federal government to allow people who choose to get clean bottled water until this matter is resolved in a way that makes them feel comfortable,” Flaherty said.

“I don’t know how this got off track like this. The scope of the questions were answered. I guess the questions will never be answered correctly for anybody, or for some people or all people. I spent two weeks of my time with the Water Department, two meetings with the mayor and the Law Department I put a lot of time into it and a lot of energy. We need to move on from this,” said Burns.

Ward 1 Councilor Nicholas J. Morganelli Jr., who also serves on Public Health & Safety thanked Mello for all of her research.

“As Councilor Burns said, those questions were answered by Heather Stayton and the department,” he said, adding that it comes down to the comfort and safety level of people.

“It’s a comfort level, it’s a health issue, they don’t want anything in their water at all that’s going to be detrimental to their health. There’s always going to be something in the water. It goes back to what I said a few years ago, we need a second source of water for residents that have tap water from Wells 1, 2, 7, 8. Maybe we should look at that. Like Flaherty said, maybe bottled water is a second source,” Morganelli said.

“I think if you actually talk to the licensed professional that runs that dept., that (PFAS) did not get into the system. Well 2 has been offline since Nov. Flush tests that have been done, and there has not been any PFAS of the compounds that are measured…that the system is in fact working the way it’s supposed to and has been monitored that way. If you spend some time and talk to the licensed professional, you’ll get the answer. Even Councilor Mello said a few meetings ago that the discussion of the science and the numbers was better than she could do,” said At-large Councilor Richard K. Sullivan Jr.

“Yes, it has to be open and transparent. There are some issues with field blanks, not just happening in Westfield but across the Commonwealth, coming back from test labs with trace elements in them. For whatever reason this is popping up across the commonwealth, and why they’re now going to three different labs for testing,” Sullivan added.

“I feel confident that we’re in good hands with the professional running that department. (Stayton) assured me there has not been any detection that has gotten into the system. – they are watching this closely. I just think that comments in the public forum that have not been verified through the experts licensed to run our system can do a disservice to everyone as well,” Sullivan said.

“I appreciate what you’ve said, but there is a fine line between what is technically legally accurate and what is really going on here,” Mello said. “Eventually somebody’s going to come looking through these records to see who helped protect the residents and who ended up being complicit. Think about these things in the long run and what we’re doing to the residents, generations of residents.”

Mello credited the Water Department with the work they do on the sewer system in the city to keep residents safe. “They’re doing miracles there,” she said, adding, “With PFAS – that’s not one of them. We need to do better.”