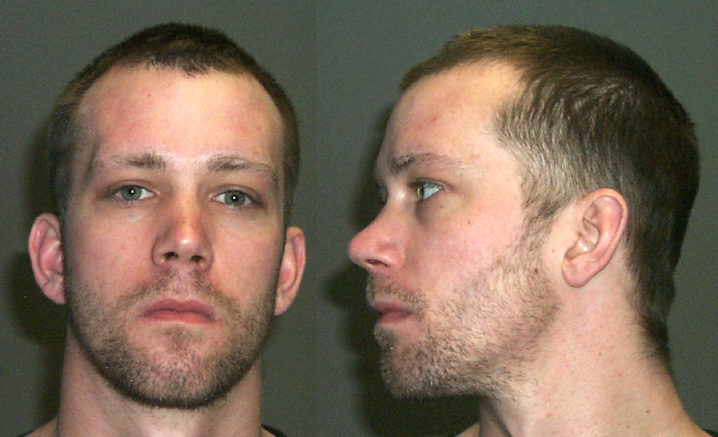 WESTFIELD – A city man appeared in Westfield District Court Tuesday for arraignment in four different cases and was held, in lieu of cash bail, in all four cases.
His girlfriend is implicated in at least three of the cases, police report.
Det. Anthony Tsatsos reports that on September 29, 2014, Kayla R. Fanion, 24, of 67 Pochassic St., went to an East Main Street rental business with her boyfriend, Roy V. Ramonas Jr., 24, of the Bel Air Motel, 387 Riverdale St., West Springfield, and signed a year-long lease for a Sony Play Station 4 game system valued at $520.
Fanion agreed to pay $109.99 each month for 12 months but Tsatsos reports that he found that Ramonas sold the game system to a city video game store the same day for $220.
He reports that the duo returned to the rental store on Oct. 8 when Fanion leased, for $91.99 per month, an X-Box One game system, paying $231.84 by a personal check.
The store was notified a few days later that the check had been written on a closed account.
Tsatsos found, again, that Ramonas sold the second game system the same day Fanion leased it. He was paid $200 for the game system, Tsatsos reports.
Fanion was arraigned in December, in two separate cases, on two charges of larceny of property valued more than $250 and one charge of uttering a false check. She was released on her personal recognizance and is scheduled to return to court on Feb. 2. Ironically, Feb. 2 is Ramonas’ birthday.
Ramonas was arraigned Tuesday for two cases involving the rented games systems and charged with two charges of receiving stolen property valued more than $250 (the two game systems) and for larceny of property valued less than $250.
The second charge reflects the loss that the business took when one of the stolen game systems was seized as evidence. The first game system Ramonas allegedly was paid for had been sold by the store before Tsatsos started to look for it.
The third larceny the couple apparently staged together was at Fanion’s workplace.
Tsatsos reports that Fannion had been employed at a local donut shop where she was working at the drive-up window when Ramonas arrived to make a purchase.
Tsatsos reports that he paid for the purchase with a $20 bill but, as another worker told her employer, when she made change “Fanion handed Ramonas multiple $20.00 and $10.00 bills.”
Her cash register was found to be $160 short and she was terminated.
On Dec. 4, Fanion was allowed to submit to facts sufficient to warrant a guilty finding for a charge of larceny of property valued less than $250 and the case was continued without a finding with probation for six months. She was ordered to pay $160 in reimbursement.
Ramonas was arraigned on the same charge Tuesday for his part in that larceny.
He was also arraigned on charges of receiving stolen property valued more than $250 and larceny of property valued less than $250 after a television, chain saw, leaf blower and power washer were stolen from his estranged wife’s garage.
The woman told police she had left her house because Ramonas had called her for a ride saying that he was stranded in Springfield. She said that, while she was on her way to Springfield, Ramonas called again to say he no longer needed a ride. She told police that she believed he had asked for a ride to get her away from her home so that he could steal from her garage.
In his application for a warrant to bring Ramonas to court, Tstatos pointed out that “Both Fanion and Ramonas are known drug abusers who commit larcenies to support their habits.”
When Ramonas appeared in court Tuesday, Judge Philip A. Contant set bail at $100 in each of the four cases.
Ramonas did not post the bail and was held pending Feb. 12 hearings in each case.