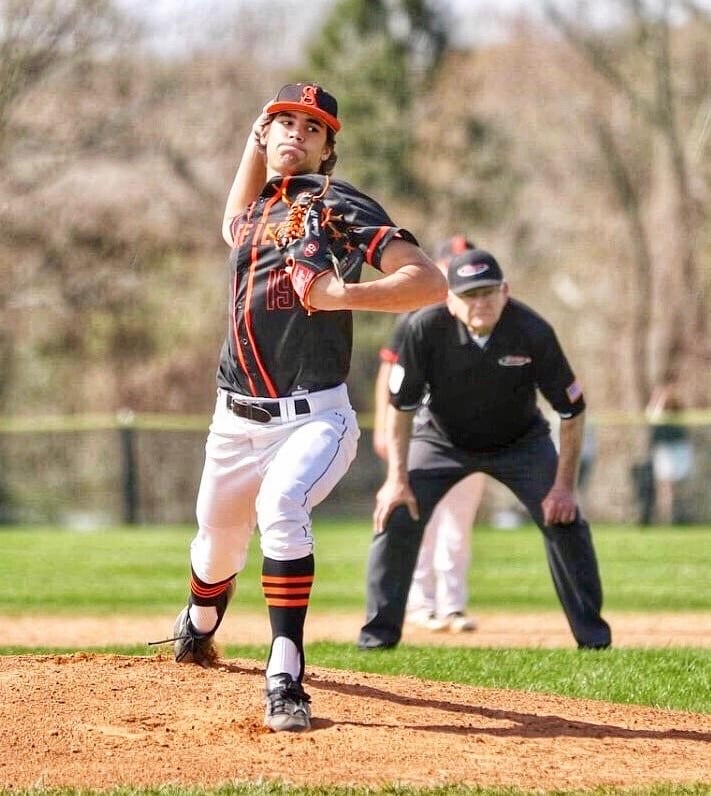 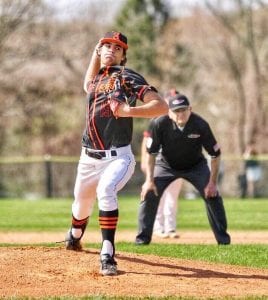 WESTFIELD – Westfield’s own, Carter Cousins, is now a Georgetown Hoya.
A former Westfield Little League and Babe Ruth Baseball All-Star, Cousins, a senior at Suffield Academy (Conn.) recently inked a National Letter of Intent to attend Georgetown University. He joins six other student-athletes who have committed to play for the Hoyas baseball team next fall.
“We’re thrilled to bring this group to the hilltop,” Georgetown baseball head coach Pete Wilk said. “We added some big-time pitchers and also brought in two guys who have a chance to play early in their careers.”
“Overall, I am really excited about the athleticism and character of these seven young men.”
Cousins, a 6-2, 185 pound righty has been a reliable arm for Suffield Academy for three straight seasons, posting a career ERA of 2.10. 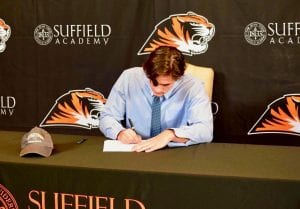 Last season, Cousins finished with a 2.37 ERA, striking out 38 batters in 38.1 innings.
“He’s a bulldog on the mound,” said Suffield 14-year baseball head coach Bryan Brissette, ranking Cousins among the top 10 pitchers his teams have ever produced. “(Carter) obviously has talent. He knows how to pitch with what’s working. If his fastball is lively, he’s going to spot it. If there’s no life on it, he’ll go to something else.” 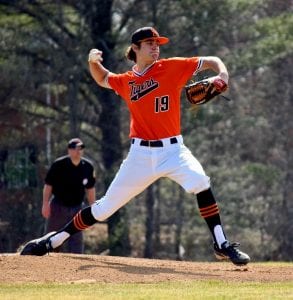 Cousins is not your typical flame-thrower – he still throws hard in the mid 80s – but his pitching acumen is allegedly top-notch.
“I don’t usually get caught up on radar gun readings,” coach Brissette said. “I look at the mentality of a pitcher to get up there and compete.”
Cousins, a two-time Western New England Prep Baseball League All-Star, helped lead Suffield to the conference finals in 2017, and followed that up with a return trip to the semifinals the following year.
“(Carter) is just one of those pitchers that I’d look up in the sixth inning and he would be pitching a two-hitter, and we would be up 4-0,” coach Brissette said. “He’s not going to strike out 15 guys, but he is going to keep the ball off the barrel of the bat.”
Cousins has already earned ace status for Suffield the coming season, his final one at the academy.
“He’s kind of flown under-the-radar,” Brissette said, “but we look forward to him leading our pitching staff this year.”