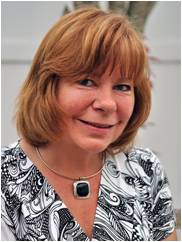 WESTFIELD – Cheryl Crowe is an Air Force veteran, a mother, a wife, a grandmother, and a personal shopper. This Election Day, she hopes to add Ward 6 city councilor to her resume.
Crowe was born in Germany and raised in New Hampshire, but calls Westfield home. She and her husband Mark moved here 15 years ago after Mark retired from the Air Force. Crowe had already left the military when their daughter, now in her 30s, was growing up. The family traveled while in the military and when it came time to settle down, they chose Westfield.
Today, the Crowes have three children, five grandchildren, and a beloved dog. They live in Hampton Ponds in a cottage with a view of the water and friendly neighbors.
Crowe works part-time at Macy’s and is the president of the Hampton Ponds Association. She also serves as a member of the Westfield Planning Board.
“I want to take the next step,” she said of her bid for Ward 6 councilor. “I love this community and I just want to do more for my community.”
Crowe said her experience as a Planning Board member, and with the Hampton Ponds Association, made her want to do more.
Crowe has spent the past four months knocking on doors in the ward, which has about 2,000 residents. She said everywhere she goes, she asks residents what’s on their minds.
“The number one thing they talk about is roads, and number two is taxes,” said Crowe. “I don’t make promises and I tell people that I don’t know if we can lower taxes, but I’d like to stabilize taxes.”
Crowe said she would like to see “some work done” on the north side of town.
“We have a lot of road concerns here, and Papermill Road is especially a problem – the people who live there are fed up,” she said.
Truck traffic on that road, as well as poor plowing, have deteriorated the street which is also home to an elementary school with many students who walk to school.
“I’m ready to be an advocate for Ward 6,” she said.
Crowe also plans to keep residents informed by hosting bi-yearly ward meetings.
Crowe said she enjoys visiting local businesses and hiking with her dog. She said she has enjoyed meeting her Ward 6 neighbors.
“I have met great people and I thank everyone for their support,” she said.