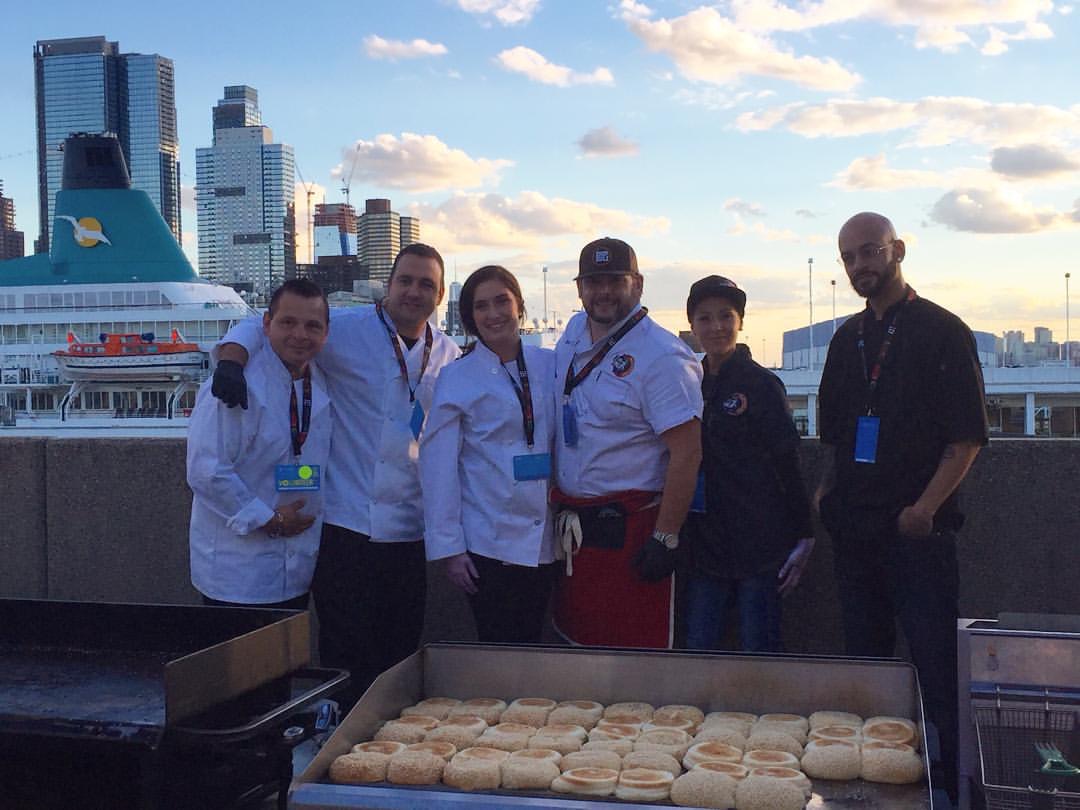 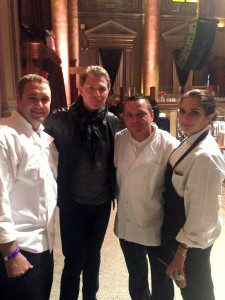 WESTFIELD – Rich Dowling, a computer engineer by day who also indulges in culinary endeavors, relishes giving back to important causes including addressing hunger in America.
Dowling, along with Cori Wanat and Joe Fernandez, were among thousands of volunteers and 500 influential chefs who participated in the Food Network New York City Wine & Food Festival (NYCWFF) presented by Food & Wine Oct. 15-18.
Now in its eighth year, NYCWFF is a charity event that consists of more than 100 events in Manhattan. The Culinary Campus is located at Piers 92 and 94 on the Hudson River. Net proceeds from NYCWFF benefit the Food Bank For New York City and the No Kid Hungry campaign to end childhood hunger in America.
“We were cooking amongst many masters in the kitchen as well as countless celebrity chefs,” said Wanat, noting among them Bobby Flay, Rachael Ray, Emeril Lagasse and Guy Fieri. “Not only was this a great experience but it was also a great cause.”
Dowling echoed those sentiments.
“It was exciting to be accepted on their level,” he said, noting that he been interviewed by the organization on his culinary experience prior to being accepted to lead a team.
Working side by side with the chefs, Dowling, Wanat and Fernandez also helped unload trucks, assisted with setup for several events, and prepped food.
“It was an experience to see how well that size function operates, with little or no issues, since we were all strangers,” said Dowling.
Dowling, the entrepreneur of the soon to be opened The PAHK at 285 Elm St., said the experience provided him with the background to host similar charitable events in the Greater Westfield area. Dowling will serve as head chef and manager at his new business endeavor, while Wanat will serve as assistant manager and sous chef.
“We were excited to represent Westfield while not only giving back, but gaining valuable knowledge in the industry that we work in,” said Wanat.
Signature tasting events that Dowling and his team participated in included “Blue Moon Burger Bash,” hosted by Rachael Ray; “Best Bloody Mary Brunch,” hosted by the cast of Chopped; “The Art of Tiki: A Cocktail Showdown,” hosted by Emeril Lagasse; and “Brunch at Bobby’s,” hosted by Bobby Flay.
“While hectic all weekend at these events, we went station to station, lending a helping hand where it was needed,” said Dowling.
One of Wanat’s favorite experiences was making the batter for carrot cake pancakes with the Food Network’s pastry chefs and Flay’s executive chefs during “Brunch at Bobby’s.” Also during the event, Dowling made mini black pepper biscuits with sliced ham and tangerine marmalade, and Fernandez assisted the chefs with Calabrian scrambled eggs.
For Dowling, it was also an once-in-a-lifetime opportunity to work alongside one of his favorite chefs, Brian Duffy, during the “Blue Moon Burger Bash.”
“During the competitive Burger Bash, we were creating a layered burger which was going as fast as we could make them,” said Dowling. “It was amazing to see celebrities and others at all levels work together.”
Dowling’s team expects to participate in more Food Network sponsored events in 2016, as well as to engage local personalities to host similar events in the region in the coming years.
“It was one of the best experiences,” said Dowling. “We worked day and night, side-by-side with Food Network’s chefs and their supporting staff. We all worked hard because we cared about what we were putting out.”