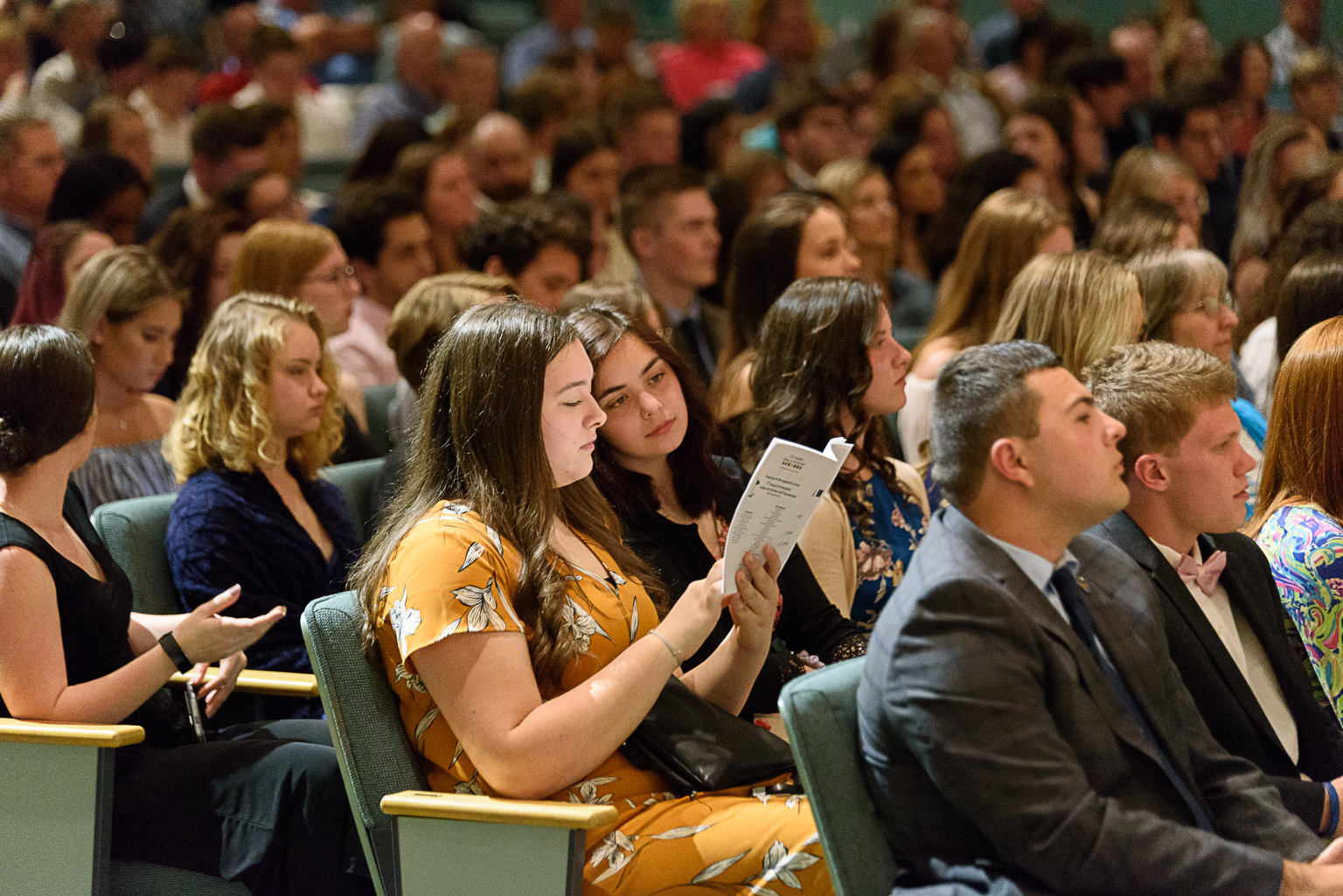 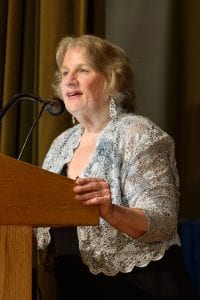 WESTFIELD- The 57th CSF Westfield Annual Dollars for Scholars Awards Night was Wednesday evening at Westfield Middle School, where over 80 named scholarships were given out to high schoolers in Westfield.

Parents, teachers, students, and donors packed into the Westfield Middle School Auditorium for the occasion. CSF Westfield President Cynthia Neary emphasized to the students and their parents that they are extremely fortunate to have received a scholarship that night.

“They are among the best and brightest in all of Westfield,” said Neary, adding that there were many applicants who hoped to receive a scholarship but did not get one.

Neary said the total amount in scholarships being handed out during the awards was the second highest amount in their chapter’s history — 129 individual scholarships were given totaling $147,800. Since 1962, when the Dollars for Scholars chapter was formed in Westfield, the organization has given out $3.6 million to graduating students of Westfield high schools.

Also speaking at the ceremony was Westfield Technical Academy Principal Joseph Langone. He spoke on behalf of himself and for Superintendent of Schools Stefan Czaporowski. Langone took the opportunity to have the soon-to-be graduates stand up and receive a round of applause from the rest of the audience and donors. Langone’s major piece of advice to the students was that they should never make a claim without being able to present evidence to back it up.

His third claim was that none of the positive things in life, including one’s dreams and aspirations come as a result of just one’s own doing as if they lived in isolation. Langone then offered evidence foe each of his three claims. 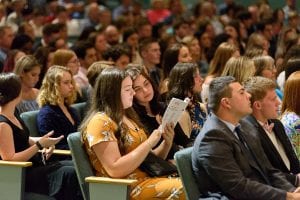 “All of you are proof that one can try to make their dreams become reality through hard work, through dedication, through perseverance,” said Langone, “and I’m sure all of you, to a greater or lesser extent, have also experience both struggle and sacrifice, having to put things you want and like aside to that what is real and what is the goal can happen and become life for you.”

The next speaker was state Rep. John Velis, a graduate of Westfield High School.

“Let’s just say that I was not a recipient in high school and college,” Velis joked, “but I did have a support system.”

Velis left the audience with four pieces of advice. He urged the students and their families to not fear failure and to expect the unexpected, as it will happen to everyone. He gave a piece of advice once given to him by his mother that they should do something scary once a day. He urged the students to be nice people overall, and finally to be able to laugh at one’s self. 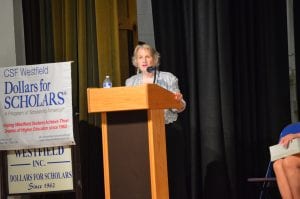 Samantha Whalen, a member of the CSF Westfield Board of Directors and recipient of one of their scholarships in the past, also spoke. The final speaker was Kelsey Kitonic, who was a recipient at last year’s awards and gave a note of thanks to the organization.

Neary announced at one point that there are 64 colleges throughout the U.S. that have a policy to match each scholarship given to it’s students. Neary said that seven Seniors in the audience would be attending colleges with such a policy, and the scholarships they received that night would be effectively doubled.

About 70 donors came to present their scholarships to the students.

“The donors are crucial to our mission to give our students access to higher education,” said Neary