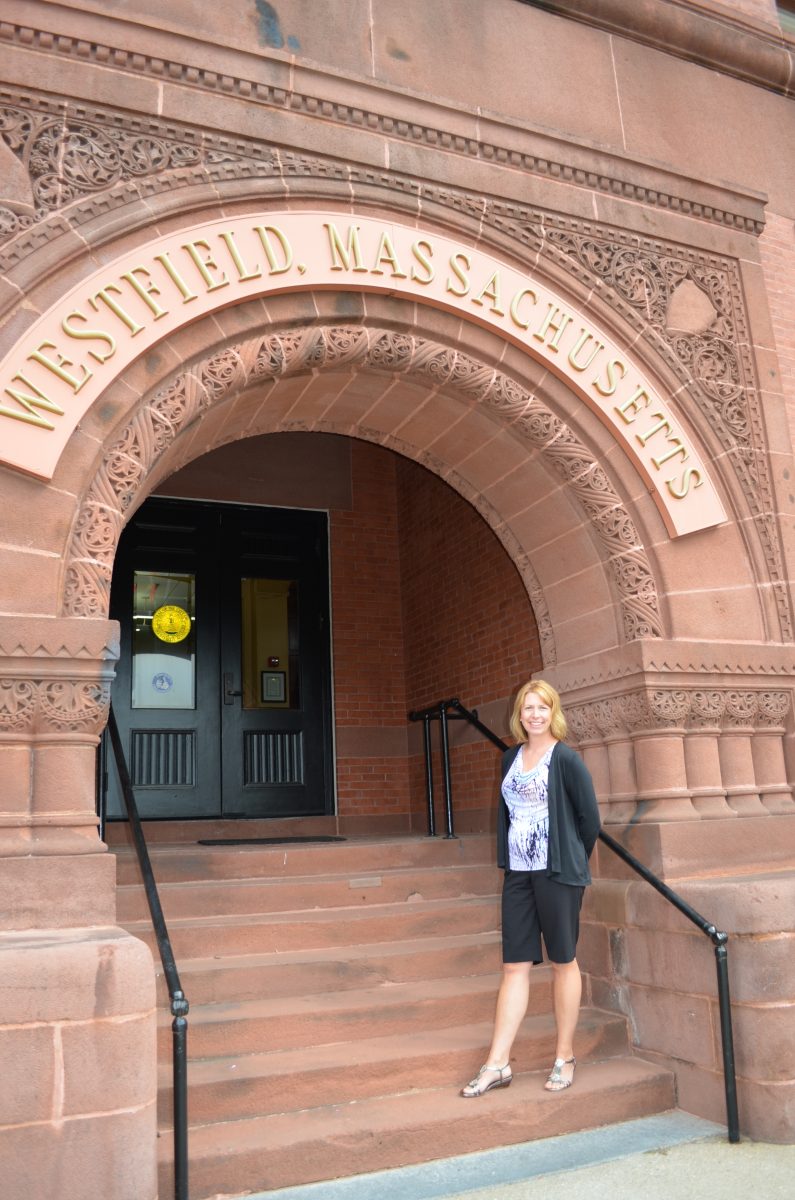 WESTFIELD-Amber Danahey, the city’s new community outreach coordinator, sees her role as one of “engagement” with businesses and constituents in all facets of life in Westfield. 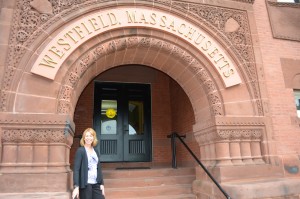 Having just surpassed her first 90 days in Suite 300 at City Hall, Danahey reflected on Wednesday morning of how she sees her engagement role unfolding over time.

“Two-way communication is an important way to engage the public and make more connections,” she said. “We also plan to increase our social media presence.”

“Community outreach and engagement has become increasingly important, particularly with the emergence of social media,” said Sullivan. “Facebook, Twitter, and countless other apps have changed how people are informed about local government.”

Sullivan noted that the days of the mayor and department heads meeting with reporters who cover the “City Hall Beat” is no longer enough.

“Those connections remain important but people are looking for more two-way communication, and my vision for Amber is to have her serve as a conduit between City Hall, the citizens, the business community, and our nonprofit community,” said Sullivan.

Since Danahey started May 31, she has made it a point to drop in on businesses when her schedule allows introducing herself. Additionally, she has attended several events including ribbon cuttings, one of Sullivan’s “coffee hour” sessions, and a “business mixer” networking event conducted Tuesday night, hosted by real estate agent Leslie Lambert. Danahey has also attended a legislative tour at the Massachusetts Air National Guard – 104th Fighter Wing at Barnes ANG Base, and a meeting of the Massachusetts Mayors’ Association.

“When communication breaks down, it becomes more difficult for my Administration to explain why or how certain things happen,” added Sullivan. “An informed and engaged public makes for better government, and that is really what we’re all striving for here.”

“The last 90 days have been eye-opening,” said Danahey. “Everyone I have met has been so nice, so helpful, and has had great suggestions and recommendations.”

Danahey explained that during Tuesday night’s event, she reviewed some of her top priorities which include business tours, outreach and honest discussion with business owners, as well as creating partnerships and sharing mutual goals with nonprofit organizations. Additionally, her role will include face to face communication with constituents, as well as broadening the city’s social media presence on Facebook and Twitter. Her “outreach and engagement” working with government will include assisting with communications and projects, and helping to roll out new city initiatives.

“Public collaborations are also important to my role and will include working with service organizations as well as groups including Westfield on Weekends and the Opioid Task Force,” she said, adding one of her big projects will be to assemble a steering committee for the city’s 350th Birthday which will be celebrated in May 2019.

Danahey noted she expects a “learning curve” in her new role since her professional background has been in human resources for the private sector. She graduated from Framingham State University with a Master of Art degree in Human Resource Administration, and received a Bachelor of Arts degree in psychology from the University of Massachusetts at Amherst.

“There is a pace change from the private to public sector,” she said, noting a lot of “planning ahead” is needed due to funding considerations and approvals from City Council members.

As Danahey navigates her new schedule and the piles of paperwork on her desk, she is also cognizant of her family’s needs that include being part of a high school carpool. Danahey and her husband John have two children, Johnny, 18, and Megan, 14, who are both attending Westfield High School.

“I wanted a job to be local because of my kids and I wanted to get out of the box and leverage my own skills,” she said. “This position also came at a good time in my career to be able to step back and make a positive impact on my community.”

Danahey and her family have lived in Westfield since 2000, and she has been an active volunteer with several groups including the Westfield Youth Hockey Association, the Parent-Teacher Organizations at the Munger Hill Elementary School and the North Middle School, and the Westfield Foundation for Education. She has also been a volunteer in the public schools, and has served on the city’s Conservation Commission.

Danahey knows she will be “wearing many different hats” in her job, including representing Mayor Sullivan when he is not available.

“The way I see it we have endless opportunities to create stronger relationships with gems in our city,” she said. “I will do my best as a member of this team to make good things happen in Westfield.”