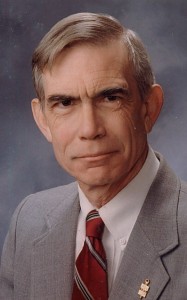 Westfield-David Leland Thatcher passed away at age 70 on July 26, 2014 in Noble Hospital of acute Myeloid Leukemia. He was born April 16, 1944 to Jesse B. Della (Stone) Thatcher in Scranton, PA, raised in Burlington, NC, graduated from High School and started in radio in Syracuse, NY. He was drafted into the U.S. Army in the first Vietnam call-up in 1965, and was an electronic service technician on the Nike Hercules missiles in Germany. He was honorably discharged in 1967. He lived in Westfield, MA since 1971.

He and his wife, Mary Ann (Chase) Thatcher celebrated their 40th wedding anniversary, December 8th, 2013, and they have two adult children, Eric Thatcher of Westfield and Heather Thatcher who lives in Dallas, Texas. He is also survived by his sister, Barbara Zippi of Syracuse, NY and her family. In addition to his parents, he was pre-deceased by his brother Keith Thatcher.

A broadcaster for 50 years, he retired in August of 2011. Thatcher was an artist all of his adult life. It was not until he was in his fifties, however, that he had any formal art training, first at Holyoke Community College where he graduated Phi Theta Kappa, then from the University of Hartford’s Hartford Art School, Magna cum Laude in 2000. That same year, he opened his Studio at Mill Park in Springfield. In 2009, he moved the studio to its present location at 102 Elm Street in Westfield. He was a past president of the former Springfield (MA) Art League (2003). The strongest influences of his work came from his teachers such as Frank Cresotti, Scott Prior, David Moriarty, as well as the late Gregory Gillespie and Steven Brown. From February until April of 2013 he had a solo exhibition of his art at the Warner Theatre’s Atrium Gallery and Nancy Marine Studio Gallery in Torrington, CT.

He started in Radio as an announcer at WSOQ in Syracuse, NY in August of 1961 and retired from WDRC in Hartford, CT August 31st, 2011. Over that half century, He held every position in broadcasting from DJ to News reporter and News Director, Advertising sales, Program Director, Producer and General Manager. On air, he worked with all formats, from beautiful music to Rock and Roll, Classical, Jazz, and talk radio. In fact, in 1963, he was one of the first in the nation to do “Telephone-Talk Radio.” He worked mostly in the Northeast, At WPBS in Philadelphia, PA, WJLK, WHWH in New Jersey, WAPC on Long Island, WNNZ, WMAS, the former WDEW, WLDM, and WREB in Springfield, MA area and WDRC in Hartford. In the early ‘70’s, Thatcher was the first in New England to broadcast locally on cable TV on the former Spectrum Cable in West Springfield, MA. Among those he interviewed during his career were Dr. Martin Luther King, Lawrence Welk, Curt Gowdy, Micheal Dukakis, Art Linkletter, race car driver Bobby Unser, hockey player Gordy Howe, and comedian Norm Crosby. In the mid ‘70’s he was the producer of “Crossroads Radio” for the Passionist Radio TV Center in West Springfield, MA. In the late 1980’s he also owned and operated Chicopee Appliance Parts Supply in Willimansett.

A classical music buff, he and his wife were season subscribers to the Springfield Symphony Orchestra. A member of the Westfield’s First United Methodist Church, he has served on a number of Church Committees and sang in the choir for over 20 years.

The funeral will be held on Saturday August 2 at 3pm From the Firtion-Adams Funeral Service, 76 Broad Street, Westfield, MA. Calling hours will precede the service on Saturday from 1-3 pm. Burial will be private. In lieu of flowers donations may be made to the Sister Caritas Center, Mercy Medical Center, 271 Carew St., Springfield, MA 01104. Firtionadams.com