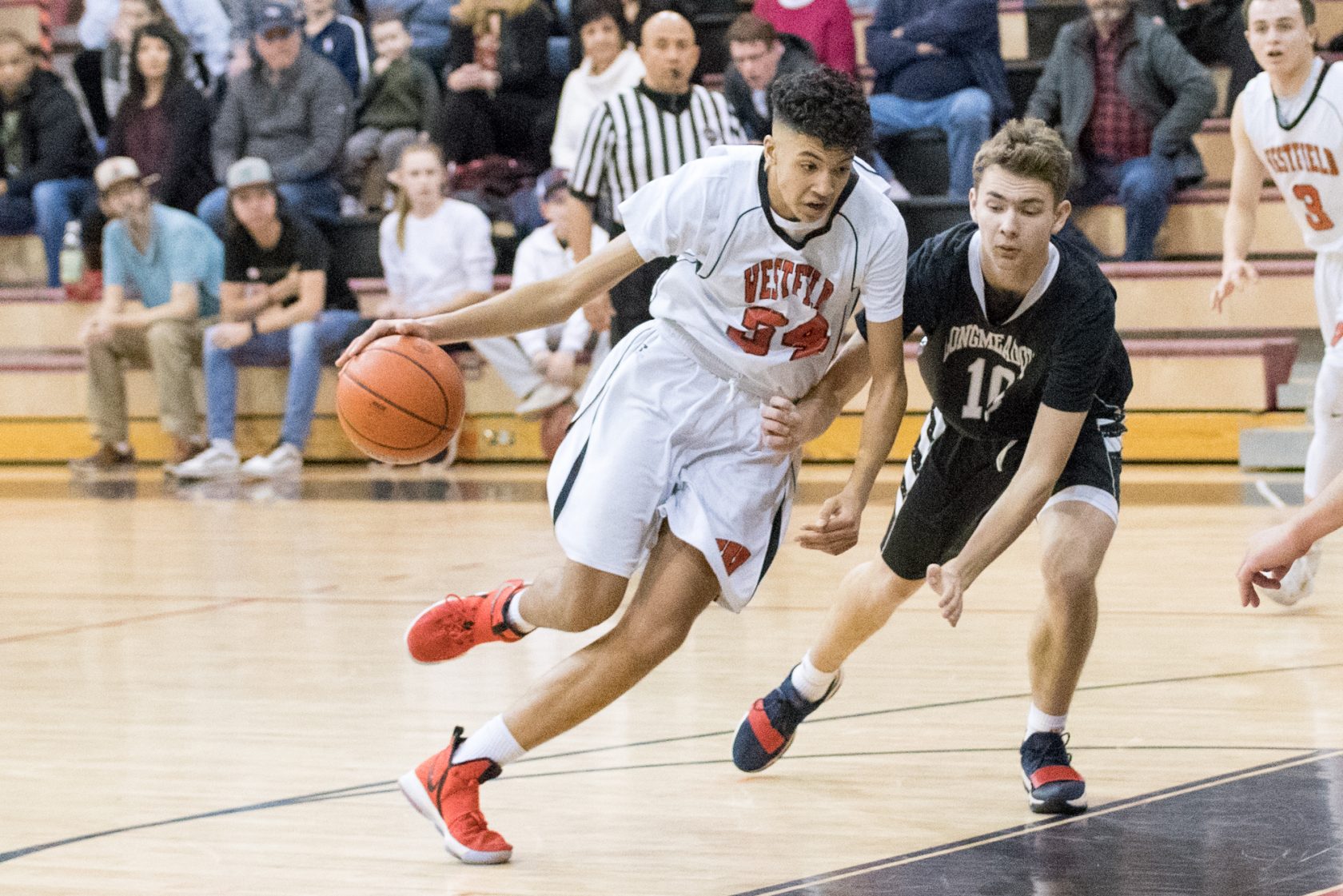 WESTFIELD – It is a matchup of Biblical proportions. David vs. Goliath, or in this case – Westfield vs. Central.
On Tuesday, the fifth-seeded Westfield Bombers will travel to Western New England University to take on the undisputed leader of boys basketball in all of Western Massachusetts, the Central Golden Eagles, in a Division I semifinal.
Tip-off is scheduled for 8:15 p.m. 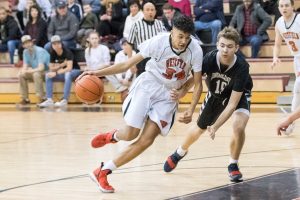 Westfield’s Kam Wells drives to the basket against Longmeadow during a regular season contest. Wells and the Bombers will travel to Springfield to take on the Golden Eagles in a West Division 1 boys basketball semifinal Tuesday night at Western New England University. Tip-off is at 8:15 p.m. (Staff photo)

Central finished the 2017-18 regular season undefeated at 20-0. The Golden Eagles enter the postseason the overwhelming favorite as the number one seed, and for that they were rewarded with a first round bye.
No. 5 Westfield (14-7), which at times this season looked sensational and at others stumbled trying to maintain consistency, shined on Saturday in a quarterfinal round victory over fourth-seeded Chicopee Comp (15-6).
Westfield was firing on all cylinders in that contest, making Comp’s heads spin and rattle like bobble-head dolls with an up-tempo offense that brought the “Bomb Squad” to their feet. The Bombers will need to duplicate that effort times 10 to take down the reigning Western Mass champ.
“They say it’s ‘March Madness,’” Westfield senior guard Aidan Dunn said. “Anything can happen.”
A No. 16 seed has never beaten a No. 1 seed in the NCAA men’s Division 1 basketball tournament. At least Westfield is not a 16 seed, 15 seed, 14 seed, 13 seed, etc. Anything truly can happen as fans in New England know as the Patriots upset the St. Louis Rams in Super Bowl XXXVI. The Red Sox stormed back from an 0-3 deficit in the 2003 American League Championship Series to defeat the New York Yankees in Game 7 en route to lifting the Curse of the Bambino with their first World Series title since 1918.
Is a Bombers upset also in the cards? Let the Madness begin.