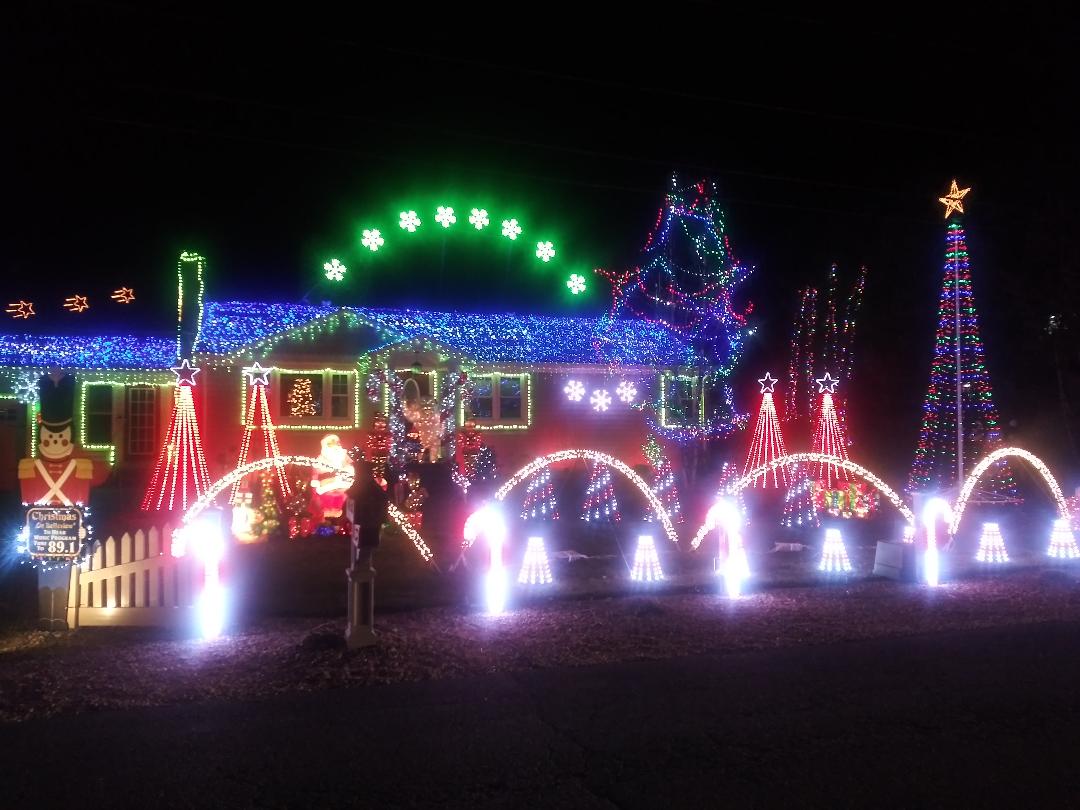 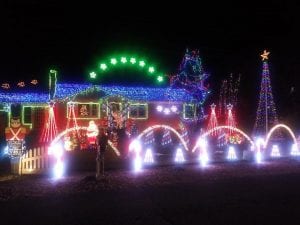 The well-known “Christmas on Belleview” house is one of many participants in the Westfield on Weekends’ DecemberFest Holiday Lights Challenge. (CHRISTMAS ON BELLEVIEW PHOTO)

WESTFIELD – The Westfield on Weekends’ DecemberFest drive-by Holiday Lights Challenge is underway, with homes across the city lit up in holiday splendor.

Residents are encouraged to continue to sign-up for the challenge, either as a contender for a cash prize or in the “Just for Fun” category. The tour runs through Jan. 2.

One stop along the Challenge is no stranger to many area residents – Christmas on Belleview at 28 Belleview Drive. The home features numerous displays set to music and is a beloved tradition for families each year.

Homeowner Daniel Rollend said, however, that just because his well-known home is part of the Challenge, it should not deter others from joining all the fun.

“My neighbors always say there’s no point in putting up lights ‘Because who can compete with that’,” said Rollend. “Having said that, I think the more participants the better. It’s about Christmas spirit, not a competition.”

Rollend said it’s a “the more the merrier” event.

“The community needs as many people as possible to spread some cheer right now. I believe that Christmas spirit isn’t measured by the number of lights on your house,” he said, “that’s why we are partnering with the Westfield Food Pantry this year in hopes that our bright lights bring some joy to others during a dark time. “

Rollend is collecting monetary donations to the Westfield Food Pantry this year. His display is nightly from 5-9:30 p.m.

Christmas on Belleview started out as an average Christmas display.

“Our lights are 15 years in the making,” said Rollend. “We started out with just your standard lights on the roof line and bushes, and then some snowmen, and then some giant ornaments…you get the idea. Each year I try to add something new, but I always keep some of what have become our ‘classics’ like Disney’s ‘Let it Go.’ All those little girls singing out the sunroof of their cars would be very upset with me if I didn’t include that!”

All that cheer takes time to set up, well before Christmas.

“I start setting up just after Columbus Day, and the show lights up Thanksgiving weekend,” said Rollend. “I would estimate that I exceed 100 hours for set up and programming of all the music to coordinate with the lights. There are some new songs this year that are upbeat and designed for a sing-a-long. Some of them are not Christmas songs, but meant to be fun. We also added a couple of new pop Christmas songs as well. The props in the front of the yard are new including all the candy canes on the fence line and the small and medium LED trees.”

The lights began as something Rollend did for himself and now it is for everyone.

“When I started this, I was doing it for my own entertainment,” he said. “Over the years it’s become a part of the community. Some families make ‘Christmas on Belleview’ a yearly tradition. We didn’t really realize how much it all meant to the community until 2019 when we weren’t able to do the show. The outpouring of support on our FaceBook page was overwhelming. We knew we had to bring it back again, better than before.

“I think the competition sponsored by Westfield On Weekends is a great way to bring out the Christmas spirit in our community and helps to showcase all the Christmas spirit and hard work of these homeowners that otherwise may not be so widely enjoyed. It draws attention to neighborhoods like ours, where there is more than one house decorated and the wider community may have missed out on the awesome lights if Westfield on Weekends didn’t bring attention to it.”

Participating homes on the tour are highlighted on an interactive map that visitors can follow, similar to the PumpkinFest Haunted House Tour.

“Knowing that the online map for the Scarecrow Trail and Haunted Houses tour was viewed by more than 23,000 people, we felt it made perfect sense to follow the same format for DecemberFest,” said Jason Polan, WOW event director. “Each decorated home will be denoted on an interactive map on the WOW website, westfieldonweekends.com, that can be followed by families who wish to make the tour.”

Signing up is easy.

“Registration for the challenge may be easily accomplished,” said Polan. “Folks are asked to send a message with their names, addresses and photos of their displays to WOW’s Facebook page. A $15 entry fee to support the prize giveaway can be forwarded by texting ‘GIVE’ to 833-500-9560.?

For those just looking to share some cheer but not be part of the prize contest, simply notify WOW via Facebook messenger to be in the Just for Fun category.

The community is asked to drive by the displays then vote for their favorite houses by “liking” them on WOW’s Facebook page. Winners of the challenge will be announced on or about Jan. 2.