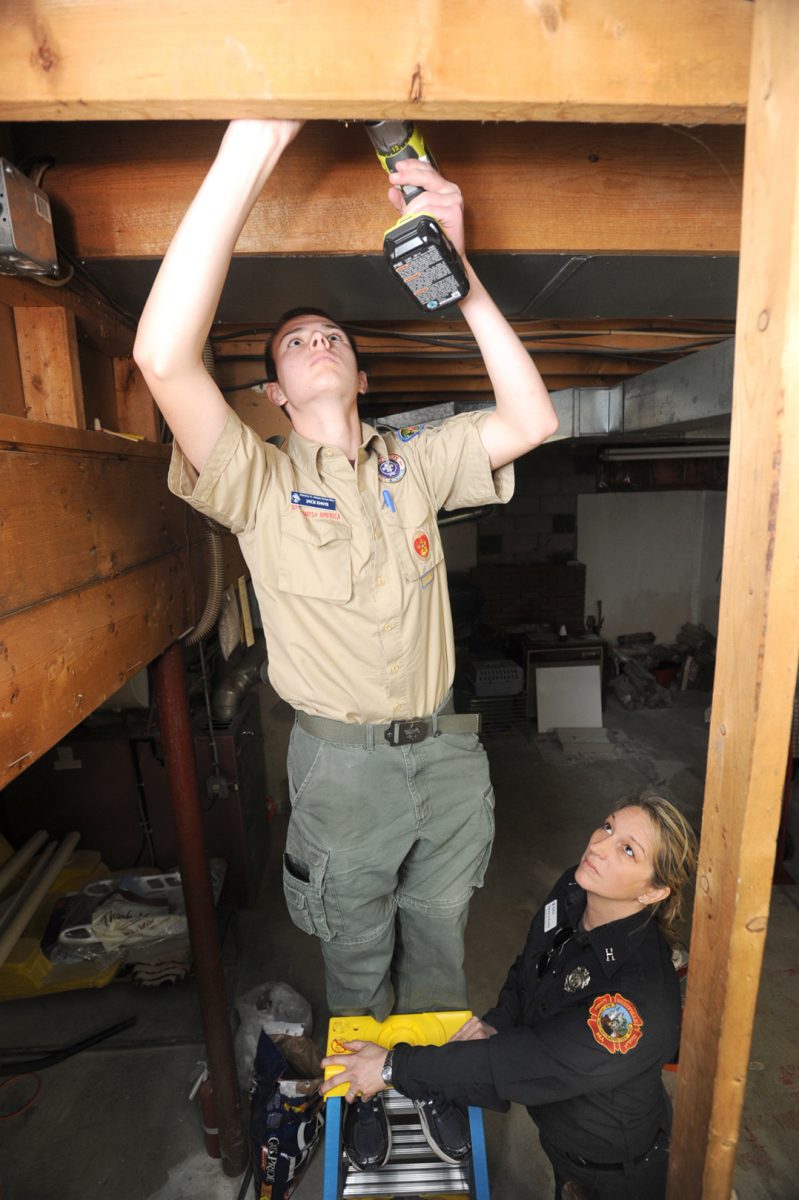 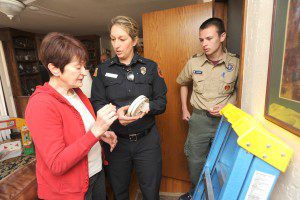 WESTFIELD – About a dozen of the city’s senior citizens have new or serviced smoke and carbon monoxide detectors thanks to an American Red Cross program implemented in Westfield with the assistance of the Westfield Fire Department and local Boy Scouts. 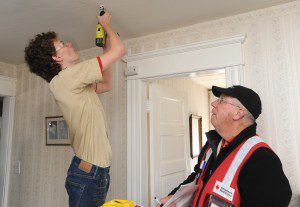 Mary Nathan, disaster program manager for the American Red Cross of Western Massachusetts, explained that the Home Fire Preparedness Campaign is an initiative of the national Red Cross organization with a goal of reducing home fire deaths by 25 percent during the next five years.
She said that the western Massachusetts chapter is working with the fire departments in all of the 101 cities and towns in the four western Massachusetts counties in an effort to install 1,000 smoke detectors by the end of June. An additional 10,000 detectors are expected to be installed in the next fiscal year, she said.
In each of the communities where the Red Cross is conducting the program, Nathan said, the agency works with the local fire department – which provided the expertise – and another
organization which provides volunteer manpower. 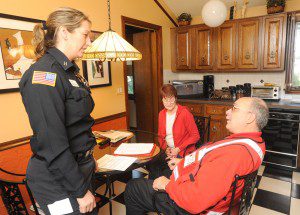 In Westfield, the assistance was provided by Boy Scouts from several local troops as firefighters and Red Cross volunteers fanned out across the city to help keep senior citizens safe.
In each of the homes visited, the volunteers serviced, replaced and installed additional smoke and carbon monoxide.
In addition, the Red Cross volunteers explained to the residents the code requirements for detectors and told them how to replace the batteries, test the units and keep them viable so that, in case of fire, residents will have early warning if evacuation of their home is necessary.
“This is really a great thing you’re doing” said Geraldine Brennan Saturday morning as volunteers installed additional detectors in her home.