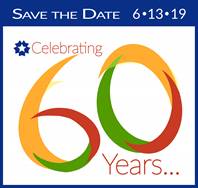 WESTFIELD-Later this month the Greater Westfield Chamber of Commerce will take a stroll down memory lane – as well as look ahead – in celebration of its 60 years in the city.

The Chamber’s 60th Diamond Celebration is slated June 13, beginning at 5:30 p.m.,  at The Ranch Golf Club in Southwick. Tickets are $60 per person and the event is open to the public.

“We are going to have quite a display of historical memorabilia and the event will be quite nostalgic, as we walk down memory lane, and look at the future of the Chamber,” said Kate Phelon, executive director.

“Looking at historical records, the Chamber has evolved in many ways,” said Phelon, who first joined the organization around 1990 with her former business, Parker, Phelon & Associates.

Phelon was named executive director of the Chamber on Jan. 1, 2011.

“From pictures and newspaper clippings, it is evident that the membership consisted mostly of men, which was indicative of this time period of 1959 with men holding executive or upper management positions,” said Phelon.

Phelon added that another “distinct evolution” of the Chamber was the demise of the Spark Plugs.

“The original purpose of this distinguished group of business owners had one of the most important roles in the Chamber,” said Phelon, adding, “it was to enlist the financial support and active participation from business leadership.”

What hasn’t changed over the years, according to Phelon, is the message from the Spark Plugs to sell “Westfield” and the Chamber to every business.

“It’s just changed from a large, active, and solid core group of business leaders to the executive director and the membership committee to build membership, financial strength, and attract leadership to the Chamber,” said Phelon.

A task force led by Edward C. Marth, who earned the distinguished title of “founder of the new Chamber,” convened a group of men in an office at 11 Franklin St. in early 1959 to formalize the organization. The Chamber’s charter was received on Aug. 10, 1959, and on Jan. 1, 1960, in an office in the Morrissey building on the corner of Elm and Main streets, the Chamber was officially operational.

Over the years the Chamber has also had offices at 166 Elm St., 53 Court St., and the current location at 16 North Elm St. which is known as the Train Depot building.

The current membership is 256 and is “growing every single day,” according to Phelon.

As part of Phelon’s remarks at the upcoming celebration, she will shed light on the strategic planning work that the board of directors is engaged in, as well as the contributions that committees make to “continually look at how and why we do what we do with the underlying concern of providing value to every member.”

Phelon also noted that within the past two years, the Chamber has formed partnerships to impact workforce and economic development across the area. The Westfield Education 2 Business Alliance focuses on bridging education to business and business to education, and the Go Westfield program, a partnership with the City of Westfield, Westfield Gas & Electric/Whip City Fiber, and Westfield Bank, drives economic development within the city “by telling our story locally, regionally, and nationally.”

As attendees take in the history – and future endeavors – of the Chamber on June 13, one constant will remain in its continued mission – to serve the businesses and organizations it represents by providing a “plethora of services, programming, and opportunities” that can impact their own businesses or collectively in the local communities.

“Through advocacy, education, and information, the Chamber supports local businesses on important regulatory, legislative, and educational issues that directly affect companies today,” said Phelon. “We understand their needs, and can be their voice in the political arena, both at the local and state level. We are a link to influential people, innovative ideas, and exclusive opportunities.”

For more information on the celebration and to make reservations, call the Chamber office at (413) 568-1618.