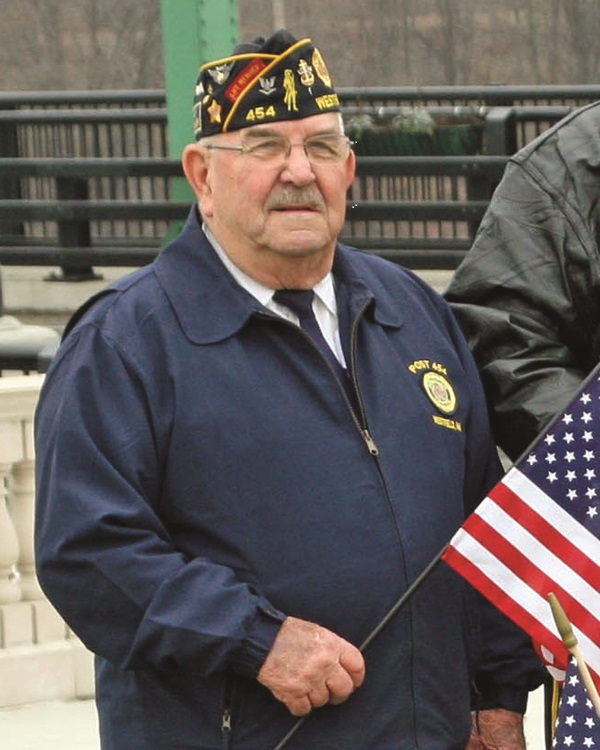 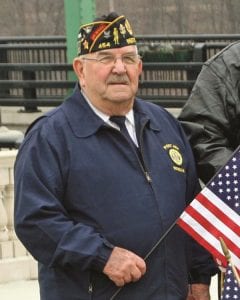 WESTFIELD – Although there was no parade or crowds of people waving flags, the city recognized Memorial Day May 25 with a somber ceremony at Parker Memorial Park.

The small ceremony was recorded and aired on Westfeld’s cable channel 15 and included the traditional laying of wreaths, military gun salute, playing of Taps and speakers from the city, state and veterans’ organizations.

Memorial Day dates back to the end of the Civil War when the graves of fallen soldiers were decorated by loved ones. Originally called Decoration Day, it became officially recognized as the Memorial Day holiday in 1971.

Senator-elect John C. Velis spoke during the event and said he knew that despite the COVID-19 pandemic, Westfield would honor its fallen.

“I knew that the City of Westfield would stop and pause today,” he said.

Velis said he googled Memorial Day and found many articles about beaches and retail sales before finding articles about the meaning of the day. He said Westfield has always recognized the true meaning of Memorial Day, which is to honor “those who made the ultimate sacrifice to this nation . . . all gave some, and some gave all.”

After graduating high school, Trusty entered the U.S. Navy and was assigned to work on blimps where he spent World War II protecting the United States from the skies. When he returned he married his wife of 64 years, whom he met in elementary school. They had three sons and a daughter, he owned and operated Young & Trusty Flooring and spearheaded the organization of veteran groups.

Ragone said Trusty held every possible role in Post 454 and was hard-working and well liked. Trusty had a “booming laugh” and sense of humor, said Ragone.

Trusty was described as being “very humble” and did not want accolades during his life.

“You deserve these kind words and we will forever miss you,” said Ragone.

Mayor Donald F. Humason Jr. said even during a pandemic the residents of Westfield would honor Memorial Day.

“We find ourselves gathering without gathering,” he said. “Westfield is an extremely patriotic community.”

Humason noted Trusty as well as the numerous veterans who died recently at the Soldiers’ Home of Holyoke from COVID-19.

Master of Ceremonies for the event was Gary Fontaine of American Legion Post 124 and Chaplain Richard Olechna offered prayers, asking God to “keep us steadfast in the cause of human rights and liberties” and “the power to do what is right.”