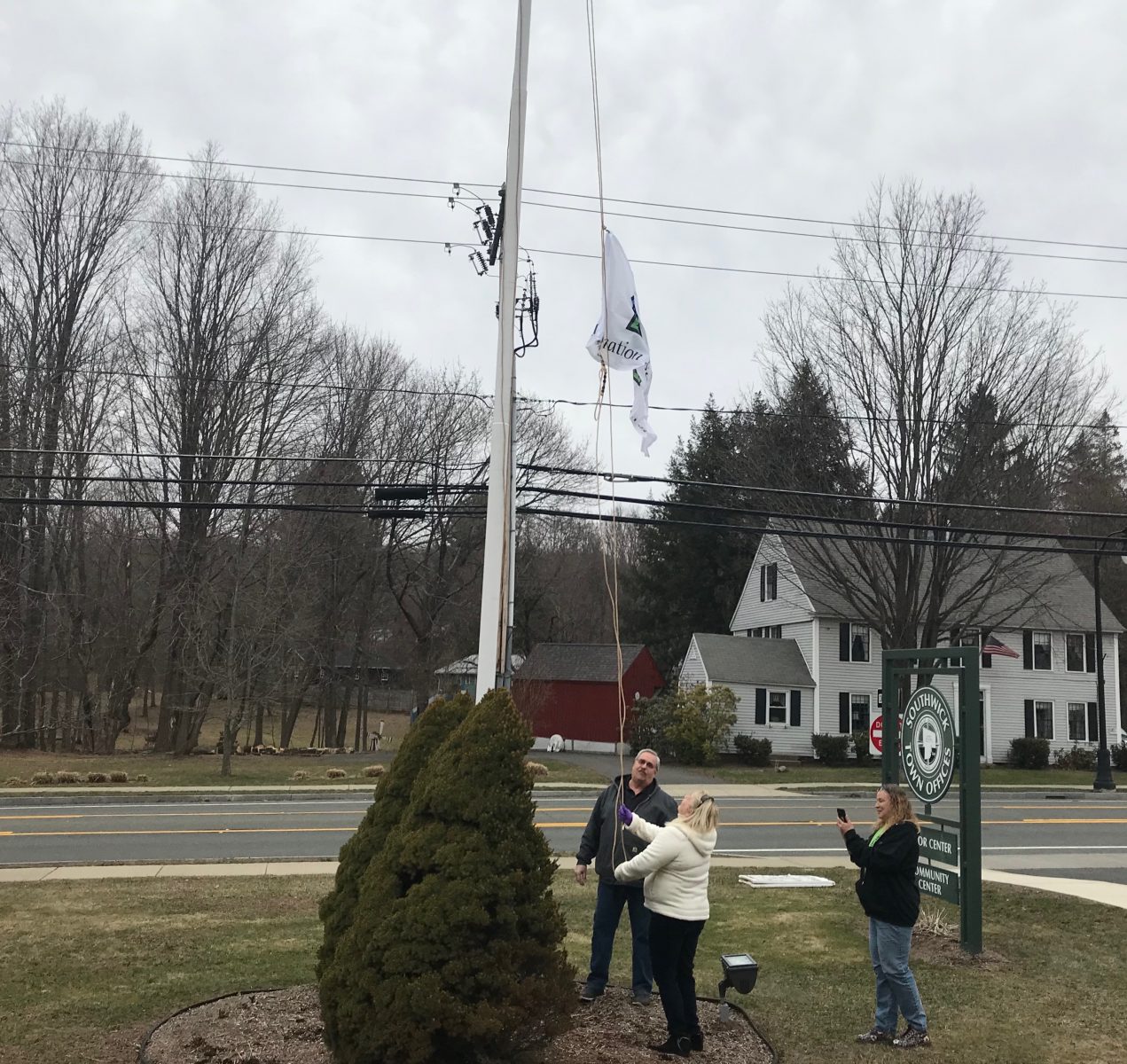 SOUTHWICK – A ceremony was held at the Southwick Town Hall on Tuesday night to celebrate April as Donate Life month. This is the sixth year in a row a Donate for Life ceremony has been at the town hall

Southwick resident Sharon Alexander has been hosting the event each year as the cause has impacted her life. In June of 2008, Alexander’s friend, Dan Arnold, passed away at the age of 36 from a dirt bike accident. Prior to his passing, Arnold had the desire to donate his organs to those throughout New England that may be in dire need of them. 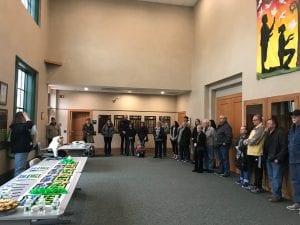 People throughout the community are seen in the hallway of the Southwick Town Hall for the Donate for Life ceremony. (Photo by Greg Fitzpatrick)

During that same year, fellow Southwick resident Beth Bradley experienced a heart attack and had complications when her main cardiac artery was seized. After being put on a waiting list for an organ, Bradley was given Arnold’s heart 22 months later.

“It’s incredibly important to be a donor,” said Alexander.

At the ceremony on Tuesday was Candy Oyler, a 57-year-old resident of Southwick. About a year ago, Oyler went to the hospital for Cardiomyopathy as a result of the Chemotherapy she received at 14-years-old when she was diagnosed with bone cancer.

Over the next three and a half months, Oyler went through different heart operations and became sicker eventually leading to her kidneys beginning to fail. Doctors then informed Oyler that she would have to wait six months to a year in a hospital for an organ donor.

Despite that, just five days later, Oyler received quite the shocking phone call from the doctor.

“The doctor called on the phone and it was my miracle heart,” said Oyler.

Receiving her new heart on June 24, 2018, Oyler remained in the hospital recovering for multiple weeks. 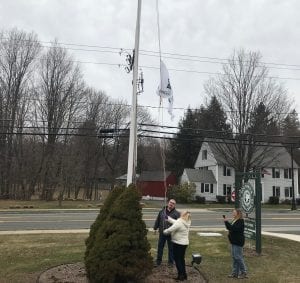 Candy Oyler is seen raising the Donate for Life flag outside the Southwick Town Hall on Tuesday night. (Photo by Greg Fitzpatrick)

Oyler is so grateful to have received the heart and avoided a worse outcome since she was diagnosed with bone cancer at age 14.

“How lucky am I to have 43 years with no issues?” said Oyler.

While the person that gave Oyler their heart was in a coma and passed away, Oyler is hoping that she can find out who it was and reach out to that person’s family. Oyler also hopes that other people can see the impact being an organ donor can have on another person’s life.

Oyler was also given the opportunity at the ceremony on Tuesday to raise the Donate for Life flag on the flag pole outside the Southwick Town Hall.

According to Donate for Life, more than 120,000 people are on the transplant wait list and every 12 minutes a new individual is added to the organ list. It’s also reported that 22 people die each day because they don’t receive their organ in time.

A non-profit organization, Donate for Life is all across the United States and helps increase the awareness of being an organ donor and how to become one.