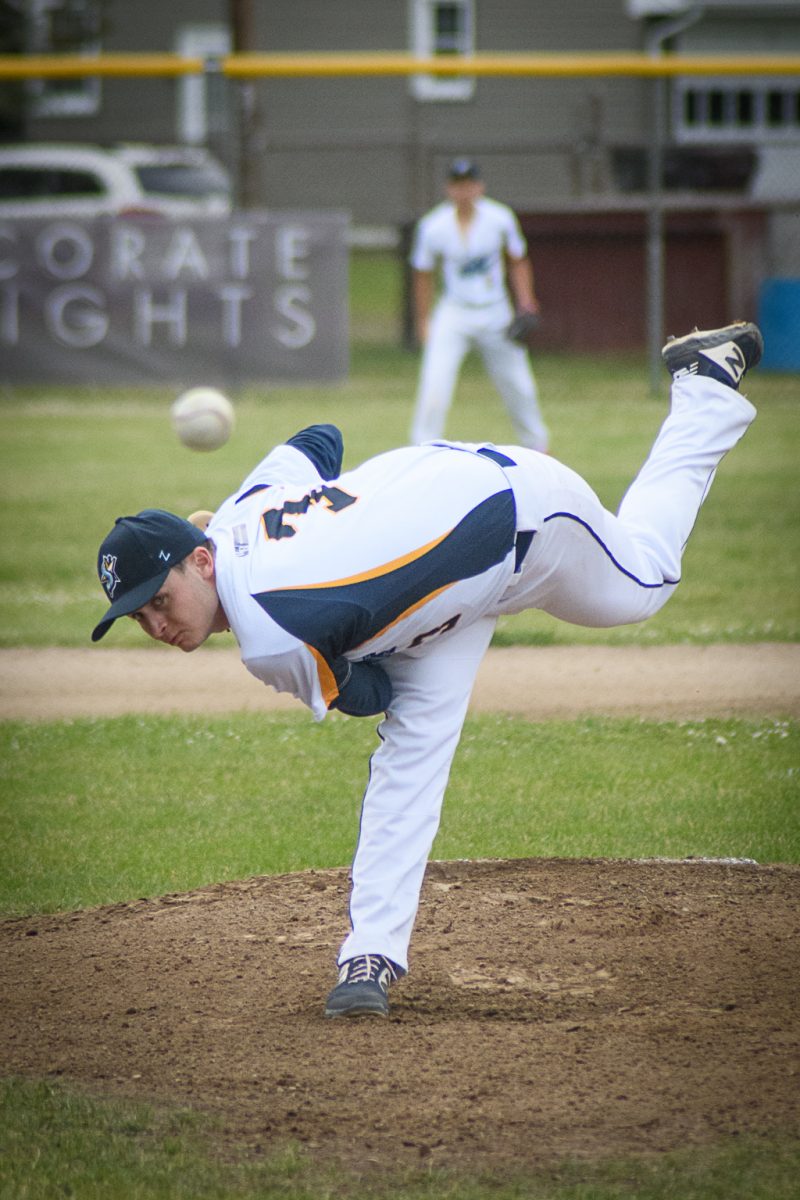 WESTFIELD – Impressive pitching and a clutch hit fueled the latest Starfires victory.
The Westfield Starfires secured their second straight win of the season in an intense game versus the Brockton Rox, finishing with a final score of 4–1.
Westfield went into the game on Tuesday night confident and prepared after earning their first victory of the season on Monday, looking to put together a win streak to bring into the rest of the week.
With no runs on the board for either team through the first four innings, all eyes were on the mound as the pitchers on both sides put up some impressive stats. 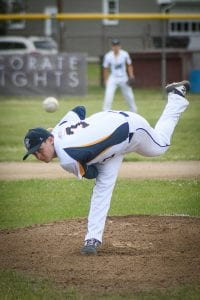 Brockton’s pitcher Tommy Kretzler totaled 10 strikeouts in seven innings pitched, while Starfires pitcher Aidan Dunn had seven strikeouts in four innings pitched. Dunn was able to strikeout three batters in the first inning, a Westfield Starfires first and an exciting way to begin the matchup.
The first run of the game came in the fifth inning in favor of the Brockton Rox, when Andrew Martinez was hit by a pitch with the bases loaded, leaving the Starfires to chase the score. No more runs would cross the plate until the seventh inning.
Elijah Dale got on base in the seventh with a hit to center field and advanced to third base on an error, leaving himself in scoring position. Dale made his way to home plate thanks to a single from Danny Crossen, tying the game at 1-all.
The game winning run for the Starfires came in the eighth inning with Andrew Ciacciarelli getting a hit, landing the ball in deep center field, allowing Devin Kellogg to score. Two more runs would cross the plate after Ciacciarelli’s clutch double in the eighth inning to lock down the win.
Ciacciarelli said that his game plan when he stepped up to the plate that inning was simple – make solid contact and hope the ball goes somewhere.
“I was just going up there trying to hit the ball hard; whether it was a home run or a double,” Ciacciarelli said. “Coach said ‘try to hit one out’, so I went up there and swung as hard as I could.”
Ciacciarelli credits the standout pitching and the team’s strong at-bats with the victory, stating that both factors kept them in the game and helped tremendously.
“Our pitching was phenomenal. They kept guys off base and struck out a ton of batters, so that definitely helps,” Ciacciarelli said. “Then eventually the bats came alive and we were able to score some runs for our pitchers.”
Ciacciarelli said that the key to going forward is to consistently be successful at bat. If the hitting progresses, the Starfires will give opponents a run for their money.
“The bats are hot right now,” Ciacciarelli said, “so if we keep swinging the way we did tonight I think we’re a pretty hard team to beat.” – Courtesy of Audrey Gamble/Westfield Starfires