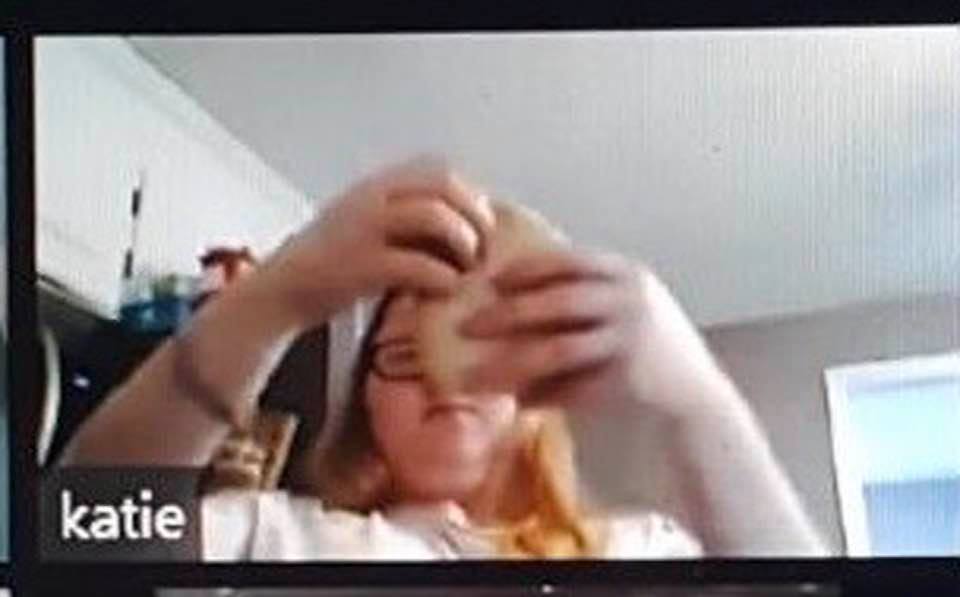 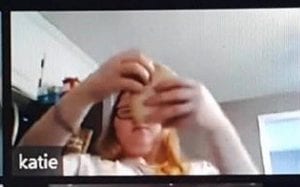 The transition program is part of the public schools and is for students ages 18-21 who are still entitled to school services. The program helps them transition from high school to adulthood by assisting with further education options, employment and community living skills.

Their participation in Zoom classes during the COVID-19 pandemic was rewarded with a Zoom pizza party last week. Elander said a colleague had shared with her a funny video of a lady making pizza. She thought it was a great idea.

Elander put together boxes with pie tins, pizza dough she made herself, sauce and ingredients for a cheese or pepperoni pizza to make together on Zoom, and she and her staff delivered them to their 17 students, as well as students in the other two classes at Westfield HIgh School and Westfield Technical Academy. Teachers Carolyn Busiere and Alexandra Vassallo also joined them. “There were 35 of us altogether,” Elander said. 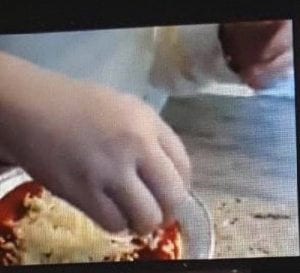 “It went really well; quite interesting. Everyone was prepared, and there were no catastrophes,” Elander said.

Along with making the pizza, they did a Mad Libs together, pizza fractions, and an opinion statement to compare two foods; pizza and another food they prefer, and why. “It’s all about the conversation skills,” Elander said.

She said they decided to ask the other classes to join them because they thought it would be fun. “Most of the students they serve will eventually be my students. Some of their students also come on to my different Zoom meetings. We try to do cross connections as much as we can. It’s nice to have that congeniality,” Elander said.

Other activities for the program have included guest speakers, including state Rep. John C. Velis and The Westfield News Editor Hope E. Tremblay. She said they have guest speakers two to three times a week. 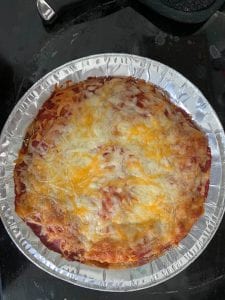 Photos were taken of finished pizzas before lunch. (THE WESTFIELD NEWS SUBMITTED PHOTO)

A representative from Stavros Center for Independent Living joined them to talk about pre-employment. Elander said for that one the students had to dress up as though they were on a job interview.

“We have Renee Lessard every Thursday from the Pioneer Valley Transit Authority for travel training,” Elander said, adding they are the first district to implement the class, which will now be replicated across the Commonwealth.

New Special Education Supervisor for Westfield HIgh School and Westfield Technical Academy Jeff Ferranti has also joined them for the classes. Elander said he admires how well they’re doing. “All the students are rising to it. I have high expectations. I always tell them, ‘you get out of life what you put into it,’ ” Elander said.

Elander said in the beginning of the school closure, it took them a couple of weeks to figure it all out. “We’re thankful to the district for providing the chromebooks,” she said, adding that they have tried to minimize the stress on parents as much as they can. “Having my staff be there to help, we’re really trying to have the students be as independent as possible.”

Other fun events the program has done include delivering Stormtrooper cupcakes, made by Elander’s daughter, for May the Fourth Be With You, which they ate together at the end of the day as their snack, along with sharing some jokes. She said some of the kids don’t know much about Star Wars. For Cinco de Mayo, they ate burritos from Three Rivers Burritos together and had music and a party.

“Not everything I do has a connection. They’ve already graduated from school, and already have their diplomas or certificates,” Elander said.

This week, they will be making muffins together for their social skills group on Thursday with muffin mix supplied by the program.

Elander said the fatigue of preparing for online learning is settling in, which she can also sense in her colleagues district-wide, and they still have four more weeks to go. Luckily, she said she is a member of some really great Facebook groups for transition specialists.

“It’s nice, there’s a lot out there. Right now I have 101 unread emails that are all ideas for me to do,” Elander said.