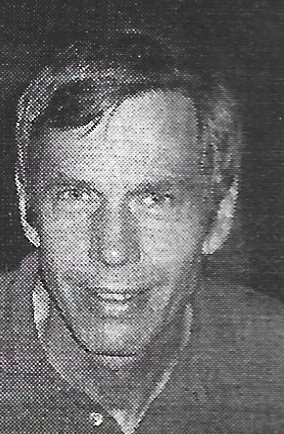 SOUTHWICK:  Edward Gallant, of Southwick, passed away on Wednesday May 18, 2016. Born in Springfield, MA on May 28, 1957, he was the son of the late Katherine and Alexander Gallant. He worked for Koma Precision in Windsor, CT for 25 years. Edward moved on to work for Con-Way Freight in the years before his stroke in November of 2012. Edward and his wife put their heart and souls into raising Guiding Eyes for the Blind dogs and helped lead his daughter’s 4H Club. Edward was constantly involved in the 4H program and planned events such as New York City bus trips with his church. He is survived by his wife of 28 years, Kelly Gallant; and his daughter Darilynn Gallant. He also leaves his brother Kenny Gallant of Springfield and Kathy McElligiot of Palmer. Open services will be held at the Christ Lutheran Church in Southwick, MA on Sunday June 19, 2016 at 1 pm. A reception will follow at the Southwick VFW on Point Grove Rd. The Robert E Cusack Funeral Home, Westfield, is assisting the family with arrangements. Memorial contributions may be made in Edward Gallant’s memory to the Christ Lutheran Church, 568 College Highway, Southwick, MA 01077 or to UMASS Extension for the Dog 4H Program, 101 University Dr, Suite A4, Amherst, MA 01002-2376