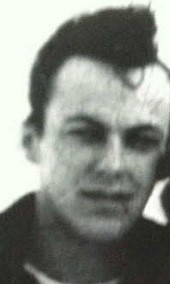 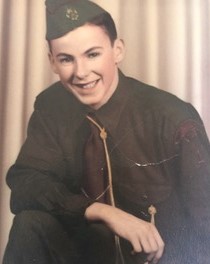 Edward “Dido” Leon Pratt, 83, passed away peacefully on Sunday, July 26, 2020 at Westfield Gardens in Westfield.  Dido was born on August 4, 1936 in Westfield, son to the late Arthur J. And Mabel G. (Perry) Pratt .  Dido was raised and educated in Huntington and later moved to Westfield.  He worked as a Custodian for Gateway Regional School District, and also worked for Egeroot Trucking, delivering to Sear Stores for many years. Dido made the rank of Eagle Scout in his youth and he was quite the marksman with a rifle.  Dido was a lifetime member of the Fraternal Order of the Eagles in Westfield. He was an avid fisherman  and was a Red Sox fan.  Most of all, Dido loved spending time with his family, especially with his grandchildren when he got the opportunity to see them.

Calling hours for Dido will be Friday, July 31, 2020 from 11:00am – 1:00pm at WESTFIELD FUNERAL HOME AND CREMATION 4 Princeton Street in Westfield. A Funeral Home Service will begin at 1:00pm with a burial to follow at Norwich Bridge Cemetery in Huntington.  In lieu of flowers, memorial donations may be made in Dido’s memory to Baystate Hospice, 30 Capital Drive, West Springfield, MA 01089.  To express condolences to the family, please visit www.westfieldfuneralhome.com for Dido’s tribute page.