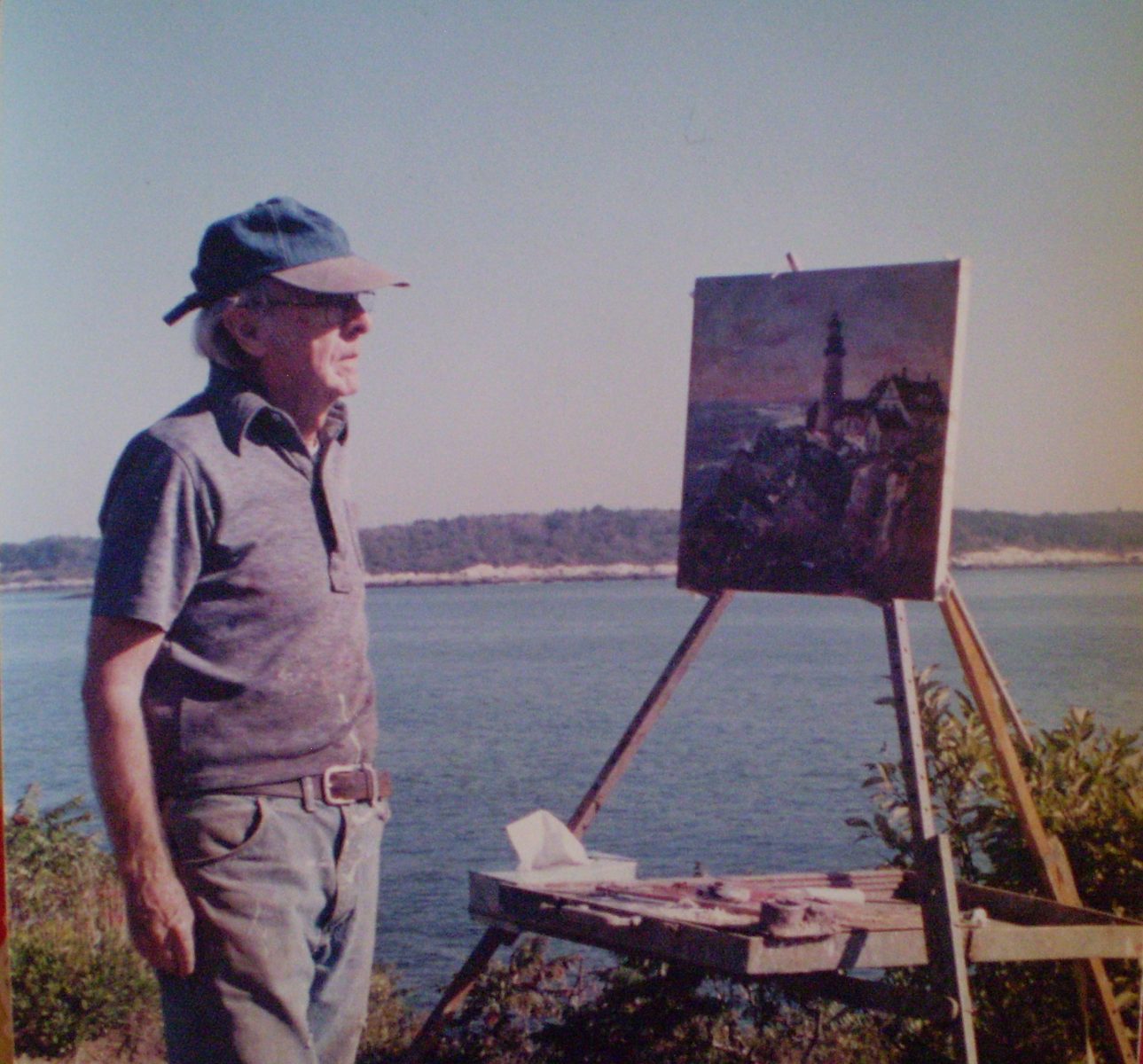 Edward Mead, incredible father,adoring husband, doting grandfather, and amazing artists has passed away at age 86. A vibrant energetic and extremely funny man , it is hard to describe him in words, fortunately for us he left behind pictures.
He painted for most of his life, his work recently appeared in the HBO mini series Olive Kittredge produced by Tom Hanks, He held juried memberships in the Cape Cod Art Association, the Hudson Valley Art Association, North Shore Art Association, and the Springfield Academic Art Association.
His work won him over 60 regional awards and now hangs in private and corporate collections across the globe, his paintings have been displayed at numerous art shows and galleries throughout the region.
A rabid fan of the Patriots since they were known as the Boston Patriots   In Feb 2002 at the age of 72 he and his son Eric attended Super Bowl XXXVI  Where he not only got to witness New England win their first world championship, he also was blown away by U-2 ‘s halftime show, repeatedly and enthusiastically telling his son “That band is great, mark my words they are going places.” …and as usual he was right.
He served in the Army during Korea, he traveled the world in his youth, often recounting stories of his travels in Paris, Cuba before communism, Mexico,and others, He met his wife Joyce when she was just 20, their marriage of 50 years , a testament to love ,patience, and caring, was as beautiful to watch on their last day together as it was their first.
He is survived by his wife Joyce, son Eric, daughter in-law Rachel, grandsons Duncan an Morgan. His Godchildren Christopher and Shelly, and their kids. His service will be Thurs @ 3pm at the Agawam Veterans Cemetery.
His work while beautiful still pales in comparison to the man that made it. And while he will be missed, he will never be mourned, his life was not a tragedy but a triumph he leaves behind a family that stretches from coast to coast, his art work hangs in collections world wide, and to the loving man he was… and beautiful soul he still is… we his family say thank you. You made our lives beautiful. But you also left this world more beautiful then you found it, and that is truly amazing. Thank you for sharing your life with us and your art with the world. 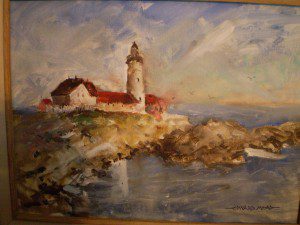