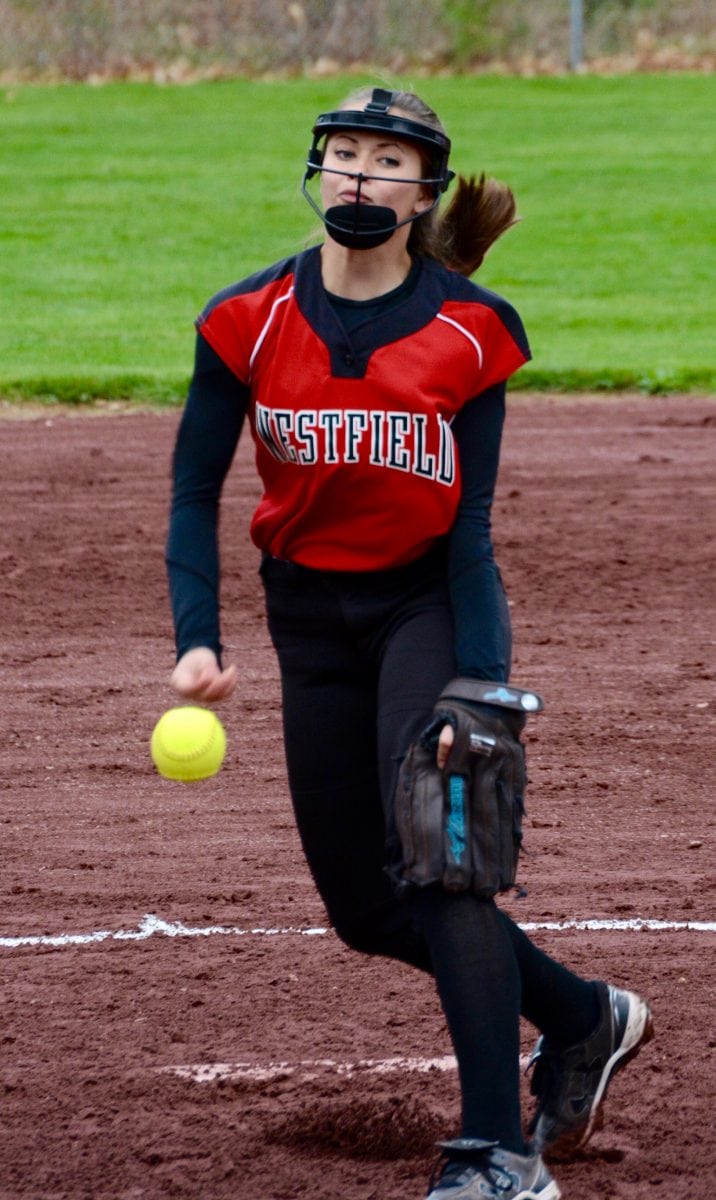 WESTFIELD – No matter how one looks at it, Saturday’s 15-inning marathon between the Westfield and Taconic high school softball teams was a thriller and heartbreaker all rolled into one.
Westfield pitcher Haley Moniz pitched all 15 innings. Moniz tossed a whopping 175 pitches, yielding less than a hit an inning (11 total), walking two and striking out seven batters.
Taconic pitcher Ashley Keegan was just as effective, recording 16 strikeouts, walking one, and allowing just two earned runs in a 208 pitch, complete game outing.
Taconic prevailed 3-2. 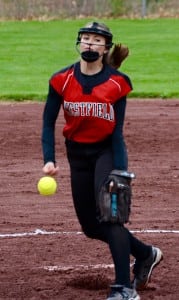 “This was a nail biter from the very beginning,” Westfield coach Tim Desmond said. “It was back and forth all game long with each team getting out of several jams and making the defensive stops when needed.”
Morgan Zabielski got the scoring going with a delayed steal to third base, and scored on an errant throw at third. Moniz and Brit Kowalski had two apiece. Kowalski also made two inning-ending catches to preserve the tie during the game. 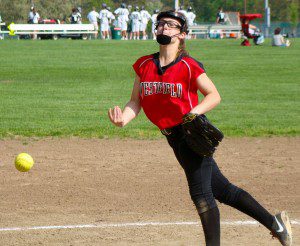 Moniz assisted on more than a half-dozen putouts, making several nice defensive stops on hard hit balls up the middle.
“I knew it was going to come down to one play that would decide the game and whichever team capitalized on the other’s mistakes would probably come out on top.
“As disappointed as I am that we lost this game, I am very proud of the fight this team showed all game long. It was cold and windy and we could have easily let down, but this team is tough and they stayed focused for all 15 innings.”
The exhausting loss apparently did not seem to phase Westfield in any negative way as the Bombers bounced back in a big way Monday.
Westfield pitcher Nicole Clemente scattered six hits, struck out six batters and walked none in five solid innings, and the Bombers blew past Holyoke 14-2.
Autumn Moccia, Haley Moniz and Britt Kowalski had two hits apiece to lead Westfield. Moccia also drove in three runs.
Westfield will return to action Wednesday on the road against Ludlow at Baird Middle School at 4 p.m.