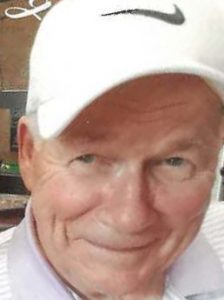 CHAPEL HILL, N.C. – F. Whitney Glynn, 77, (1944-2021), died August 31, 2021 in Chapel Hill, NC. He was born in Westfield on January 11, 1944 to the late John Francis Glynn Sr. and Isabelle (Kjellen) Glynn. He attended local schools in Westfield and was a 1962 graduate of Westfield High School. He attended Northampton Commercial College and A.I.C. He worked for the State Dept. and spend time in Hawaii and Virginia. Whitney worked all over the world and after retirement in 2004 he continued traveling.

He leaves his sister Donna Hoynoski and her husband Lester of Westfield, his nieces Melissa Hoynoski and Kimberly Demers and her husband Mark, grand-nephews Steven Hoynoski, Timothy Wilhite and Kyle Goudreau, grand-niece Michelle Rodriguez and great-grand-nephew Jaiden Wilhite. He also leaves many friends thru out the world. He was pre-deceased by his brother John Glynn Jr and a niece Judith Hoynoski Goudreau Rodriguez.

A calling hour will be held on Wednesday, Sept. 15th from 1-2 pm at the Firtion- Adams Funeral Service, 76 Broad Street, Westfield, followed by burial in Pine Hill Cemetery. Firtionadams.com