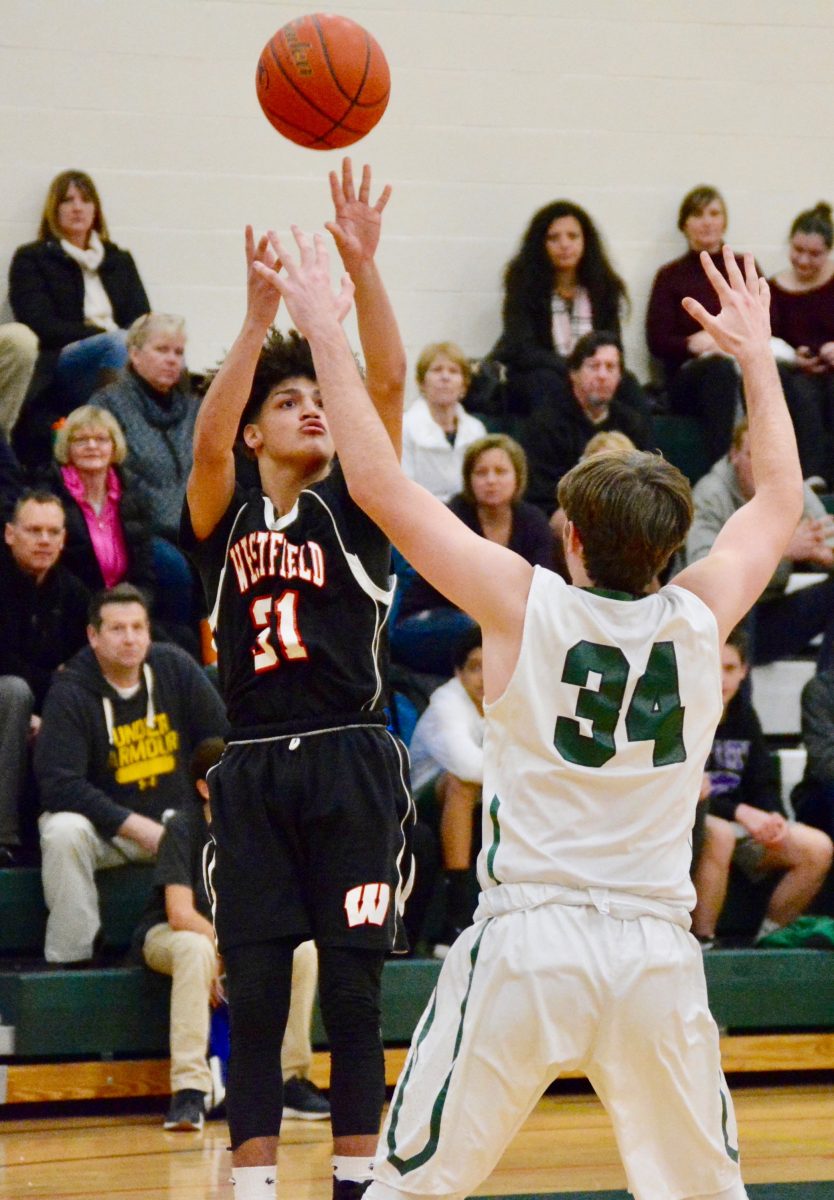 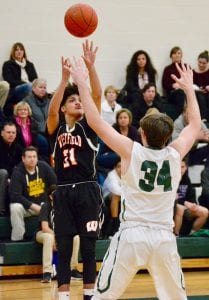 WILBRAHAM – When the going gets tough, the Westfield Bombers get going.
The Westfield High School boys basketball team’s early season struggles extended into the post-holiday break – at least in the win-loss column – but the Bombers continued to lay the building blocks for future success with a tightly-contested loss.
Minnechaug rallied from an early deficit, eventually turning back Westfield 58-52 Thursday night.
“It’s a tough stretch that we’re going through, but we will come out of it,” said Westfield boys basketball head coach Josh Balestracci, whose team fell to 0-5. “We just need to be more consistent.”
Westfield appeared confident and poised from the get-go against Minnechaug, distributing the ball, driving to the hoop and converting and-ones, and delivering from downtown.
“When we pass well with the ball, we can move the ball,” coach Balestracci said, “and when we move well without the ball, we play well.”
“Right now, it’s sporadically though,” he said. “It’s an experience thing. They’re realize that in time.”
Westfield faded down the stretch, and Minnechaug held on.
Minnechaug freshman Matt DeVine scored a team-high 15 points. Falcons’ senior center Mike O’Toole had 10.
Westfield junior guard Jalen Moore led all scorers with 19 points, including five made 3-pointers. Bombers’ C.J. Flores finished with 13.

Parrow, Rams prevail
Southwick 61, Granby 57
Southwick led by as many as 16 points, but had to withstand a furious second-half comeback from Granby to come away with a victory.
“We had a great first half, but we came out flat (in the second half),” Southwick coach Peter Fiorentino said. “Granby made some good adjustments, and we didn’t come out ready to go. Moving forward, we want to be in better position ready to play.”
Southwick (4-2) produced three players with double-digits, including Devin Parrow (16 points), Dan Scharmann (13), and Connor Roy (11), who went 6-of-6 from the free throw line.

BOYS ICE HOCKEY
Bombers get even in tourney
Westfield 3, Beverly 1
Spencer Cloutier and Danny Antonellis led Westfield up front, and Liam Webster and Danny Buckelew provided solid defense as Westfield departed the Cape Ann Savings Tournament 1-1.
Ryan Moorhouse tipped in a Dan Buckelew blast from the point, and Westfield held a 1-0 lead after two periods. Beverly tied it up 1-all, but Westfield responded with two goals in a one-minute span as Cloutier set up Webster and Scotty Bussell for goals.
Westfield lost to Marblehead in a tourney opener, 3-1.