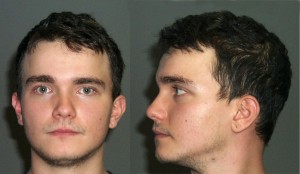 WESTFIELD – Although thieves who break into houses to steal jewelry and other valuables often find themselves in court, others who make money from their crimes usually do not.
But occasionally they do.
One buyer of gold and silver, who allegedly counseled a pair of addicts who financed their habits by breaking into houses, was an exception to the rule recently after a city detective was able to build a case showing that he knowingly purchased stolen property and, by not operating “above board”, extended their crime spree.
Thieves, often heroin addicts, with stolen precious metal jewelry usually can’t directly convert their ill-gotten gains into drugs or other uses but must first sell their loot somewhere.
Many sell stolen jewelry at pawn shops, jewelry stores or any of the many diverse retail establishments which advertise “We buy gold” but, Det. Brian Freeman reports, those buyers almost invariably “pay pennies on the dollar” for the precious metals they buy.
He explains that the gold and silver buyers pay only for the metal value so thieves selling items which cost hundreds – or thousands – of dollars are only paid tens of dollars, the melt value of the metal.
The laws designed to protect the public require that buyers keep stringent records of their sales, their customers and mandate that the merchants must hold their purchases for 30 days before reselling the items.
Detectives searching for stolen property routinely check the records precious metal buyers are required to keep but shady buyers may skirt the rules since items found to be stolen must be surrendered resulting in a loss for the buyer. By doing so, underhanded dealers obstruct investigations and prevent the recovery of stolen items, Freeman said.
Freeman reports that, while investigating a series of house breaks in the spring of 2013 that were eventually attributed to a burglary duo, detectives checked a gold buying kiosk at the Holyoke Mall, Gold Deposit owned and operated by Anthony Windolski, without find the missing items they were looking for.
When the pair of burglars was eventually apprehended, the suspects said that they had sold their booty at the kiosk where, they said, Tony was helpful to them.
Freeman reports that one of the suspects said “Tony cautioned them that they would get caught if they kept using their real IDs and told them to use someone else’s. He told them what silver items would net them the most money and offered to meet them in the parking lot of the mall if they ever had items they did not want to bring into the mall because of the security cameras.”
After that, one of the burglars told Freeman, his partner “found the ID of an older, heavy set, bald Russian man” and they used that identification when they sold stolen jewelry to Windolski
The suspect also told Freeman that, after state troopers questioned Windolski about the transactions apparently made by the older Russian man, he advised them to stop using that ID card.
Freeman reports that, because of Windolski’s actions, several stolen items which should have been recovered were not. In addition, had the burglars’ transactions been made legally under their own names “I would have had enough evidence to charge (the burglars) and potentially end their crime spree.”
As a result of Windolski’s protection of the criminals, Freeman reports in a court document, at least four burglaries which involved the reported loss of property valued at almost $14,000 were not prevented.
Additionally, the detective said, because the duo stole a handgun in one of their burglaries “we could have gotten a gun off the street, one that was used in a crime.”
Freeman subsequently arrested Windolski at his kiosk and the man was charged for “Accessory After the Fact in two separate cases for buying jewelry that he knew to be stolen, two counts of Receiving Stolen Property in two separate cases for buying what he knew to be stolen property and one count of Obstruction of Justice for his continual intentionally misleading of police and Conspiracy to Commit a Crime.”
When he appeared before Judge Philip A. Contant Wednesday, the two accessory charges and a charge of intimidating a witness were not prosecuted.
Windolski was allowed to submit to facts sufficient to warrant a guilty finding (thus avoiding an actual guilty verdict) for the two charges of receiving stolen property valued more than $250 and for the conspiracy charge.
He was placed on probation for one year and was assessed $90.