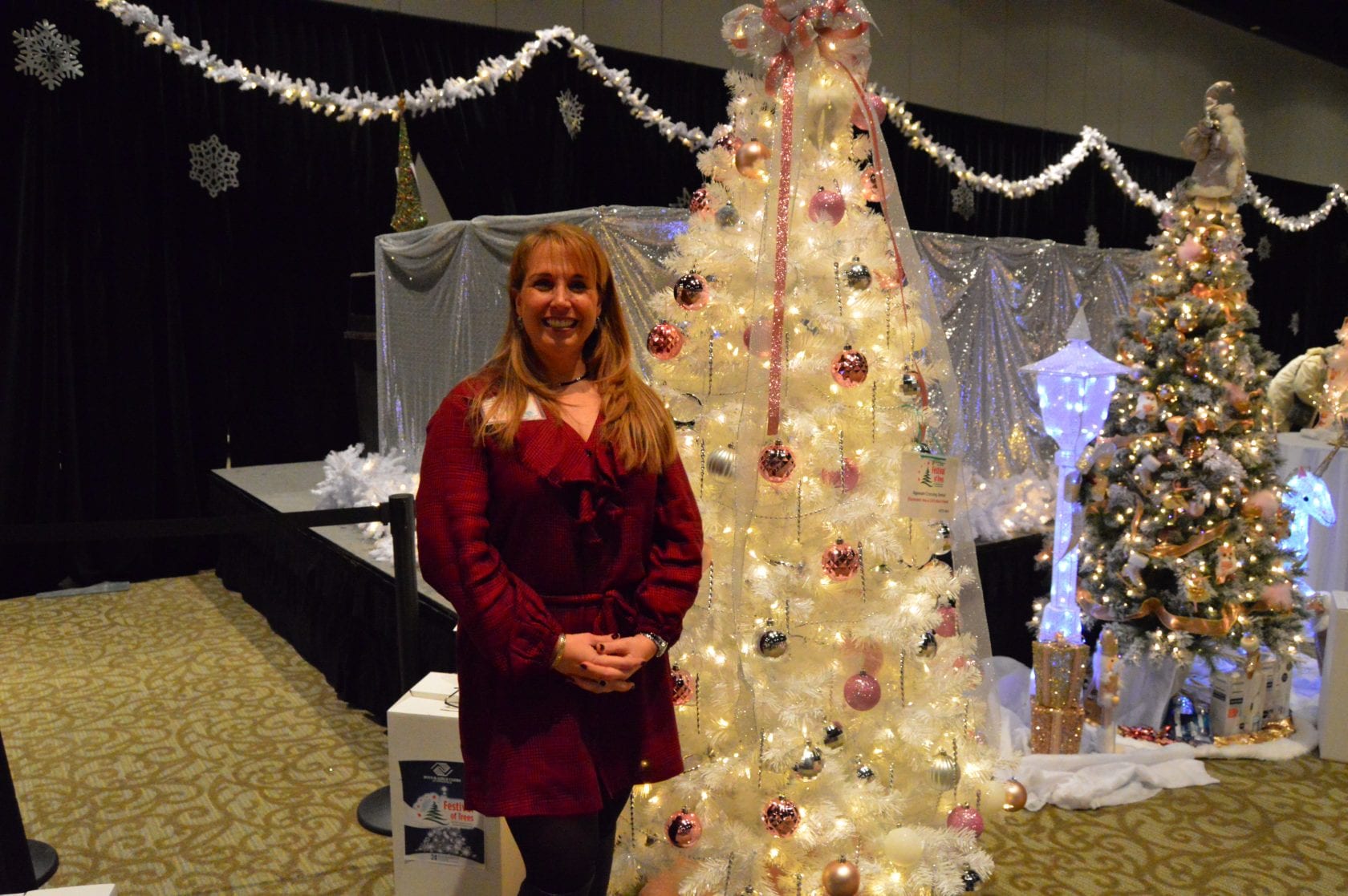 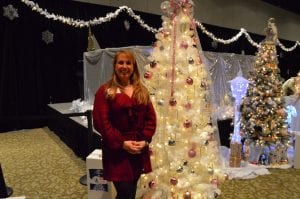 Stacy Magiera with the tree donated by her company, Agawam Crossing Dental. (Photo by Peter Currier)

SPRINGFIELD- The 18th annual Boys and Girls Club of Springfield’s Festival of Trees kicked off Friday at the MassMutual Center for the first time.

The festival features over 100 Christmas trees donated by individuals, families, and sponsors in the event hall of the MassMutual Center. Each tree is decorated and has a number of themed items underneath them. Individuals who attend paid ten dollars for 25 raffle tickets to place into boxes found under each tree. More tickets may be purchased if desired. The tickets are drawn on Dec. 9, the final night of the festival, and the winner wins the tree and everything underneath it. Prizes range from Lego sets and home supplies to large televisions and Patriots tickets. Those who win a tree can pick it up on Dec. 10th. 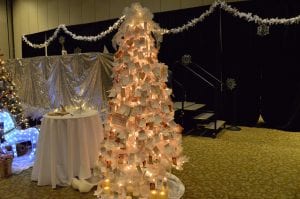 Donated by Magiera and a friend of hers, guests are encouraged to write the name of a late loved one on a card and hang it on the tree. The tree is nearly out of room on the second day of the festival. (Photo by Peter Currier)

“We have 132 decorated Christmas trees that can be raffled to the public,” said Stacy Magiera, a board member of the Springfield Boys and Girls Club and chairwoman of the festival, “these trees are valued between $250 and $1,500.”

The title sponsor of the festival is Charter Insurance, who underwrote the event with a large donation.

Some of the donated trees were decorated with a twist by their sponsors. One such tree was set up to be upside down. Another display was a decorated 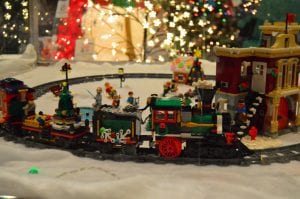 The Lego train display built by 14-year-old Daniel Magiera, son of Stacy Magiera. The train is functional and goes around the perimeter of the display on its track. (Photo by Peter Currier)

unicorn sculpture rather than a tree. One sponsor created a tree that was wrapped in saran-wrap to be safe around pets that may try to climb it.

“A friend and I decided to do a tree this year called the ‘In Memory’ tree,” said Magiera, “we’ve allowed people to decorate it with cards written in memory of a loved one.”

In each consecutive year of The Festival of Trees, the money raised by donations and raffle tickets has increased. Magiera said there has never been a year in which the money raised has declined from the previous year. In 2017 a total of $179,000 was raised in the festival to benefit the Springfield Boys and Girls Club. In one of the first years of the festival, $30,000 was raised for the club. 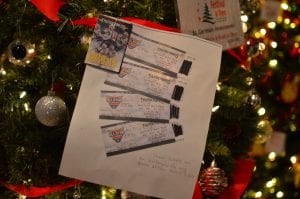 Several trees come with tickets to events for the raffle winners. This tree contains tickets to a Springfield Thunderbirds game. (Photo by Peter Currier)

Throughout the 17-day festival there will be entertainment consisting of soloists, chorus groups, full bands, and fiddlers.

Several sponsors have been donating trees to the festival since its inception. Magiera’s company, Agawam Crossing Dental, has donated one for the past 15 years.