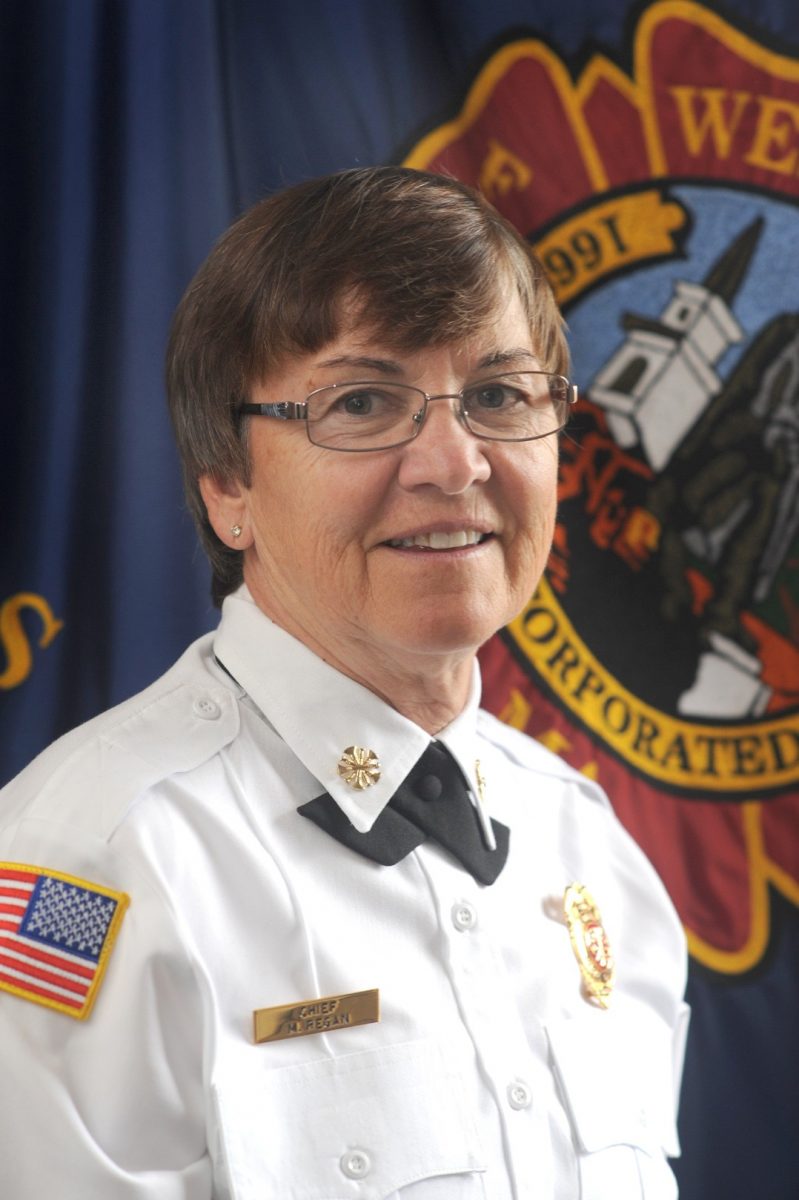 WESTFIELD – Fire Chief Mary Regan called rehabbing Station #2 on Little River Road a “high priority” this week, an ongoing request that dates back to 2001.
The City of Westfield revisited renovation and expansion plans in 2007.
“Things seem to fall off and go to the back burner,” said Regan.
In 2015, the department put together renovations plans to finally “clean up” the station.
Built in 1973, the station must undergo extensive repairs and updates.
“Since that time there really hasn’t been any money put into it,” she said.
The facility lacks a functioning air conditioner, and the bathrooms, windows, roof and antiquated heating system need replacement. The living area contains substandard installation and the generator is too small for the building.
“It’s in a pretty sad state of affairs at this point,” she said.
Another concern: the station lacks separate living quarters for male and female firefighters, both of whom are regularly assigned to the station.
The neighborhood has experienced substantial growth with roads and housing in the past few decades. Since 1985, according to Regan, 806 houses were constructed. In addition, Munger Hill Elementary School was built and has seen an increase in businesses and industry.
“It’s in very poor condition. There’s no way to skirt around it. I encourage councilors, and even the media, if they want to go down there and take a walk through and see what state the building gotten into,” she said.
“It’s easy to understand we need to make some corrections if we’re going to do something like that,” she said. “We need to look forward because the station is going to serve the area for the next 50-75 years. We must plan accordingly.”
She also wants an increase in personnel at the fire station, which currently staffs two firefighters per shift. The station is home to one engine and an ambulance. The short staffing limits what calls the firefighters can respond to, which leaves apparatus in the bay.
Improvements in technology will allow firefighters to take online training while on duty. Regan would also like to use the facility for department-wide training.
“We have a lot of plans we think will make it very functional and also serve the community much better,” she said.
Regan and fire officials were scheduled to meet next week with Mayor Brian J. Sullivan, the Purchasing Department and city engineers.
“Our hope is to put a request-for-proposal so we can start looking at exactly what we need for funding. We’ll be going to the council to inform them of the needs,” said Regan.
She emphasized the renovations take a priority at this time. Staffing Station #2 will be based on annual service trends.
Regan, who welcomed two new firefighters earlier in the week, said the department plans to bring on board another new firefighter. The recruit must undergo a nine-weeks training course beginning in April at the Massachusetts Firefighting Academy in Springfield
The academy graduated its first class on Tuesday, which included Westfield Firefighters David O. Albert and Tyler D. Ritchie. Regan attended the graduation ceremony along with chiefs from Holyoke, Easthampton, West Springfield, Longmeadow and East Longmeadow
The department will advertise for additional personnel in the next few months, including hiring a paramedic. The pending retirement of Deputy Chief Jim Kane, a 34-year member of the department, will spur several promotions. Kane’s retirement takes effect on Feb. 25.
On Thursday, the City Council accepted a $7,500 state grant for the purchase of Naloxone or Narcan, a life-saving drug that reverses the effects of an opioid overdose. The drug, in nasal spray form, will be carried on all city fire engines and in the vehicles of senior department personnel.
All firefighters on the department are trained in administering Narcan. The need for the drug has increased over the past 18 months. Local, state and federal officials support a widespread use of Narcan and an increase in funding for treatment programs.