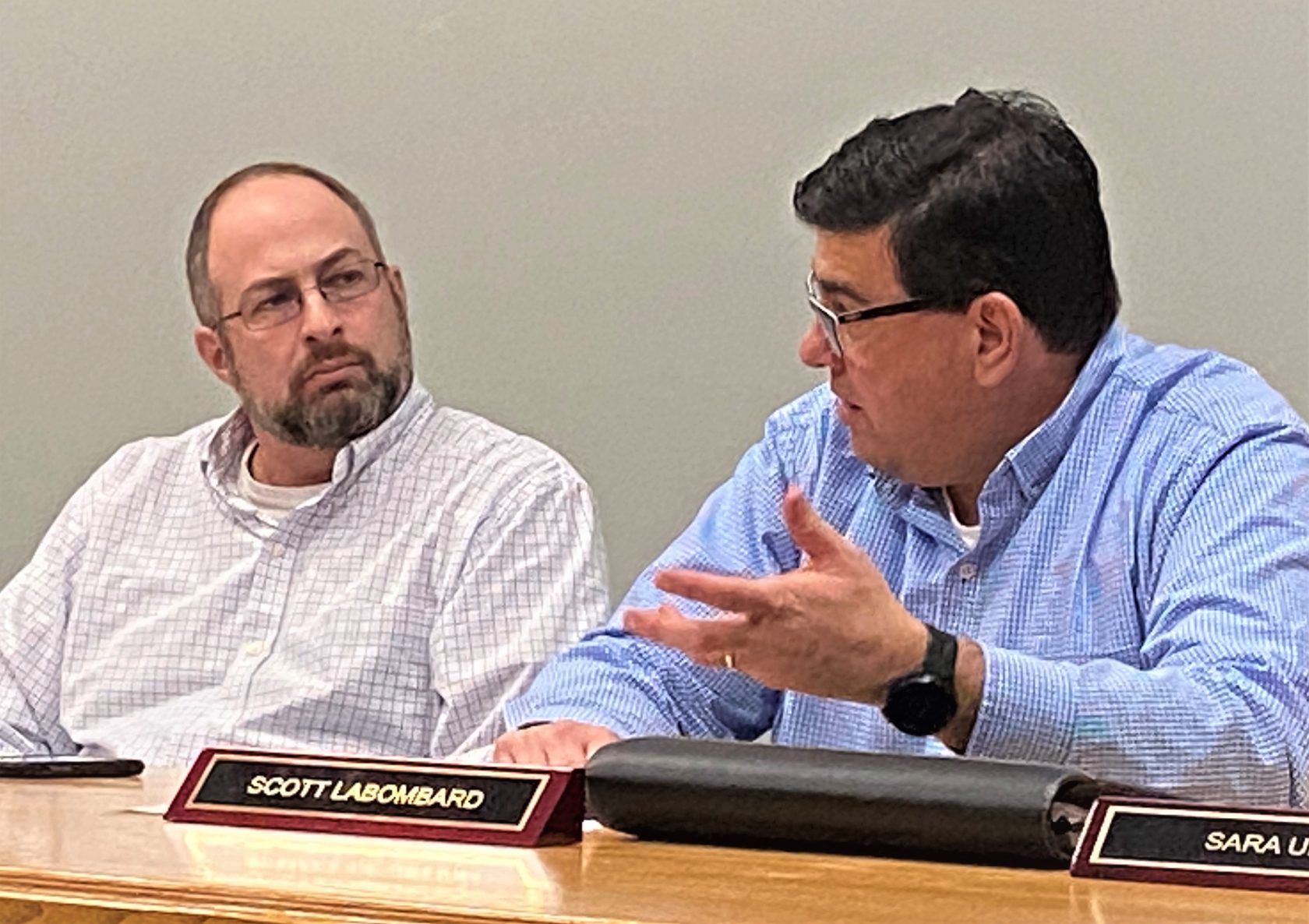 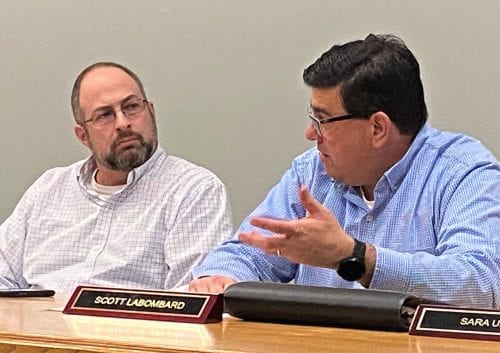 WESTFIELD – At-large Councilor Cindy C. Harris, who chairs the Personnel Action Committee, brought forward four reappointments of long-time volunteers to the City Council on March 5.
Scott LaBombard, Robert Veronesi and Vincent Olinski of the Parks & Recreation Commission, and Ronald Cole of the Water Commission were all unanimously confirmed for reappointment by the City Council until February 2023.
Harris spoke about each before the Council separately voted them in. She said LaBombard has been a leader in the Babe Ruth and Westfield Little League, which he now serves as president. He was recently instrumental in gifting the city a new scoreboard for Sadie Knox field.
Harris said LaBombard shows continuing concern for keeping youth active and engaged in various positive activities and has been a valuable member of the commission. “I personally have attended many Parks & Recreation meetings, and it is an extremely well-run and conscientious commission,” Harris said.
“An absolutely fantastic group of people and they should all be reappointed,” said At-large Councilor Dave Flaherty, adding, “Mr. LaBombard is also one heck of a pickleball player.”
Ward 1 Councilor Nicholas J. Morganelli, Jr. said he has also had personal contact with LaBombard out on the baseball field. “He is very passionate about our parks and recreation areas. I look forward to taking him on in pickleball this spring,” Morganelli said.
Harris said Veronesi has been on the commission since 1987 and has “a wealth of knowledge and history that is most important to this commission.” She noted that he is a lifelong resident of Westfield, is retired from the U.S. Postal Service and has served as a long-time basketball, baseball and softball official in the city. “He is well-known throughout our community and is highly respected,” Harris said.
“There are not many people who have put in as much time and energy,” said Ward 5 Councilor John J. Beltrandi, III. “He’s just a dedicated guy; you’re not going to find anybody better,” he added.
Harris said Olinski is a lifelong resident of Westfield and was employed by the Westfield YMCA before becoming director of the Holyoke YMCA. She said he has a BA in physical education from UMass. “Mr. Olinski is very charismatic, well-known and well-liked throughout the community,” Harris said, adding that he has served on the commission since 1989, and is important to the commission with his wealth of knowledge.
“They’re all just great, and they all just have such a passion for Parks & Recreation. They do a lot of good work for our city,” said Morganelli, who serves as the council liaison to the commission.
Harris then spoke about Cole for reappointment to the Water Commission. She said Cole is a lifelong Westfield resident, and has served on the Water Commission for almost 30 years.
“His knowledge is invaluable and his length of service extensive. He has in a calm way overseen the various water concerns over these many years. As a resident himself, he takes very seriously his duties and obligations to this commission, and his genuine concern for the safety in all aspects of our water systems… is paramount to him,” Harris said.
Beltrandi said he wanted to thank Cole personally and for the council for his service on the Water Commission. “He spends the time and the energy to make sure he’s in tune, and any time you need to talk to him he’s readily available,” he said.
Ward 4 Councilor Michael Burns agreed, commenting that he had served eight years with him on the Water Commission. “I want to thank him personally for his service,” he said.
At-large Councilor Richard K. Sullivan Jr., said that Cole’s service to the city extends back to his own administration as mayor, and that he deserves special consideration. “His job takes him across the country, and there have been meetings that he’s literally flown home to be at the meetings,” Sullivan said.
“I thank all of them. They’re all great citizens,” Sullivan said.