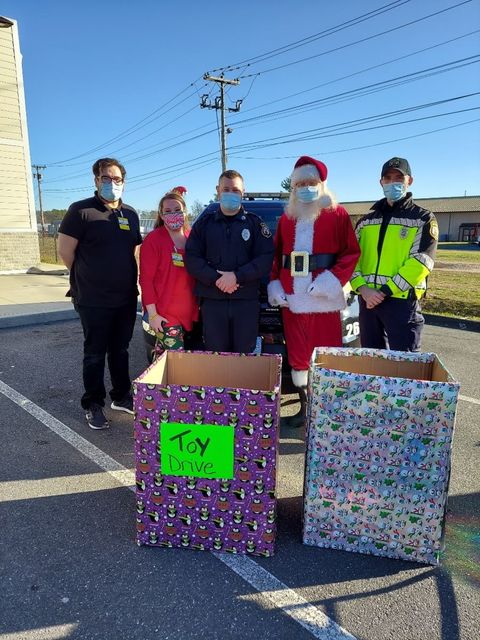 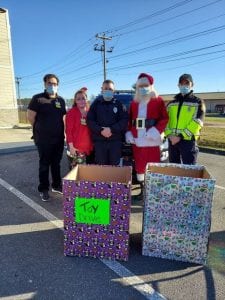 WESTFIELD – The community stuffed not one, not two, not three, but four police vehicles with new gifts for city families during the Stuff the Cop Car event at Dollar General.

The event was hosted Nov. 29 at the Dollar General store at 617 Southampton Road.

According to Amanda Summerson, a Westfield Dollar General employee, the store teamed up with Westfield Police for the second year in a row, with the goal of meeting last year’s collection that filled two police trucks.

Summerson said when they filled four, she couldn’t believe it.

“The Westfield community is truly amazing,” she said. “With the little outreach we did, we had people come and donate new shoes, toys, some electronics and gloves/mittens. We also pushed the collection for the month of November in the store, accepting donations for kids and teens.”

The generosity of the community was truly felt that day, said Summerson. 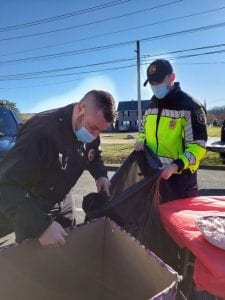 “The city really stepped up and we were so happy with the turnout, even with COVID people were able to come and fill the cop truck roughly four times,” she said, adding “we like to consider ourselves not just a corporate store, but your friendly neighborhood corner store as well.”