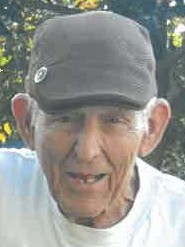 September 13, 2022, after a courageous battle with cancer. Frank was born on March 18, 1937, in Norristown, Pennsylvania to the late Frances Bergmann.

He was predeceased by his loving wife of 49 years, Roberta Rose Bard, his precious granddaughter Evan and his siblings Samuel, William, Robert, Allen, Richard, Judith, Marie French and Rachel Wellspeak, and his father and mother-in-law Albert and Louise Bonyeau.

He served admirably in the US Army from 1956 to 1958. He was a member of the Freemason Brotherhood for 53 years and the American Legion Post 124. He worked for Local 98 International Union of Operating Engineers (I.U.O.E.) as a master mechanic and business agent for 35 years until he retired in July of 1999. He was known by his colleagues as being one of the best master mechanics. Frank enjoyed spending time with his family and friends. He was known for always being there to help out in any way possible. He loved playing cards, especially pitch and rummy, and loved yard work, going to tag sales and tinkering in his garage but most of all he loved to buy and sell used equipment. Frank never let his cancer diagnosis keep him from enjoying his life. He always said, “there is no better feeling then to wake up in the morning, put two feet on the ground with a smile on my face.” Frank never let cancer define him. In fact, when he discussed his health issues with anyone, he did it in an upbeat fashion and would say “I’m in the hands of the man above” all the while pointing his crooked finger to the sky above. Frank always found a way to make everyone he encountered feel special and loved. But he was best known for his one-liners which his family and friends refer to as “Frankisms.”

He leaves behind his beloved partner Annette Perry and as his legacy, his children Robert (Feresheteh), Keith (Becki), Kevin (Joelle), Todd (Barbara) and Christopher “Bubba” (Karen); his grandchildren who lovingly referred to him as Papa: Joshua, Justin (Ashlee), Leisl, Elijah, Taylor, Nikki and Cody, and his great-grandchildren who lovingly called him GPop: Justin Jr., William and Gabriella, his daughter-in-law Wendy, and his and Annette’s beloved four-pawed furry friend Max. He also leaves behind sisters: Eleanor Houghton, Priscilla Bard and Linda (Jim) Perez.

We would like to give special thanks to Dr. Glynn and his amazing staff at Sister Caritas Cancer Center at Mercy Hospital for the amazing care that they provided. The funeral for Frank will be held on Thursday, September 22nd, at 10 am in the Firtion-Adams Funeral Service, 76 Broad Street. Burial will follow in Pine Hill Cemetery. Calling Hours will be held on Wednesday at the funeral home from 4-8 pm. Donations in memory of Frank may be made to the Roberta R. Bard Memorial Fund c/o Easthampton Savings Bank, 85 Broad Street, Westfield, MA 01085 or to the EvvGirlFoundation, Inc. at PO Box 466, Agawam, MA 01001. www.firtionadams.com