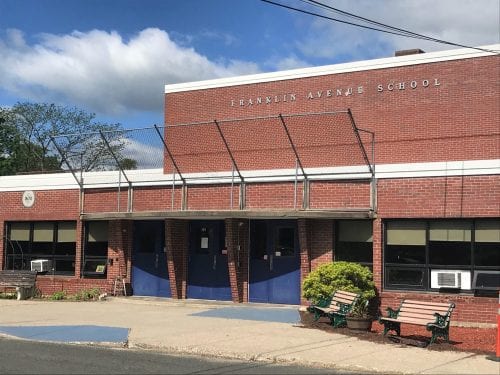 The MSBA Board met on June 22.

“The City of Westfield is very grateful for all of the assistance and support the Mass School Building Authority has given the city and schools and look forward to continuing on the path for a state of the art new elementary school. The process both with the City/School Design Team and the school personnel has been rewarding and enlightening. I look forward to this next schematic phase which develops the design further,” said Westfield Chief Procurement Officer Tammy Tefft, vice-chair of the School Building Committee.

In the Schematic Design phase, the MSBA and the district will look at possible options to replace the existing Franklin Avenue Elementary School with a potential new facility. The next step is for the MSBA to work in collaboration with the District to produce detailed designs for a potential project.

“Thanks to our collaborative work with local officials, we are working to build a 21st century educational facility that will provide Westfield students with a top-notch learning environment,” said Treasurer Goldberg in a written statement.

Westfield has been in the process of procuring two abutting parcels on Franklin Street for the school building project. Tefft said the Westfield Public Schools will have full ownership of both parcels on June 30., “131 Franklin Street was already acquired and 129 Franklin closing will be June 30,” she said.

The estimated total project costs for the new school is $59,552,038, with a total estimated cost of construction at $50,442,405. Tefft said MSBA’s current reimbursement for the project is 69% with the possibility of an additional 2% when Westfield obtains LEED certification, which would mean a city share of roughly $16.5 million.

Tefft added that the $59 million is a rough estimate, and is not the estimate that will be voted on by the MSBA at their September/October meeting. “We have had many discussions about the price of construction, and with schematic design the estimates will take that into consideration,” she said, adding, “Those costs are still being vetted out and will continue to be vetted through the next month.”

The next scheduled meetings for the school building committee are on June 29 and July 20.  “We plan to continue them through the summer over Zoom just for ease of the members but in the Fall I would like to start having in person meetings. We still encourage the community to submit questions and comments to any member of the School Building Committee,” Tefft said.