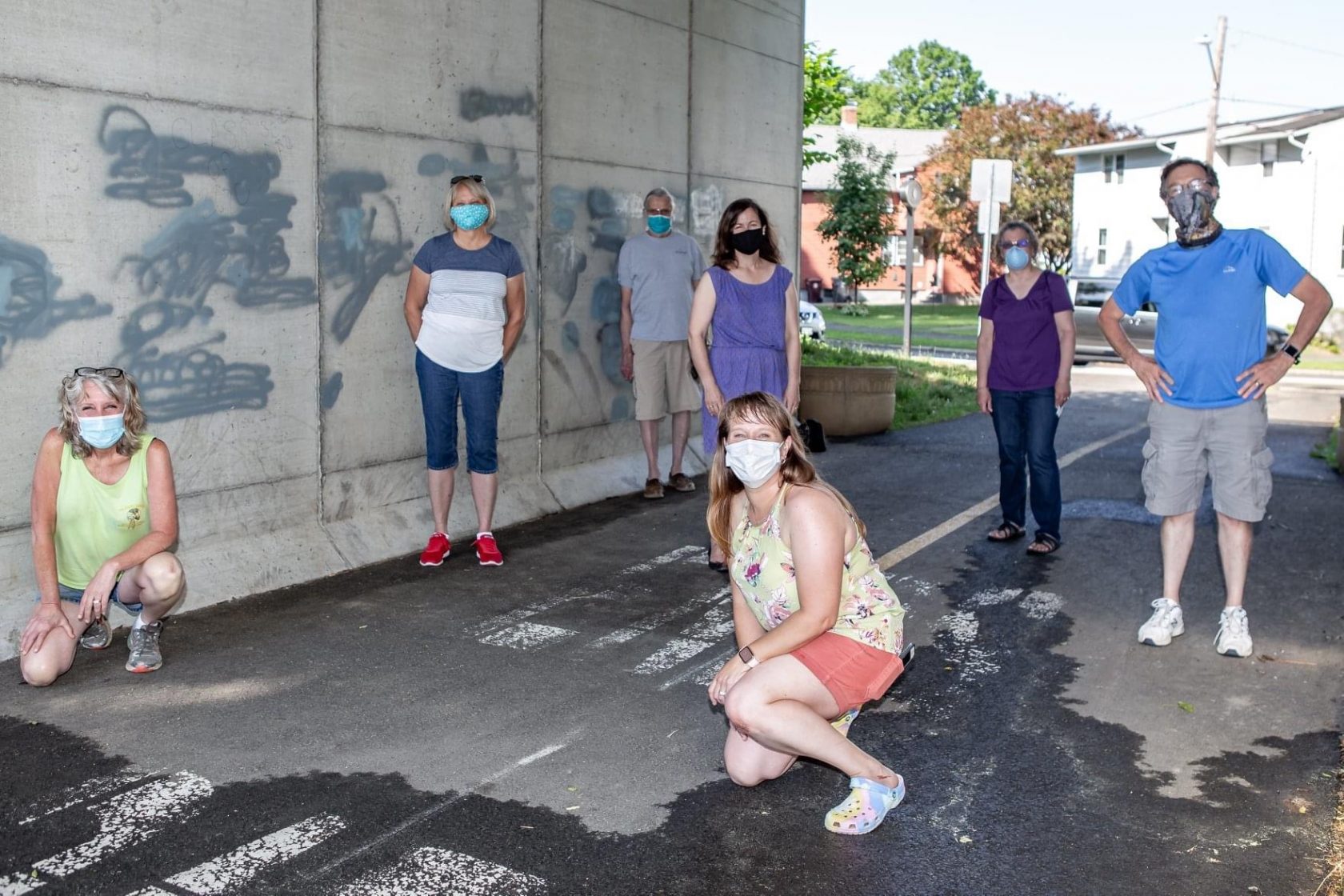 WESTFIELD – As members of ArtWorks of Westfield Inc. put the finishing touches on plans for its first city mural – “Heroes are Everywhere” – a Go Fund Me page has been set up to raise funds for the paint and materials.

“Situated between Hedges Avenue and Taylor Avenue, this mural will be a celebration of all the heroes in our community and those who have triumphed and continue to triumph in the wake of this ongoing pandemic and the difficult events of 2020,” said Shannon Chiba, a Westfield artist and ArtWorks board member who is organizing the fundraiser. 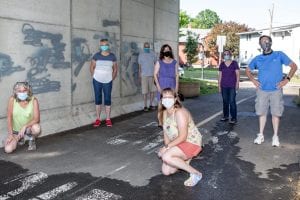 Chiba added that all of the money raised will go toward the creation of the mural and its upkeep. At press time, $70 has been raised toward the $5,000 goal.

“The goal of $5,000 is to cover the cost of primer, paint, supplies such as rollers, trays, brushes, and tarp, as well as varnish, disposal of some hazardous materials, and to fund the mural’s continued upkeep,” said Chiba, adding funds will also be used to help add security measures to the mural area.

“This mural is 100 percent volunteer based and we are raising money for it from the ground up,” said Chiba. “All funds donated will go directly to mural making in the city of Westfield.”

Chiba said in keeping with the theme of the mural, “Heroes are Everywhere,” she said ArtWorks members “hope the community will help to fund this positive, historical and uplifting mural – themselves being heroes of art and culture during this difficult time.”

Chiba noted that in addition to the Go Fund Me campaign, area residents may donate exterior acrylic paint for the mural. The paint must be new and can be a color of the donator’s choosing.

“Any amount of paint or gloss level is fine, we just need volume,” said Chiba, noting the committee only has eight gallons of paint at this time.

“It can be fun for kids and the community to support a local paint store and choose a color to be added to the mural,” said Chiba, adding the committee hopes to organize a drop-off area for donated paint in the near future.

“White is the most-needed color,” said Chiba. “Love turquoise, orange or fuchsia? We love it too! We will need to work with local hazardous disposal services to dispose of the cans, but we are sure the community will love being able to donate directly to the mural with a color of choice.”

Chiba and Sarah Kinne of Easthampton will do the design work based on community suggestions of local heroes.

“I want to be a part of this mural because it is the best way that I find that I am able to contribute and connect to a community with the authenticity of what inspires me,” said Kinne. “I have always loved creating murals and participating with peers in collaboration and this is a fantastic way to do all of these things.”

Contributing artists also working on the mural will include Elizabeth Cartagena, Sanchitha Vishwanath and Donna Carmel, all from Westfield, and committee volunteers will include ArtWorks board members and “folks that love the arts,” said Chiba.

For area residents who would like to be a painter on the project, visit ArtWorks of Westfield on Facebook and leave a message. A time slot will be assigned to each painter on a first-come, first-serve basis. At press time, Chiba said 20 painters have signed up, however, she anticipates many more may wish to get involved.

“Being mindful of social distancing, at this moment, only one painter can assist an artist at a time,” she said.

There are no age restrictions as long as an adult supervises the painting child and painting experience is not required to participate. Large areas of color will be painted by participants and artists will add elements, touch-up painted areas, and begin details when the large areas are painted.

Vishwanath said as an artist, “I believe in the beauty of art which captivates one’s imagination and transcends all the barriers of humanity.”

Vishwanath added the mural “is a great opportunity to capture and express emotions.”

“I am very excited to be a part of this mural project which will let me make an indelible mark in this beautiful city that I live and love,” said Vishwanath, adding, “I feel one should celebrate and cherish being alive and express themselves in any form.”

“I wanted to be a part of the first mural in Westfield because to communicate ideas through an image to the community,” said Carmel.

“The City Council has approved this project with overwhelming support, much due to the efforts of Cheryl Crowe of Westfield,” added Chiba. “Cheryl worked tirelessly to make this mural a reality, and she is a huge advocate for arts in our city. Idea generation from city councilors was also wonderful – and the idea for a historical and relevant mural stemmed from them.”

Chiba also said councilor Bridget Matthews-Kane has been “very involved” in the project, “taking her time to poll local residents on mural ideas and handing out flyers. It was very important for Councilor Matthews-Kane to get community ideas and support for the mural.”

“From the very beginning of our vision to create public art through murals in the city, a very important element has always been community engagement, participation and togetherness,” said Bill Westerlind, ArtWorks president. “Now more than ever, our community needs something positive to bring us together as one and mural painting is an outstanding platform to grow a sense of pride and community.”

Westerlind said the tunnel space between Taylor and Hedges is “perfect” and had been recommended by members of the Friends of the Columbia Greenway Rail Trail.

“It is a wonderful location situated in the middle of the thriving neighborhoods on either side of the rail trail and proves a very manageable canvas space to complete the project by the end of the summer,” he said.

When the mural is completed Westerlind said he hopes the experience is “very positive” for the participants and neighbors as a “wondrous piece of art” will be left for many to enjoy in years to come.

“We are also hopeful that the finished piece of art is so impressive that other neighborhoods and property owners will invite us to do a similar project in their section of the city,” said Westerlind.

“Hopefully, this mural will be the first of many that will beautify the city and its spaces – this mural is turning the creative wheels of many minds and sparking some awesome possibilities for future murals and public art,” she said.