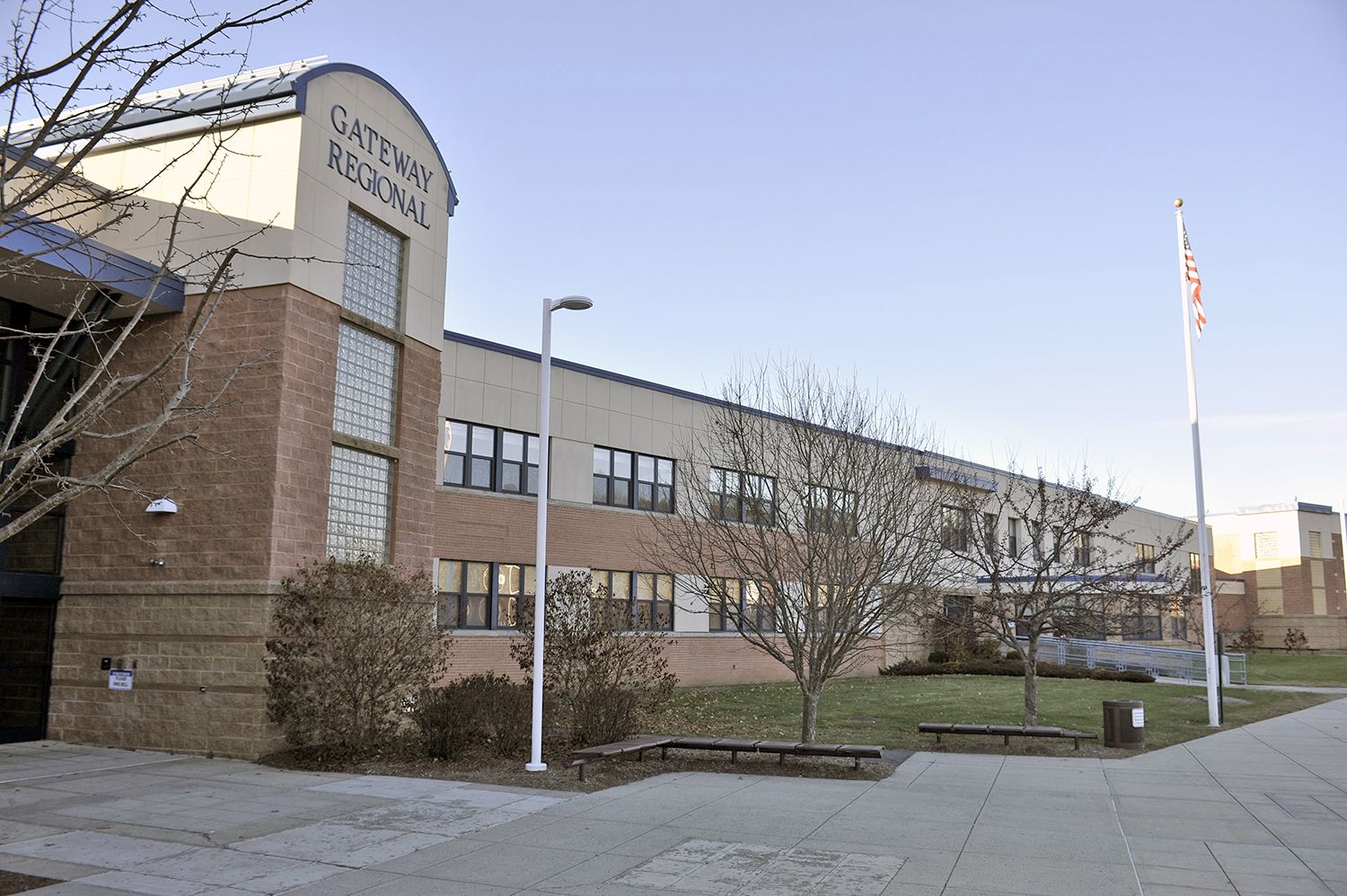 The Gateway School Committee met following the last day of school on Wednesday. Chairs were stacked in the hallways as the custodial staff began summer cleaning.
Brennan Foley, student council representative to the School Committee said during the public input portion of the meeting that it would be his last until school begins again. Other than that, business continued as usual.
Jason Finnie, principal of the high school and middle school, reported on updates to the program of studies and the student handbook regarding civil rights, to comply with new state language. Protected classes will now include homeless on the list. There was language inserted related to pregnant students’ access to curricular and extracurricular services. Language was simplified in the ban on hats/hoods, and the ban on smoking or possession of tobacco products now includes vapor or electronic cigarettes. Student parking fees have been lowered to $25 per year.
A motion was made and passed to continue participation in the National School Lunch program. Anne Marie Buikus of Montgomery told the committee about a grant she had heard was available to schools that have a 40 percent participation rate of students qualifying for free or reduced meals. Chair Michele Crane of Blandford said she would pass the information along to Wendy McCaul, food service director.
A motion was made and passed to send a school committee member to the Massachusetts Association of School Committees (MASC) conference in November. Ruth Kennedy of Russell has been representing the school committee at the conference in recent years. A discussion followed about reimbursing the representative for hotel and travel, which will be considered under new business at the next meeting.
A motion was made and passed to establish an OPEB (Other Post Employment Benefits) Liability Trust Fund, as recommended by Gateway Business Manager Stephanie Fisk at a previous meeting. Fisk was not present at Wednesday’s meeting. There was concern expressed by some members about creating a restricted fund.
“A lot of schools have established a fund. You don’t have to put anything in it,” attorney Russ Dupere said.
Next up for consideration were end of year transfers of funds. A total of $237,440 in increased line items was offset by decreases in other line items. A motion was made and passed to accept the transfer sheet.
A motion to transfer $106,658 from surpluses in health insurance to the newly established OPED Trust Fund that was voted on separately created more discussion, due to the uncertainty of Gateway receiving mitigation funding of $630,000 from the Commonwealth to offset Worthington’s withdrawal.
Ron Damon, Huntington member, pointed out that Gateway had a surplus in health insurance this year, but there was no guarantee for next year.
“It’s perfectly safe to put this money in a trust fund that we control. We may need it,” Damon said.
“But it’s also $106,000 that won’t go into E&D to offset increases,” Buikus said.
“This is a savings account for health insurance,” Dupere said. “It’s really not tying up the money in any way that would be problematic.”
Buikus proposed an amendment to the motion, to transfer a portion of the surplus into the OPED Fund. The amendment failed, and the motion to transfer the funds passed 7-4.
Superintendent David Hopson asked for a vote on a 15-day extension to file a new budget with the Department of Elementary and Secondary Education (DESE), to give the school until the third week of July in order to give them more time to hear back from the Commonwealth about mitigation funding. If the funding comes through, the current version of the budget will pass, due to the vote at town meetings in Huntington and Blandford to pass a budget with lowered town assessments based on receiving the funding. A motion for an extension was made and passed unanimously. On Friday, Hopson sent a letter to DESE requesting a 1/12 budget until a new budget is passed.
Crane asked for a motion to move forward a process to work on the interpersonal skills of the school committee with a representative from the MASC in the fall. A motion was made and passed with three abstentions.
“I want to tell Wendy (Long, district grant writer) that she did a great job on the write-up for school choice,” Buikus said. “It makes us look really good.”
Buikus then asked why so many students choice out of Gateway.
“There are probably almost as many reasons that people choice out as choice in,” Hopson said.
“My kids got a great education here, and they did extremely well in college in a variety of majors,” Long said.
“I was just dumbfounded to be at Town Meeting,” Martha Otterbeck of Chester said. “There were no parents there.” Chester voted down the Gateway budget at their meeting in June.
“I think what I hear at Town Meeting in Russell is an awful lot of negativity, that isn’t countered by people who really do know,” said Alice Taverna, Gateway pupil services director. “At my town meeting, I was the only one who stood up.”
Russell also voted down the budget that was passed by Montgomery and Middlefield.
“Gateway has a lot of press,” Terri Garfield of Blandford said. “I don’t know how we could do more.”
She said Hopson’s “Superintendent’s Corner” has been a trendsetter.
“Other people are doing it now. We have a prep school atmosphere,” Garfield said. “We’re the best kept secret around.”
“The majority of our Worthington students are coming back to us,” Finnie said. “They don’t want to go anywhere else.”