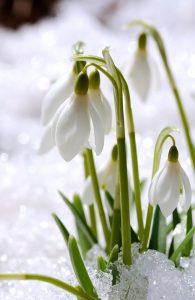 WESTFIELD – Geraldine Margaret (O’Neil) Moriarty died in her sleep in the early hours of New Year’s Day at her ancestral home, built by her grandfather on Davis Street in Holyoke, in the company of her family. Gerry, who was 92 years old, succumbed to lung cancer. She was born to the late Edward and Bertha (Doling) O’Neil in Holyoke on March 12, 1925 and was raised by her uncle and aunt, James and Margaret (Peg) Doling, following the death of her mother. She was employed at Perkins Company during World War II where she met her future husband, Joseph P. Moriarty following his discharge from the Army Air Corps in 1946. The couple, who married on June 18, 1949, had originally met at Sacred Heart High School, which Joe attended for one year after being expelled from St. Jerome’s High School. Gerry was predeceased by Joe in 2010, and by her brothers, the Most Reverend Leo E. O’Neil (1997), Bishop of New Hampshire and Auxiliary Bishop of Springfield Diocese and Edward O’Neil (2012).

Gerry is survived by her children:  Daniel J.  (Merry), Thomas E. (Ann) and Joann (Moriarty) Tilove (Jonathan); six grandchildren: Milagro (Alexis) Moriarty; Joseph P. Moriarty II (Emily Quinn); Molly (Jarad) Roach; Hannah Moriarty; Dylan Tilove and Aria Tilove; and by two nephews, Leo O’Neil and Timothy O’Neil. Gerry had many close friends, especially those in her aquatic exercise group at the YMCA where she was the queen of flip flops, and the staff of the Westfield Athenaeum.

Gerry was a stay-at-home mom who always had a treat, brownies, cupcakes or cake on the table when her three children got home from school, items that were in high demand by classmates willing to trade. She secured her driver’s license at the age of 50 thanks to the patience of John Fitzgibbons after every licensed member of the family emphatically declined further tutelage because of her dyslexia. Once, on a trip to New York City she instructed Joe that a turn off was coming up and that he should move into the LEFT lane of a five-lane highway, Joe got into the far left lane, which was bordered by a 25-foot concrete wall and Gerry was adamant that he move left, Joe responded that he could not go any more to the left, Gerry said, while pointing to the right, I meant left that way. The family ended up in the Bowery, eating lunch at an auto-mat (which was pretty cool) and never found the Empire State building. There was also the time when Gerry and Tom were picking up Dan at Columbia Manufacturing and she encouraged Tom to apply for a summer job. Tom said he would apply if Gerry also applied. Columbia hired Gerry and she worked in the paint department for more than a decade, making a new group of friends.

A funeral mass will be held on Saturday, January 6th at 10:30 a.m. at St, Mary’s Church on Bartlett Street followed by a remembrance reception at the Westwood Restaurant on North Elm Street. Interment of Gerry’s and Joe’s cremates with be at the convenience of the family. In lieu of flowers, donations may be made to St. Mary High School or the Baystate Noble Hospice. The funeral arrangements are in the care of the Firtion Adams Funeral Service of 76 Broad Street, Westfield.