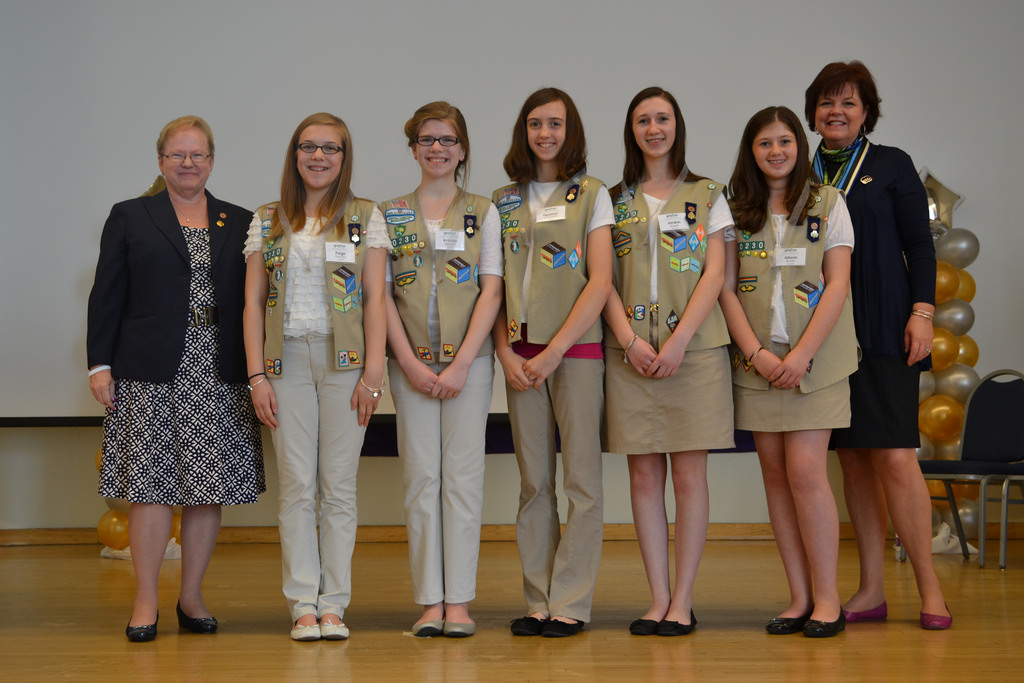 WESTFIELD – For decades, the Girl Scouts of America have been a fixture in western Mass. and are looking to continue making an impact on the lives of young women in the western Mass. region.
While the organization teaches young women the value of “being prepared” and “doing a good turn daily”, it takes reliable and responsible volunteers to help instill these values in troops all over the region.
“I would love the experience of being a Girl Scout Leader,” said Dana Carnegie, community relations manager for Girl Scouts of Central and Western Massachusetts. “When I watch girls and leaders in action, I’m filled with admiration and, to tell you the truth, a little bit of envy.”
Carnegie said that she was a Girl Scout up until sixth grade, starting with the Brownies and working her way up to the Juniors before she stopped participating.
“It wasn’t cool to be a Girl Scout anymore and out I went,” she said. “But what I’ve learned in coming back to Girl Scouts is, the longer you stick with it, the cooler the opportunities become.”
“I’ve watched girls contribute to their communities in such significant ways, earn their own money by selling cookies to go on these really phenomenal trips,” Carnegie said. “And just the camraderie with each other and in a girl’s life, the importance of the all-girl environment really matters.”
Pat O’Connor, a secretary in the Agawam School District, has been a volunteer for 10 years with two Westfield troops, 40230 and 40222, and started when her older daughter wanted to participate.
“I said I would help with the troop, but we had no volunteers. We had three parent meetings before we had a good amount of people,” she said. “There’s probably about 20 troops in Westfield.”
O’Connor listed off several of the trips her troops have made and places they will go soon.
“Girl Scouts have pretty much traveled the world, but we do a lot of smaller, day trip-type things because the girls are involved in so many other things,” she said. “We don’t do as many weekend things as other troops, but that’s the good things about Girl Scouts – the individual groups can do different things to fit the girls they’re working with.”
Having participated in the Girl Scouts as a young girl, O’Connor said she stopped doing it in high school and is enthused that many of her charges are serving well into their high school years.
“In 40230, all but one of the girls is in high school and it is exciting that they’re sticking with it,” she said. “We adjust the meeting times to all their sports teams and church events and they’ve really formed a bond and enjoy being together.”
O’Connor stressed the skills learned through scouting that have already benefited her girls.
“They start working on business skills and leadership skills even when they’re young in the first grade,” said O’Connor, adding that 80 percent of female business owners in the U.S. were Girl Scouts. “It’s a safe environment and they feel really comfortable. It enables girls to gain that self-esteem so that they feel comfortable at the next step.”
When asked about what a western Massachusetts without the Girl Scouts would look like, O’Connor shudders at the thought.
“That would be an awful thing,” she said. “So many Girl Scouts, current and former, have done such amazing things, it’s kind of frightening to think about if they didn’t have this program.”
“Their Gold Award projects are just amazing and they can impact people worldwide,” said O’Connor. “Sometimes things they do in Scouting inspires them to pursue a career. So many women… Hillary Clinton was a Girl Scout.”
Despite all of these positive aspects to the organization, Carnegie sounded worried when she described the current state of the Scouts.
“Membership is dropping. We see this in Massachusetts, as well as to a national level. There are not enough adult leaders,” she said. “We have girls on waiting lists, but no leaders to lead them.”
For those interested in working as volunteer leaders, Carnegie said there is an extensive application process that includes background and reference checks, but that that this shouldn’t dissuade volunteers from applying.
“We make it as easy as possible. So much can be done online,” said Carnegie, adding that there are leadership opportunities available to volunteers. “There are trainings and programs like Autumn Escape, that are filled with adult learning opportunities.”
Asked what her pitch is to people contemplating becoming volunteers, Carnegie is very upfront.
“Girls need you and communities need Girl Scouts,” she said. “It’s such a nice experience for a girl and for the leader who is providing that experience for a girl.”
“The privilege the leader has is watching these girls go from as young as kindergarteners all the way up through seniors in high school. Girl Scouting sticks with the girl all through their life if they want it to,” said Carnegie. “They (volunteer leaders) get the privilege of watching them grow up and instilling girls with confidence – that they can be whatever they want and do whatever they want.”
Anyone interested in volunteering with the Girl Scouts can contact the Girl Scouts of Central and Western Massachusetts at (800) 462-9100 or by logging onto their website at www.gscwm.org.