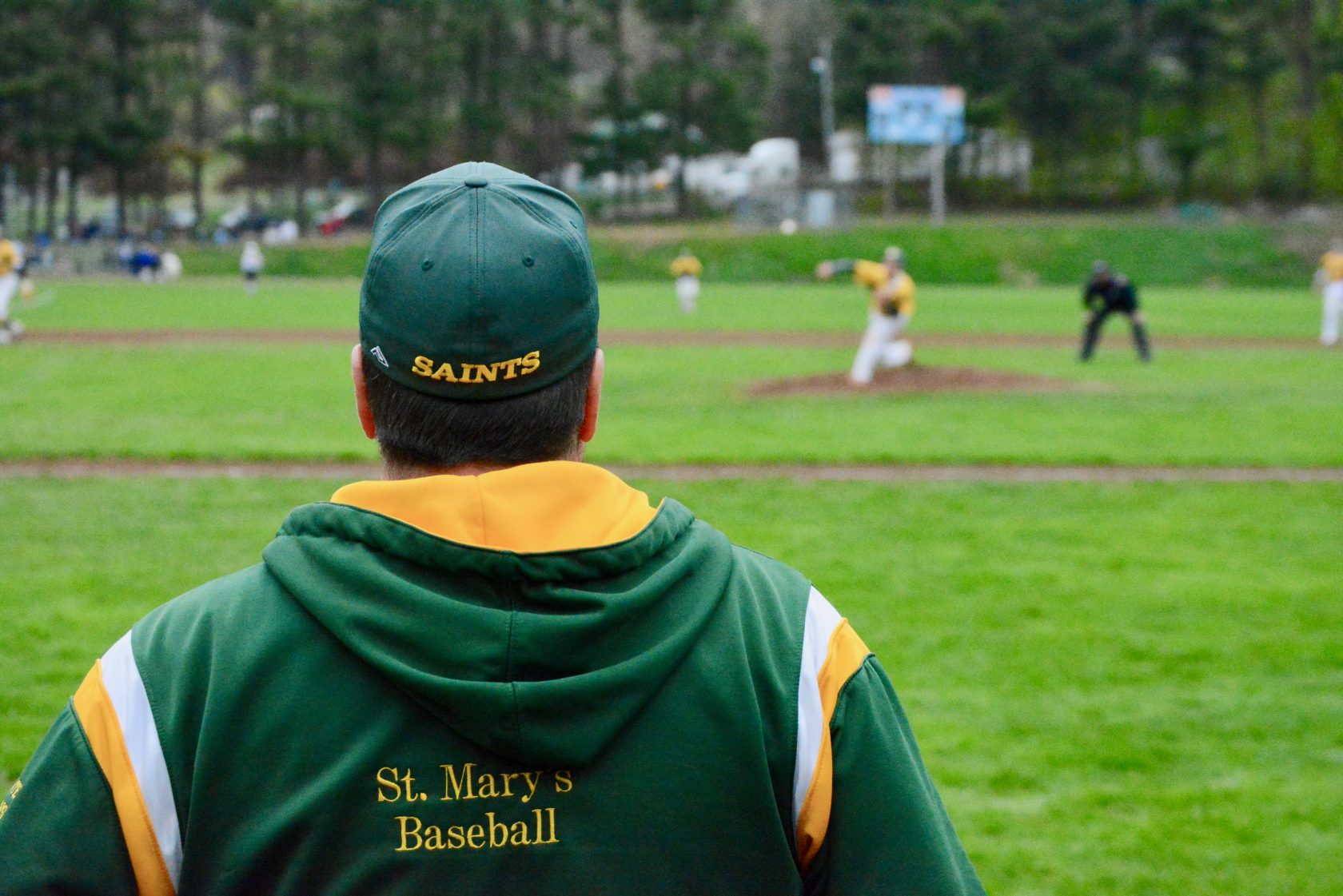 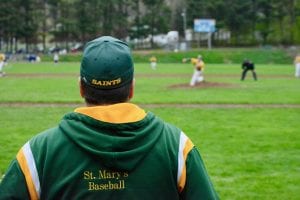 WESTFIELD – St. Mary’s and Westfield Technical Academy are teaming up to raise funds for the D’Amour Center for Cancer Care at Baystate Medical Center.

The two schools’ baseball teams will go head-to-head Monday on the field, but will join forces for charity.

The game is at Bullens Field, with St. Mary’s having the home team advantage that night.

“In 2014 one of our head coach’s mother-in-law was diagnosed with breast cancer,” he said. “We did a T-shirt fundraiser for Mass General Hospital and raised $7,000.”

The donation was among the top 50 at the hospital that year and the team was invited to Mass General for a tour. They were also featured donors in the hospital’s marketing that year and received Red Sox tickets.

Lamirande said it was an amazing experience, but he figured it was a one-time effort. However, the following year a player was accepted to West Point and asked to raise funds for Wounded Warrior. The team created T-shirts once again and collected donations.

The next season, Lamirande decided to make the fundraiser an annual event and kept the funds local.

“We wanted to donate to local charities and since then we have donated to the Shriner’s Hospital, Jericho and New England Adventures, a local veteran organization,” he said.

The team is very involved in the charity selection and it’s often based on situations in players’ and coaches’ lives.

“This completely fits with our mission as a school,” said St. Mary’s Principal Matthew Collins. “Our students are required to do 30 hours of community service and this is one way they are able to do that. They choose the charities that they raise money for and it’s something they have a personal connection to.”

Coincidentally this year, a WTA booster parent, thinking the May 20 game was a home game for WTA, also scheduled a charity fundraiser for cancer that night.

Lamirande said WTA has an annual basketball fundraiser for cancer that St. Mary’s has participated in, so he was happy to team-up again.

“This is now a Westfield effort,” he said.

Cindy Sullivan, mother of a WTA baseball player and member of the Westfield School Committee, agreed.

“It doesn’t matter which school it is – this is about Westfield coming together as a community,” she said.

Both teams are wearing and selling T-shirts. St. Mary’s will have green and gold shirts with the school name on front and D’Amour Center for Cancer Care on the back. WTA will have the same shirt in purple. St. Mary’s shirts were pre-sold, but Lamirande said he did order a few extra and if they are available, they can be purchased at the game.

“Since we are joining forces with Westfield Tech this year, we will charge a $3 admission to the game, which will also be a donation to the D’Amour Center,” Lamirande said.

WTA will sell refreshments and more.

“We will have a raffle basket fundraiser the night of the game, with the funds going toward the donation,” Sullivan said.

In the past, St. Mary’s invited the selected charity to the game and presented a giant check. This year, Lamirande said Baystate Health’s golf tournament conflicts with the event and they will not have a representative at the game.

“We will do something with them and present a check another time,” he said. “And traditionally we take the players to the charity for a tour and to learn more about it and see their donations at work, so I’m hoping we can do that at the D’Amour Center.”