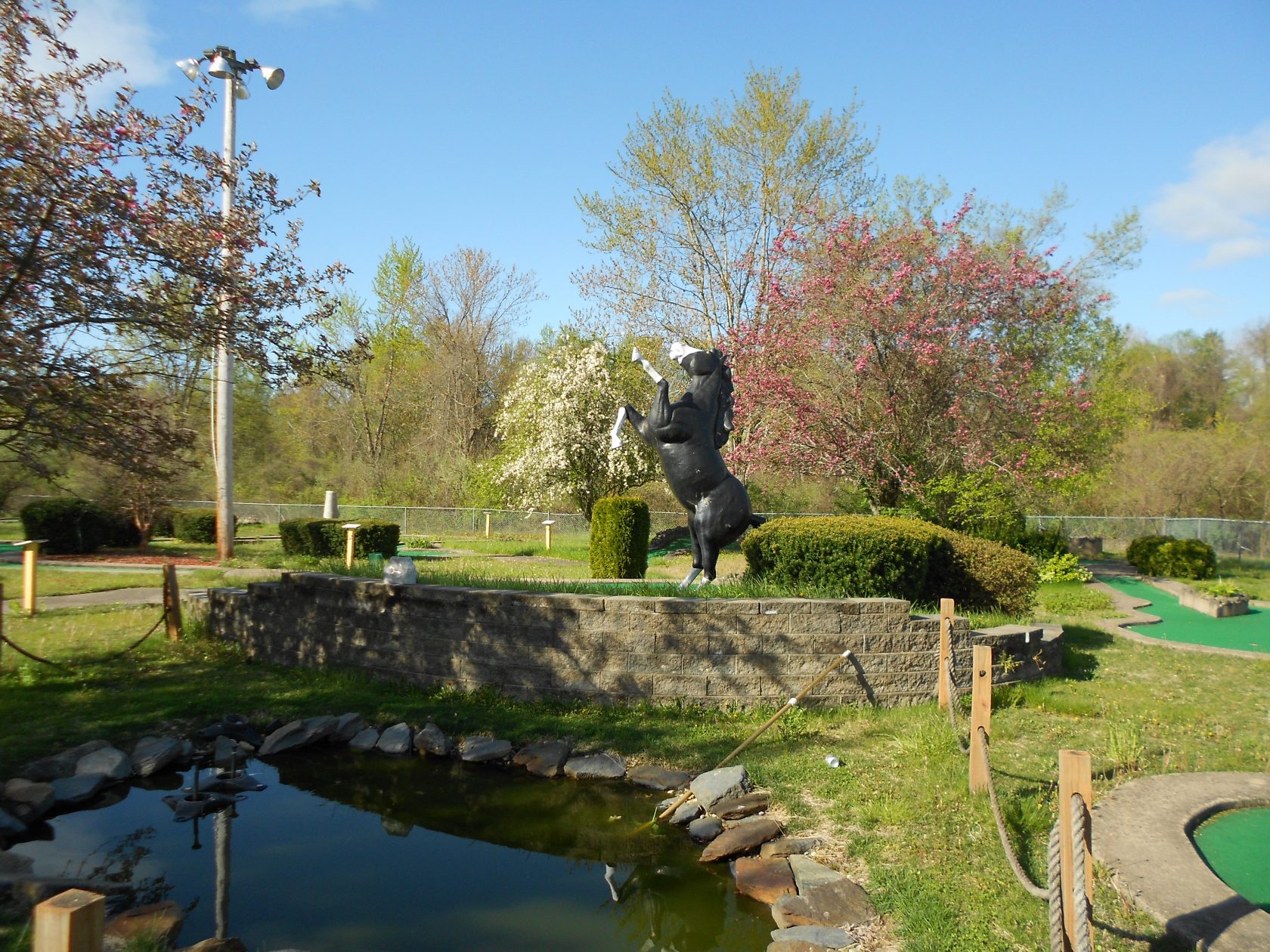 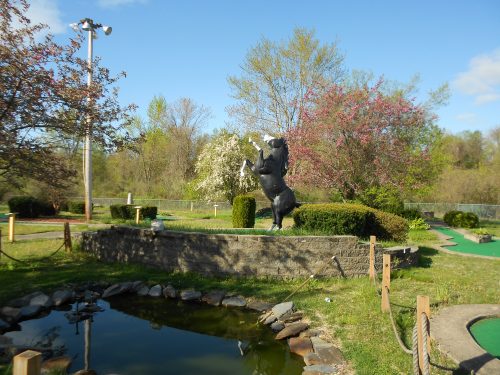 A horse statue “rears” at a mini-golf hole at Golf Acres. (PHOTO SUBMITTED)

WESTFIELD – The Conservation Commission held a virtual meeting during the storm on July 27 that left several neighborhoods in the city without power. Commissioners considered stopping the meeting, but continued in deference to participants who were able to sign on and were waiting.

Anthony Witman of Mr. Whipy’s Golf Acres at 317 Union St. had been seeking a request for determination (RDA) since June 8 for work at the newly reopened driving range, miniature golf and go-kart establishment, which is located in the 100-year floodplain. Witman was on the call for his fourth appearance before the commission.

Witman is seeking to remove invasive vegetation and mow the frontage along Union Street.  A section of vegetation directly in front of abutter Melissa Kielbasa’s home will be maintained as a visual and sound buffer, a compromise reached during previous meetings. No trees will be removed along the street. He also wants to add a walking trail in the rear of the property between a pond and Powdermill Brook, removing bittersweet along the trail, as well.

Kielbasa, who could not log on due to power outages on Union Street, emailed Conservation coordinator Meredith Borenstein during the meeting, asking that Witman retain the visual buffer in front of her property as promised.

Commission Chair David A. Doe said that Witman supplied better maps of the area to be mowed, as requested. He asked for clarification that they would not be putting in a lawn but allowing for a natural succession of plants. He also asked that when the RDA expires in three years, that Witman return with a Notice of Intent (NOI) for long-term management of the site. Plans were then approved.