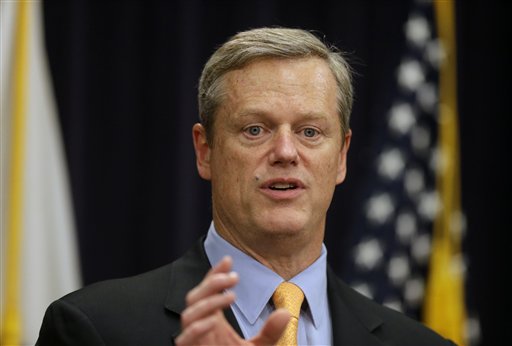 BOSTON – Governor Charlie Baker announced during his State of the Commonwealth speech that Massachusetts has joined the network of AARP Age-Friendly States and the World Health Organization Global Network of Age Friendly Cities and Communities. AARP praised Governor Baker for his leadership on this issue of importance to Bay State residents of all ages.

Massachusetts is only the second state in the nation to take such action after New York enrolled with AARP to become an age friendly state in 2017.

AARP’s Age-Friendly Network asks for commitment from state elected leadership to work actively toward making the state a great place to live for people of all ages.

In a letter to AARP Massachusetts, Governor Baker wrote “Many of our older adults have the time, energy and talent available to start a second or third career, volunteer in their community, become a mentor or pursue an unfulfilled passion.  By enrolling in the network of Age-Friendly States, Massachusetts embraces the opportunity to promote and celebrate aging.”

Last year, Governor Baker established the Governor’s Council to Address Aging in Massachusetts, which focuses on promoting healthy aging in Massachusetts and achieving the goal of making the Commonwealth the most age-friendly state for people of all ages. The Governor’s Council brings together leaders from the aging, business, government, nonprofit, technology, education, transportation, housing and health care sectors to advise the Baker Administration on innovative policies and best practices to support and engage older residents.

Adults aged 60 and over are the fastest-growing segment of the U.S. population and will make up 23% of the Commonwealth’s population by 2035.

“AARP’s age friendly network encourages states, counties, cities, towns and rural areas to prepare for the rapid aging of the U.S. population.  The network encourages states and communities to take action and pay increased attention to the environmental, economic and social features that encourage greater age integration and diversity and create a community that supports residents from the cradle through retirement,” said Nancy LeaMond, Chief Advocacy and Engagement Officer for AARP.

The AARP Network of Age-Friendly States and Communities helps participating states become great places to live by adopting such features as walkable streets, better housing and transportation options, access to key services and opportunities for residents to participate in community activities. Well-designed, livable communities help sustain economic growth and make for happier, healthier residents — of all ages. The AARP Age-Friendly Network is an affiliate of the World Health Organization’s Global Network of Age-Friendly Cities and Communities, an international effort launched in 2006 to help cities prepare for their own and the world’s growing population of older adults and the parallel trend of urbanization.

The eight Age-Friendly/Livable Community domains outlined by WHO and AARP are:

AARP encourages older adults to take an active role in their communities’ plans and ensures that their voices are heard. Related initiatives focus on areas such as housing, caregiving, community engagement, volunteering, social inclusion and combating isolation among older people.