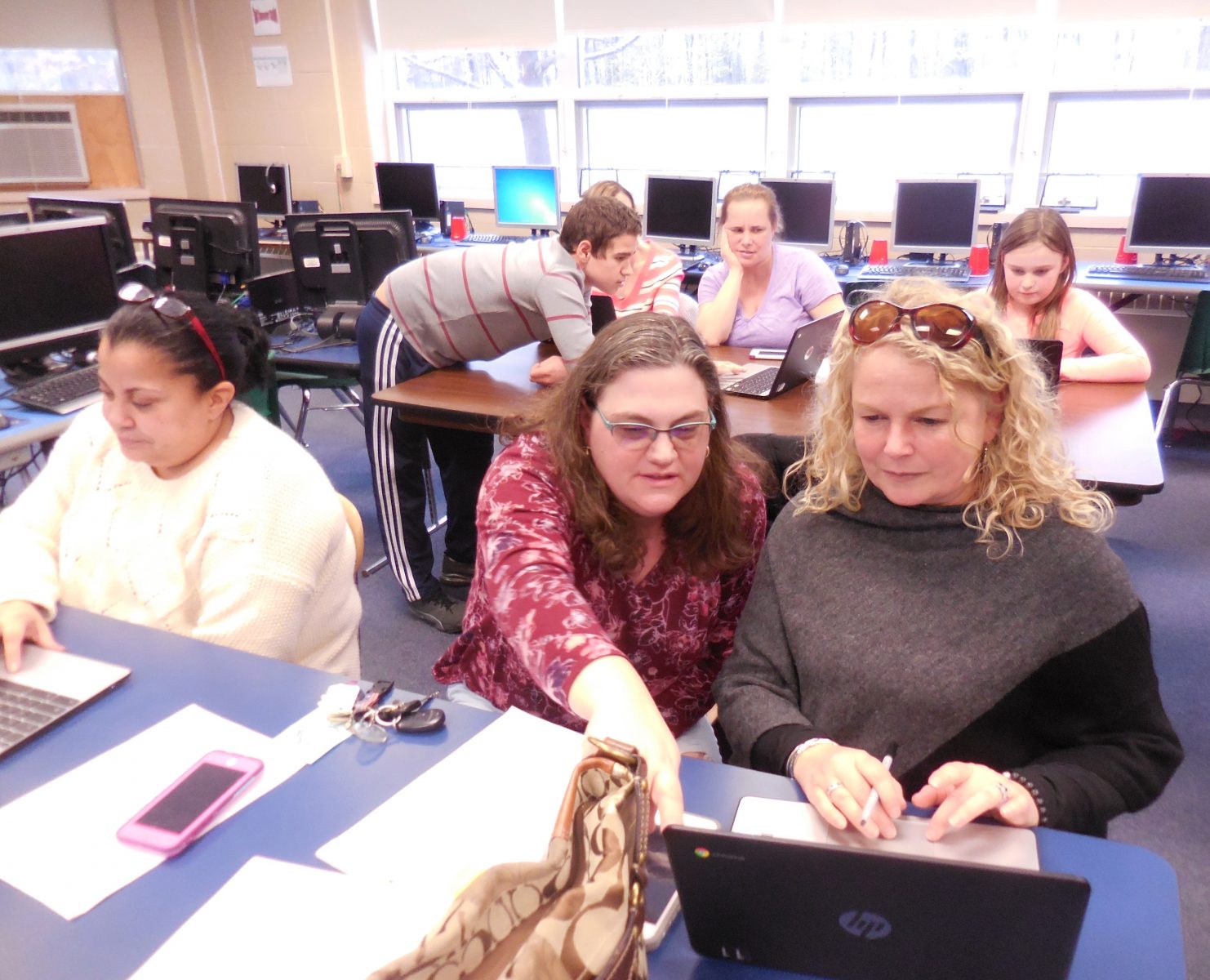 WESTFIELD – SEPAC (Special Education Parent Advisory Council) held a workshop for parents to learn how to use Chromebooks and some of the assistive technology embedded in them which is available to all students. 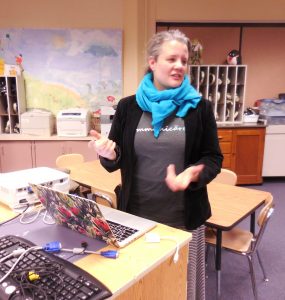 Assistive Technology Practitioner Lesley Quinn, a consultant to the Westfield Public Schools, said the district technology plan is promoting the use of Google Classroom in grades K-12. She said one of the advantages is the number of tools and programs available to help access curriculum and eliminate barriers for all students, including English language learners, students with IEPs and those in general education.
Quinn said the advantage of Chromebooks is that the programs are embedded in the platform. Chromebooks are a kind of laptop with minimal hardware and maximum software. In the last two years, the district has invested in 1,500 to 2,000 Chrome books. The tools in them are licensed for the entire district, and available for families to download on their mainstream technology, smart phones and iPads at home.
The district technology plan is also moving to Google Classrooms with accounts for all students. Google Classroom is an online space for teachers and students to connect and communicate. Whenever a student signs in with their school email, they have access to their Google account. This way, a student may type a paper at home and submit to a teacher online. Blizzard Bag assignments will also be available in this way.
One of the assistive tools available in the program is Snap&Read, which will read highlighted text out loud. Quinn said the program was developed by Don Johnson, a man with dyslexia. The speed the text is read can also be adjusted, as can the pitch of the voice reading it. Quinn said the voices are synthesized speech, which allows access to the broadest text possible, as live voice readers have a smaller set of what’s available to use. 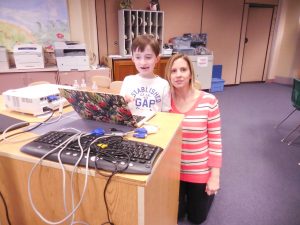 Evan and Michele Douglas, a SEPAC parent leader, attended the workshop together.

Another option of Snap&Read is to simplify the reading level of the text. After the text is highlighted, the leveler icon will show a number that corresponds with the grade level of the text. The leveler icon can change the vocabulary to the grade level you want. Quinn said sometimes you have to refresh the screen to get the change.
Snap&Read also has a translation function, which can translate into a chosen language, and will read the text out loud in the chosen language. Quinn said this is a fantastic tool for middle school and high school students taking a foreign language, offering extra support for those who need it.
Quinn said another tool available to students is Co:Writer, a word prediction tool. She said it is similar to a smart phone when you start typing and words pop up. “It’s nice for us, but can be critical for students with reading and writing disabilities,” she said. She said Co:Writer can also discern dyslectic spelling patterns and early patterns for students just starting to read and write. She said it is designed to support that type of spelling. 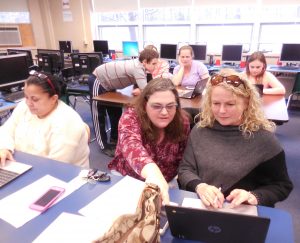 Students and other parents were available to help navigate the tools during the workshop.

Another free tool on Google is speech-to-text, which is the opposite of Snap&Read, where a student can speak and have their words come up on the screen. She said punctuation and new lines have to be spoken into the text. Parent Melissa Rutkowski said the program doesn’t understand her child when they speak into it. Quinn said no tool is ever perfect. “You have to learn how to work with these tools,” she said.
She added that for students with speech impairments, the program will get used to the impairment if it’s predictable. She said it is smart technology, enhanced by Google’s access to data from around the world.
Quinn also briefly reviewed Google Slide, a PowerPoint feature. She said for the speaker notes in that program, a student can use Speech to Text directly into the slides. She said within Snap&Read, there are also “tons” of templates for building projects.
For high school students, it will also automatically add citations for all the texts used.
“We’re looking to minimize the amount of output barriers, to get the students’ ideas out,” Quinn said. 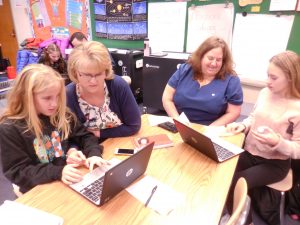 After her presentation, she asked parents if they felt they could go home right now and help their students with the tools to be able to easily and quickly get the assignments done. Some parents nodded yes, others required some one-on-one assistance. The students in the room then went around and helped the parents with their questions.
Domenic Altieri, an eighth grade student who was helping parents, said he uses Google Classroom every couple of days. He said he has a writing disability, and uses Google Docs for his assignments, which he gets through Google Classroom.
Parent Rachel Bullock said she and her husband are Apple users, so there is a learning curve. “It’s definitely very exciting,” she said.
Special Education Program Supervisor Karoline Kells said the tools offered help students with phonemic awareness and understanding of the sounds as they relate to words. She said the Chromebooks are not replacing the written word, which the students are in front of all day, but are being used to enhance their learning.
“We don’t want to be ignorant that technology is moving forward; we want to be proactive. We are bringing technology to the children in a safe manner,” Kells said. She also said all applications have to be vetted, proven safe and cost-effective for the district to consider adding them.
“I can see the doors it can open for people with disabilities in terms of access. It’s change-making; it changes the game,” Quinn said.