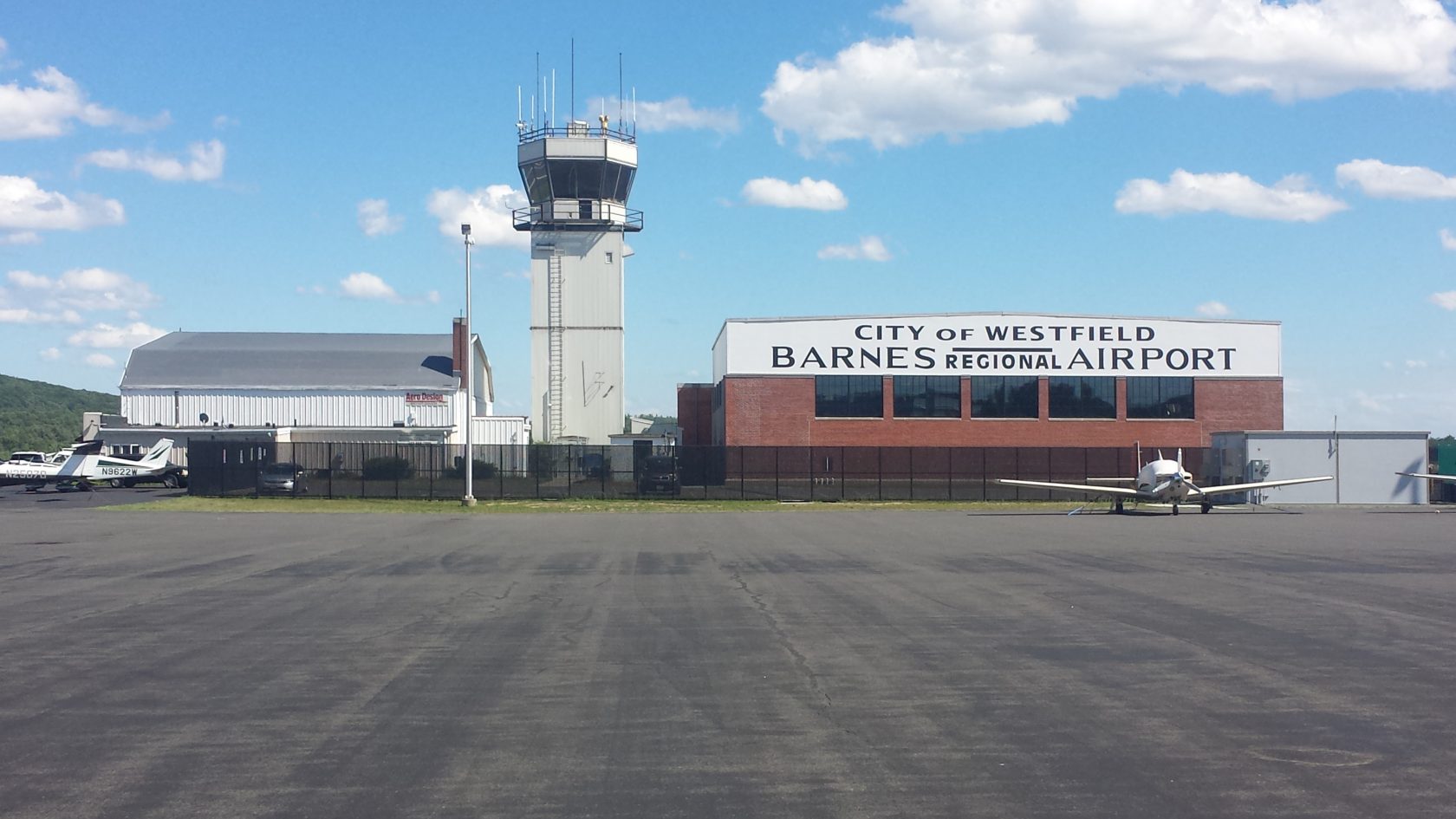 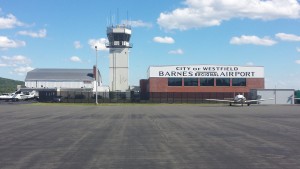 The control tower and a plane hangar at Barnes. (WNG File Photo)

“Bullens Field has been aerated, leveled, fertilized and over-seeded. The school and city did the project together, an estimated $20,000 repair. The Thanksgiving game had to be moved to Westfield State University, because the football and soccer fields were that bad. The soccer referees had real concerns,” Czaporowski said, adding that if graduation were held there, it would have killed the grass.
The district looked at possible locations at Westfield State, which would have limited guests to 600 to 800 people, and at Stanley Park, where they had concerns about the construction on Western Avenue and the potential for detours.
“Thankfully, Eric Billowitz (Airport Manager at Barnes) offered the airport, which is in the city, and we don’t have to limit guests. The graduation will be right in front of Hangar 2, where there’s lots of room,” Czaporowski said.
The Air National Guard 104th Fighter Wing is providing the lights for the graduation and lending the district 240 chairs, which will be added to the 250 they have for guests along with bleachers from Whitney Field. Jay Pagluica will be providing the sound.
“While seating will be provided, guests are also welcome to bring their own chairs if they do not want to sit in the bleachers,” Czaporowski said.
Parking for graduation will be available at the airport itself and at the following businesses: Jarvis Surgical, 53 Airport Road (Across from Airport Terminal); City of Westfield Animal Shelter 178 Apremont Way; Westfield Grinding Wheel, 135 Apremont Way; Stacy Industrial Supply, 152 Apremont Way; Instrument Technology Inc., 33 Airport Road., and Berkshire Industries, 109 Apremont Way.
There will also be handicap parking available close to the graduation site.
The Westfield Police Department will be directing traffic, and will also install digital signs to direct traffic during the graduation. Czaporowski said with two roads into the airport, the traffic may be easier than at Bullens Field.
“We have addressed all of our concerns with the planning part,” Czaporowski said, adding, “I want to thank Eric Billowitz for his flexibility in working with us and allowing us to have graduation in the city.”
As always, in the case of rain, the graduations will have to move indoors into the auditoriums at the two schools, and guests will be limited to four for indoor ceremonies.
“It’s a very unique opportunity for our kids to be graduating at the airport,” Czaporowski said.