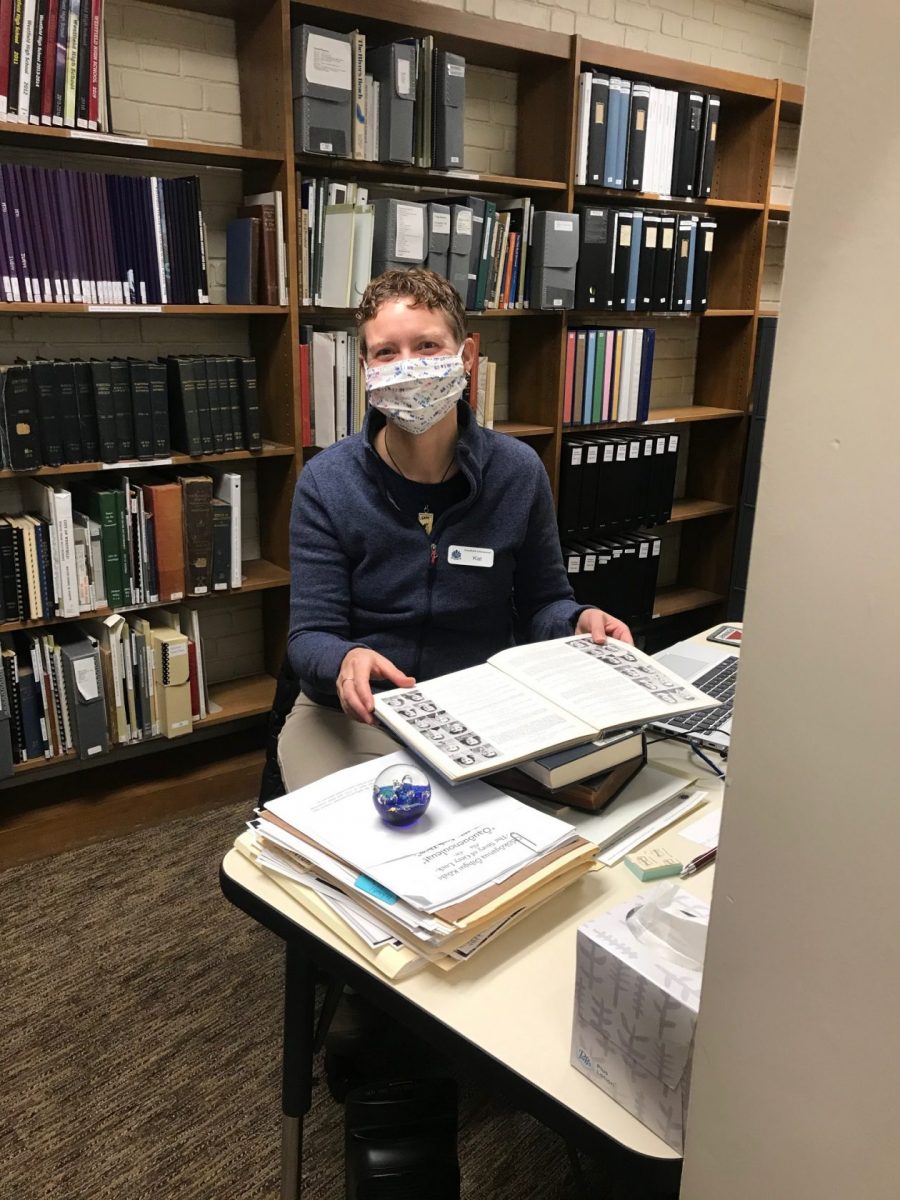 Three WWII soldiers from Westfield – all killed in action – now have their grave markers complete with a photograph thanks to the diligent work of Teresa Hirsch, a research volunteer with the Fields of Honor Foundation, based in Indianapolis, IN. Additionally, Hirsch sought out assistance from Kat Good-Schiff, reference and local history librarian at the Westfield Athenaeum.

“I volunteer helping the US WWII Cemetery in Margraten, Netherlands, and they have a special tribute where photos are placed next to their WWII soldier’s grave marker and it is called the Faces of Margraten,” said Hirsch.

Hirsch noted in her request to Good-Schiff that Staff Sgt. Arthur E. Wilson (1922-1944) of Westfield was without a photo despite having graduated from Westfield High School. 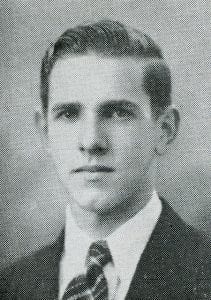 A photograph of Arthur E. Wilson of Westfield, who was killed in action during World War II, was recently found and has now been placed on his grave marker at the Netherlands American Cemetery.

“According to the 1945 Westfield High School yearbook, he graduated in 1942,” said Hirsch in her note to Good-Schiff.

“That was an easy request,” said Good-Schiff, adding “it only took a few minutes because she knew Arthur Wilson’s full name and year of graduation, and I had the yearbook close at hand.”

Good-Schiff added that oftentimes questions can take more time to research, including verifying the spelling of someone’s name, searching online databases, looking through microfilm, or searching through archival paper files.

Hirsch noted that the Athenaeum was helpful in two ways.

“First, the website was easy to navigate,” said Hirsch. “It gave key information via the catalog that enabled me to clearly know what my step needed to be. This is not common for all libraries.”

“I was appreciative of her reply which was in a matter of hours vs. days,” said Hirsch. “My search for Arthur Wilson’s photo had been going on for several months. I used online tools for newspapers and yearbooks as well as connected with family to no avail. After working with the Athenaeum’s online presence and especially Kat, it made me wish I had started with the library.”

Hirsch said what makes the Netherlands American Cemetery unique is that each of the men has been “adopted” by a local person, family or group, since the end of the war.

“Today, the adopter could be from the same family with the honor being handed down through the generations,” said Hirsch. “Or it could be someone new who had been on the waiting list for years. There’s never been a day that someone hasn’t thought of the soldier as ‘theirs.’”

Hirsch said there are 1,000 people waiting to adopt one of our soldiers at this cemetery.

“None of the other 11 dedicated WWII cemeteries in Europe has such passionate people wanting to remember them,” said Hirsch. “It’s one of the main reasons why I do this.”

Hirsch then added “and Staff Sgt. Arthur Wilson’s adopter will now be able to put a face with his name because of his hometown.”

Hirsch shared a few details about Wilson, including he enlisted in Springfield on Jan. 21, 1943, and served with the 327th Bomber Squadron. During an emergency landing at Ash Y-29 (Asch,  Belgium), on Nov. 26, 1944, the plane “had three engines out, A/C was left on the airfield, damaged under repair, and Sgt. Wilson was the only crew member who was killed during the flight.”

Sgt. Michael G. Di Mascola and Tech. Sgt. Paul E. Douglas, both born in Westfield, are also buried in this cemetery, according to Hirsch.

Hirsch also shared details of Di Mascola, who served with the 358th Bomber Squadron as a tail gunner. He received the Air Medal and Purple Heart.

“The formation was victim of intense and severe attacks from enemy fighters,” according to the Fields of Honor Foundation database. “The airplane was hit and the left wing caught fire between #1 and #2 engines. The ball turret was demolished. It seemed to be at least partially out of control as it pulled off to the right and went down in a steep dive and exploded. The entire crew of nine was killed.”

The date of death for Di Mascola was Sept. 28, 1944, in Linden, south of Wolfenbuttel, Germany. 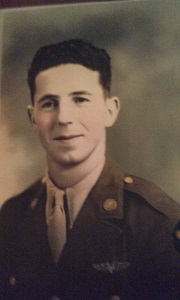 This photograph has been placed at the grave of Michael G. Di Mascola, originally from Westfield, who was killed in action during World War II. Di Mascola is buried at the Netherlands American Cemetery.

Hirsch’s details about Douglas are limited, and note he served with the 29th Infantry Division and was killed on Nov. 18, 1944 in the vicinity of Setterich, Germany. The database notes Douglas’ father, Leon E. Douglas, his mother, Mary E. (English) Douglas, brothers, Philip M., and Richard L., and sisters, Evelyn A. and Margaret E. 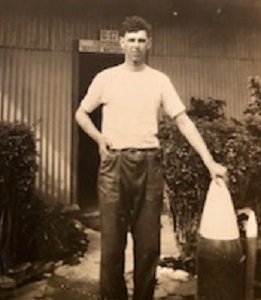 Thia photograph is placed on the grave marker of Paul E. Douglas, originally from Westfield, who was killed in action during World War II. Douglas is buried in the Netherlands American Cemetery.

“There are about 45 men from Hampden County buried in the Netherlands American Cemetery, and eight soldiers still need a photo,” said Hirsch, noting the soldiers were from Springfield, Holyoke, Three Rivers and Chicopee.

“We are also in need of a photo of Pfc. William E. Foley but we are not sure of his Hampden County hometown,” said Hirsch.

Hirsch said a short video is available on YouTube titled “De Gezichten van Margraten 2018” – that shows snippets of the cemetery, visitors arriving, opening memorial ceremonies, and how the photos are displayed.

“About 25,000 people attend which always amazes me – 25,000 Europeans coming to an American cemetery to visit graves of people they don’t know who died over 75 years ago,” said Hirsch.

For anyone who has leads or a photograph regarding the soldiers, Hirsch can be reached via email at [email protected].

For Good-Schiff, assisting persons like Hirsch is what makes her job interesting every day. 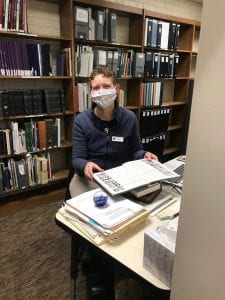 Kat Good-Schiff, reference and local history librarian at the Westfield Athenaeum, recently assisted a researcher who sought a photograph of a Westfield man who was killed in action during World War II. (SUBMITTED PHOTO)

“I love the variety, the questions are different every day,” said Good-Schiff, adding, “and also the opportunity to help people find information that is meaningful to them. Helping someone learn about their relatives or the history of where they live is very satisfying and people are always very grateful for the resources I can share with them.”