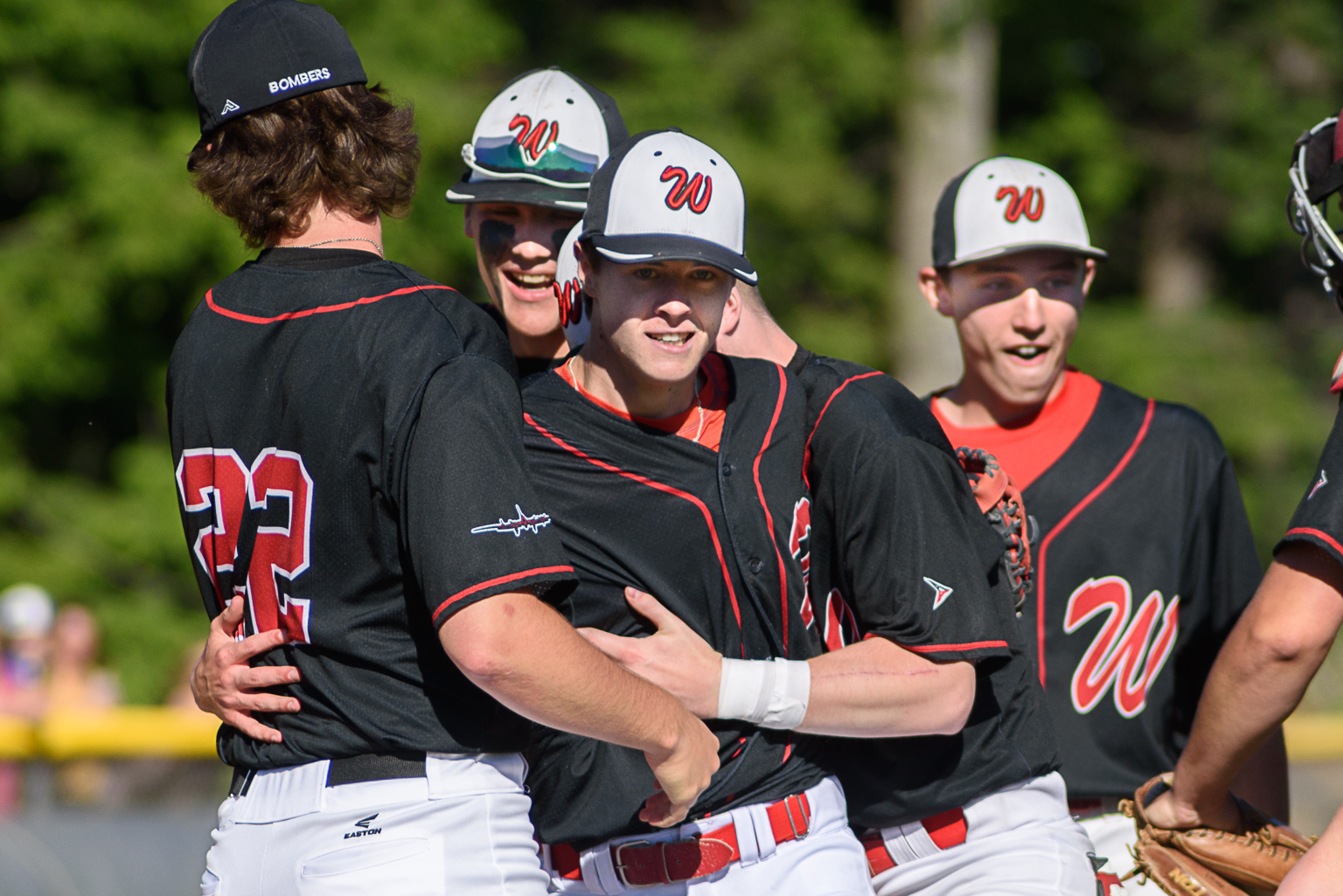 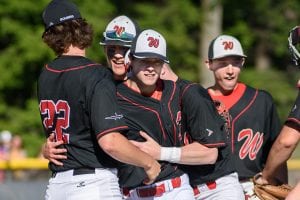 Westfield pitcher Jim Hagan is congratulated by teammates after the Bombers shut out the West Springfield Terriers 2-0 to advance to the West D1 championship. (Photo by Marc St. Onge)

WESTFIELD – Six years ago, Jimmy Hagan threw out the first pitch at the Hagan Field dedication ceremony, alongside his father, Jim, and cousin, Cameron at Westfield State.
On Tuesday, Jimmy christened Bud and Jim Hagan Field again with another milestone moment, tossing a complete game against No. 5 West Springfield, a 2-0 victory, to send the top-seeded Westfield Bombers into the West Division 1 championship game.
“It was definitely a special (moment) to be able to play here,” said Hagan, who allowed just one hit, a sharp hit down the third base line, in a complete game effort. He struck out 10 batters and walked none.
“Jimmy was spot on,” Westfield High School baseball coach Mike Kennedy said. “It was nice the way he did it with this field being named after his family.”
All the offense came in the first inning.
Westfield’s No. 2 batter, Mason Collingwood doubled to left-center field with one out in the first. Spencer Cloutier was plunked with a Mike Russell two-out pitch and the count 1-2 in favor of the West Side pitcher. Brian Strange followed with a RBI single through the left side of the field. One stolen base and a wild pitch later, and the Bombers led 2-0.
West Springfield briefly threatened in the fifth inning when No. 5 batter Andrew Corley collected his team’s first hit off Westfield starter Jimmy Hagan.
Hagan managed to get out of the inning unscathed though, getting a fly-out and strikeout in the next two at-bats to end the threat.
“This is a family,” coach Kennedy said of his ballplayers after the game. “In the past, we’ve had a lot of great ballplayers that would go do their own thing. These kids we have now would go through walls for each other.”
Westfield (16-6) has just one more barrier to cross to get that elusive crown. The Bombers will take on the third-seeded East Longmeadow Spartans (14-8) at UMass-Amherst Saturday at 10:30 a.m. 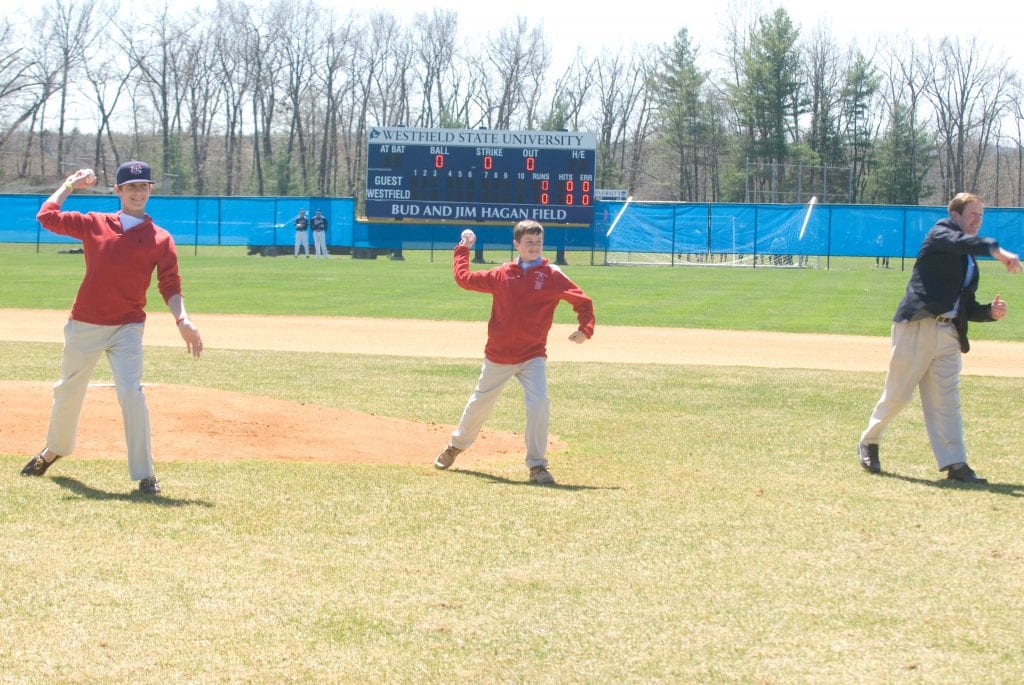