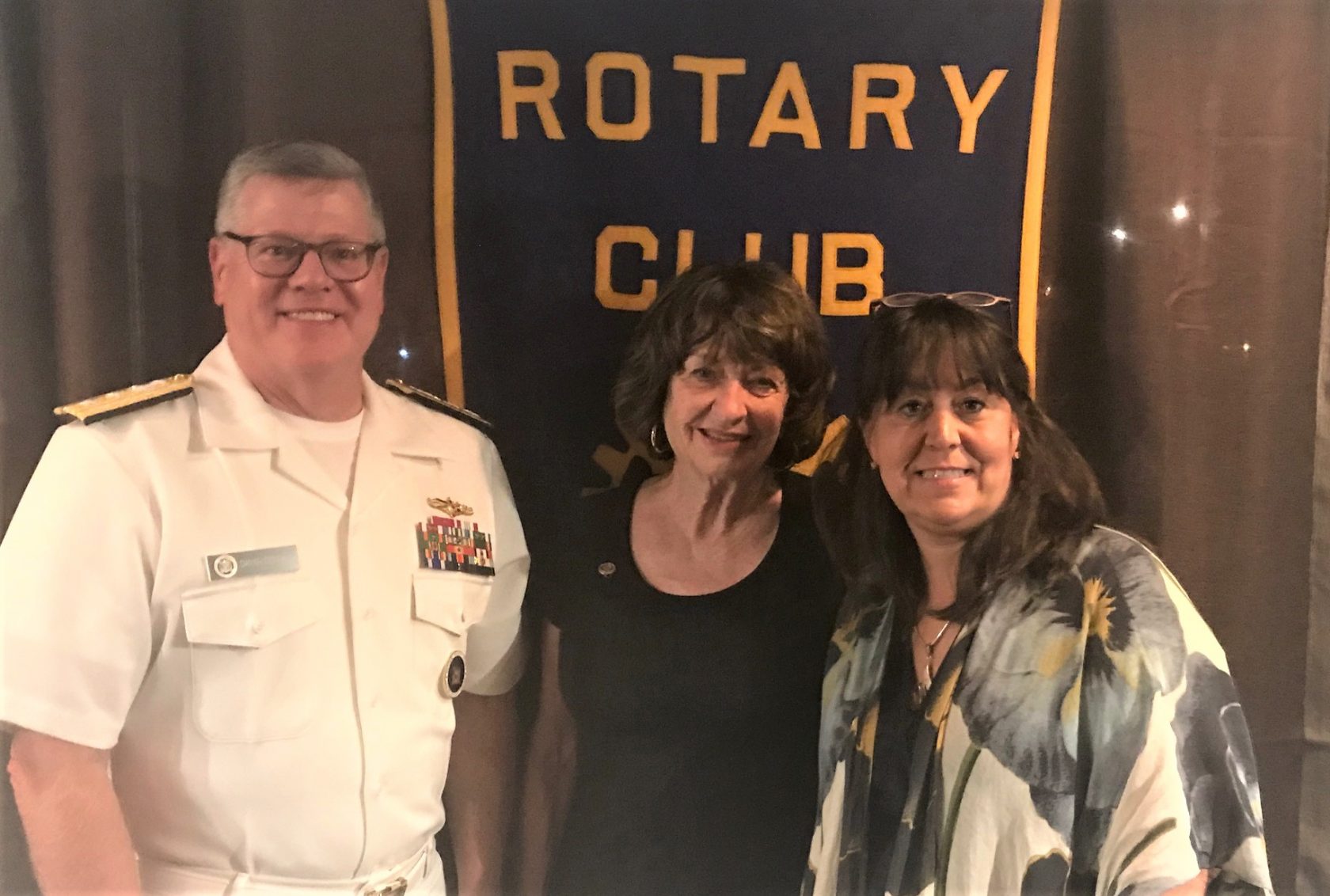 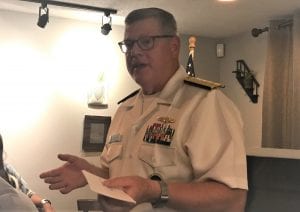 MacDonnell is a Massachusetts resident who has spent his career in the U.S. Navy. He holds a Bachelor’s degree in electrical engineering and a Master’s in management. His role in the Navy concentrates on cyber security, which he said continues to be a threat to national security.

“I wish I could say things are getting better, but they’re not getting worse,” MacDonnell said. “Our adversaries are very capable (in cyber and technology) and they know we’re a land of laws, and they know the laws.”

MacDonnell fielded questions from the audience and reflected on election concerns.

“There are foreign entities trying to interfere in our elections,” he said. “At the NSA we have a major role in supporting the elections.”

MacDonnell said most people don’t think of the Navy when they think of cyber security. However, he said “70-percent of the world is covered in water, 80-percent of the population lives near water and 90-percent of commerce goes over water.”

“The Navy is doing a lot of work behind the scenes, especially in commerce and shipping,” he said. 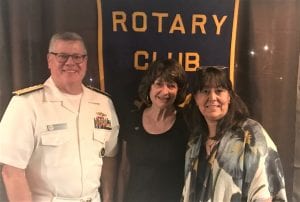 MacDonnell was asked about threats from China and North Korea and the Chinese Navy.

“We’ve noticed they have started building air bases on islands,” he said of China. “And they have submarines. They’re spending a lot of money on their navy to make sure they’re a presence in the Pacific — they are formidable competition.”

MacDonnell said he has “a big concern with North Korea” and added that unfortunately the threats from other nations are the “new norm.”

He said because of today’s technology, the U.S. doesn’t have the response time it used to when there was a threat, especially when it’s a cyber threat.

MacDonnell was in western Massachusetts this week touring schools and meeting with civic groups and local officials. Before speaking at the Southwick Rotary meeting, he swore-in a dozen young men and women into the U.S. Navy on Sept. 11.

He said it was an unusual ceremony.

“This year’s group is the first to be born after 9/11 happened,” he noted.

MacDonnell is the 11th deputy chief of Central Security Service and is the first Navy admiral to hold the position. His personal decorations include numerous Navy and Joint awards, the Legion of Merit, Afghanistan Campaign Medal, NATO Medal and campaign and unit awards.