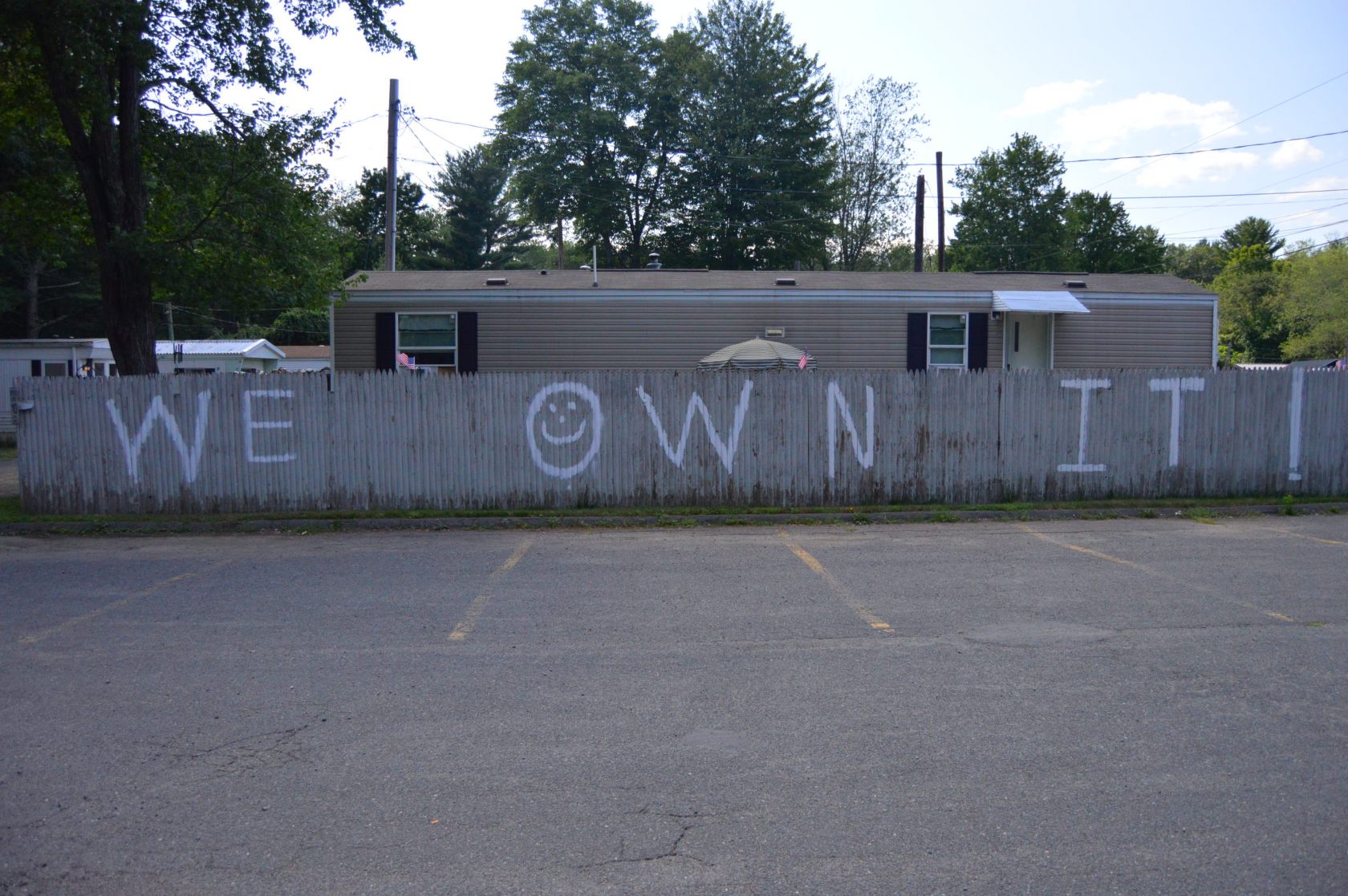 WESTFIELD — The Conservation Commission granted a permit to the Heritage Residents Association for stormwater work and associated plantings on Nov. 23, before announcing that they would be seeking a new Conservation Coordinator due to Meredith Borenstein’s upcoming departure.

Brent White of White Engineering in Pittsfield came back to the commission for a notice of intent that had been continued since July for improvements planned for the Heritage Residents Association property at 898 Southampton Road, which is bisected by Arm Brook.

Previously, White had said that when the residents of the mobile home park acquired ownership of the property two years ago, they had discovered a fair amount of leakage in the water system, and both stormwater management improvements and road repair and improvements were needed. The work to be done was structured into the loan agreement when the homeowners association purchased the park .

At the Nov. 23 meeting, White presented new plans to the Conservation Commission that changed proposed rain gardens to forebays, which are shallow underground structures which collect solids from rainwater runoff. He said with the relatively flat topography, water will be diverted to the forebays with raised asphalt berms.

White said they will plant the forebays with a New England wetland seed mix, which will provide an improvement from maintained lawns, as well as more wildflowers and natural plantings. They will also plant native shrubs along Arm Brook, and put split rail fencing by the forebays and plantings in the riverfront areas.

On the other side of Arm Brook, where the land rises again, there is a fair amount of runoff into the brook, White said, and they propose another paved raised berm leading to another sediment forebay. He said the initially planned rain gardens would have requiring removing mature trees, but now they will keep trees. They also propose to plant a lawn area with another New England wetland seed mix in the remaining riverfront area, and restore other degraded areas to lawn, which will be an improvement from existing conditions.

White said the benefit of forebays is that rainwater enters over the grade, and the sediment will settle out. He said they can be cleaned easily with a shovel and a wheelbarrow, and have a maximum depth of 18 inches.

“We’ve tried to place them in areas where we know we can direct surface water to them, where the existing topography lends sheet flow in the direction of the forebays,” he said.

White said the water lines which were in poor shape need to be fixed first, followed by the grading for the stormwater management system, and then repair and resurfacing of the roadways, according to best practices. “Currently, there is no stormwater management at all. What we’re proposing is certainly an improvement between the units and Arm Brook,” he said, adding that one benefit of the site is well-draining soil, so the forebays will retain water in peak flow, but will also have the ability to drain.

White said they don’t intend to maintain the areas where they will plant the New England seed mix, but do plan to cut back the growth once or twice a year.

“Seed mix is a better compromise between a rain garden and lawn,” he said, adding that they will also be planting 15 shrubs in the lawn area.

Asked whether the Residents Association would be working with a maintenance company on the property, White said they will be, but the benefit of the proposed system is that it requires very little maintenance.

He said both sides of Arm Brook will be protected during construction with a silt fence and wattles, in response to a question from Borenstein.

Commissioner Thomas Sharp asked if there is an area for children to play. White said the existing lawn area is a kids play area, and won’t be disturbed during construction.

The permit was approved with special conditions, including approval of the city Engineering Department and a signature on the city stormwater permit before the work can begin. Also, the forebays must be maintained according to state stormwater standards, and a bond for $5,000 be set with the condition that the shrubs need to survive two years before the money is released.

At the end of the meeting, Commission Chair David A. Doe said he will be meeting with the city’s personnel director this week to get the ball rolling on hiring a new Conservation Coordinator. He said the position hasn’t been advertised yet, until it’s vacant.

“We should acknowledge Meredith’s contributions to the city, and thank her for all the work that she’s done. She will be sorely missed,” Doe said.

Commissioner James Murphy said she has been “a great asset to the department,” adding that she was always well prepared on site visits, poised and articulate, and explained the laws well. “You did a good job,” he said.

“It was fun watching you grow in this job, which you definitely did,” Sharp said, wishing her well wherever she goes.

Borenstein, a wetlands scientist who will be taking a position in the private sector, said it’s not an easy job.

“You’ve got to learn quickly. I’m trying to do as much as I can before my last day,” she said.