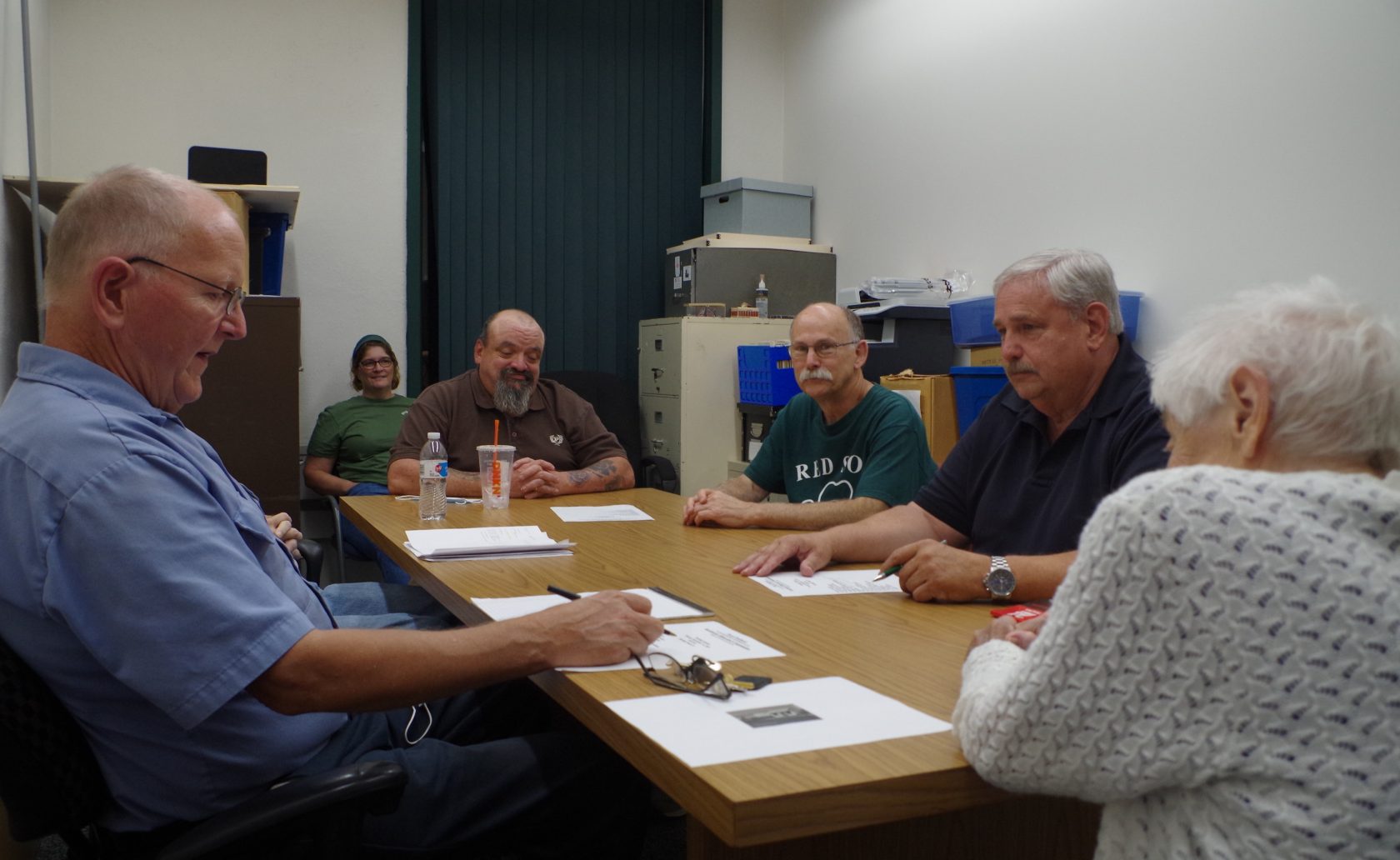 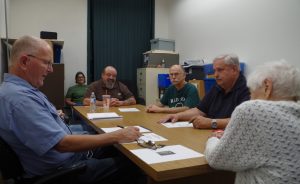 The commission held its first meeting in months on Sept. 14 as three new members joined the five-person volunteer board. Chair Lee Hamberg said his board hadn’t been able to muster a quorum since June, following the resignations of Barbara Phelps and James Putnam. Those departures had left Hamberg and Ruth Preston as the only active commissioners.

On Tuesday, Hamberg gave the new members an overview of the Historical Commission’s powers and duties (“we have relatively little power”), and an update on several of its ongoing projects. The commission — not to be confused with the independent nonprofit Southwick Historical Society — is charged with helping inventory and preserve historical buildings and sites, and working with the Cemetery Commission to preserve historical graves.

“We do as much as we can with what little we have,” Hamberg said.

One of the commission’s priorities this year will be to update the town’s historical building inventory on MACRIS, a state website. The inventory currently lists 202 places in town that have some historical component. Hamberg said the definition of “historical” is broad, encompassing any structure over 50 years old that retains its original character.

“There are a lot of houses that would qualify under that criteria,” Hamberg said. “Some of what is currently available [on the inventory] needs to be updated. There are also buildings that didn’t get inventoried over the years.”

He said it’s important to update the list not only for researchers, but also for so that the writers of the proposed master plan, or other future land use plans, have an accurate picture of where the town needs to preserve its historical character.

Among the best-known historical buildings in town is the old library at the corner of College Highway and Granville Road. The Historical Commission was involved in the process of selling the building, and now that it is being renovated, the board may still have a role to play in restoring it to its former glory.

“It’s looking so much better than it has for the past 20 years,” Hamberg said. “It’s all been top-notch.”

The developer has been looking for help restoring the building’s stained-glass windows, however. Hamberg said Town Meeting narrowly rejected a previous $33,000 funding request from the Community Preservation Act fund. He said he would like to try again. Even though the building is now private property, the stained-glass windows were donated by Southwick residents and face the public street, he said.

Davidson, who will lead the commission’s web and social media efforts, said the commission needs to push its priorities if it wants to win Town Meeting votes. He suggested that the commission set up a refreshments and information table outside the old library during the Southwick 250th Parade on Oct. 16, to explain to townspeople why it’s important to preserve the stained glass. Rankin suggested taking photographs of the restored interior and sharing them online.

The commission also discussed a Pioneer Valley Planning Commission historical preservation project at the New Haven and Northampton Canal, a former waterway that cut through Southwick. All of the Massachusetts towns in the canal’s path are contributing to the $90,000 project, which includes a full historical survey of the canal, and could lead to archaeological excavations or a listing on the National Register of Historical Places.

Southwick’s share of the project is $15,000, which has already been allocated from a payment the town received for allowing a cellphone tower on agricultural land off College Highway. The other communities on the canal route are Westfield, Russell, Easthampton, Northampton and Southampton.

Davidson, Rankin and Sanders were appointed by the Select Board on July 26. Hamberg said these appointments brought the commission to a full five members for the first time in several years, as even before the last round of resignations, it had been operating with only three or four members at a time.

Hamberg said the commission has an annual budget of $1,710, though with no meetings to vote on projects since the fiscal year began in July, none of that money has been spent yet.