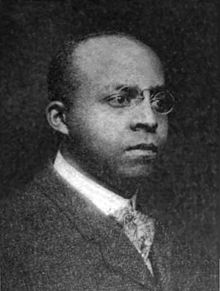 Editor’s note: In celebration of Black History Month, a variety of offerings are planned throughout the city, and one of the most successful and prominent Black families in the late 1800’s – the Paytons – are currently featured in a history chat, sponsored by the Westfield Athenaeum.

WESTFIELD-For local historian Dr. Robert Brown, he was all in when he discovered that a local family at the turn of the last century had a connection to the Harlem Renaissance.

Brown’s findings are currently featured in a “history chat,” sponsored by the Westfield Athenaeum, on its website – www.westath.org. The title of the lecture is “The Payton Family: An Adventure on a National Scale.”

Early in his teaching career, Brown notes in the “chat” he was asked to teach a course on black history and in preparation for the endeavor, read a “great many books.” Among the books that Brown read was “Harlem: The Making of a Ghetto,” by Gilbert Osofsky.

Early in Osofsky’s book, Brown said he was surprised when he read about Philip A. Payton, Jr., of Westfield, Massachusetts.

That revelation spurred Brown on to dig deeper into the archives and soon discovered that Payton’s parents were “fairly prosperous” with businesses on Elm Street in Westfield starting in the 1870’s. One advertisement in the local newspapers that Brown shares during the chat features Payton’s Ladies and Gents’ Hairdressing and Bathing Emporium.

Brown’s 40-minute chat explains in depth the great migration of blacks out of the south and into the cities of the north after the end of Reconstruction. Philip Payton, Sr. was an ex-slave from North Carolina who relocated to Westfield and married Annie M. Ryans in 1874 in the Methodist Church in Westfield.

Brown takes viewers on a history tour of how the Payton family navigated the business world – and also raised four children – all who attended local schools and excelled in their studies.

While Brown talks about each child and their successes throughout their lives, he centers particularly on Payton, Jr., who would eventually establish himself as a real estate entrepreneur – renting properties in Harlem to African Americans.

“Philip was not the student his siblings were,” said Brown, noting when he decided to strike out on his own, he had a series of “minor laborer jobs” in New York City before he eventually turned to real estate above 110 Street, now known as Harlem.

Brown shares the twists and turns of Payton’s business dealings – and marriage – and connections he makes along the way with individuals including Booker T. Washington, and the racial prejudices he sees firsthand.

Brown explains in great detail how Payton created a “bigger than life” persona and how he built “at least the image” of an empire in New York City as a successful black man in a world where those possibilities were being closed off.

Payton died at the age of 41 from kidney cancer.

A family monument at the Pine Hill Cemetery in Westfield is the lasting reminder of the Payton family.

“After 1954, Payton and his family and what they had achieved, had been forgotten,” said Brown.

To view the history chat about the Payton family, visit the Athenaeum link at https://www.facebook.com/watch/?ref=external&v=410351980127666