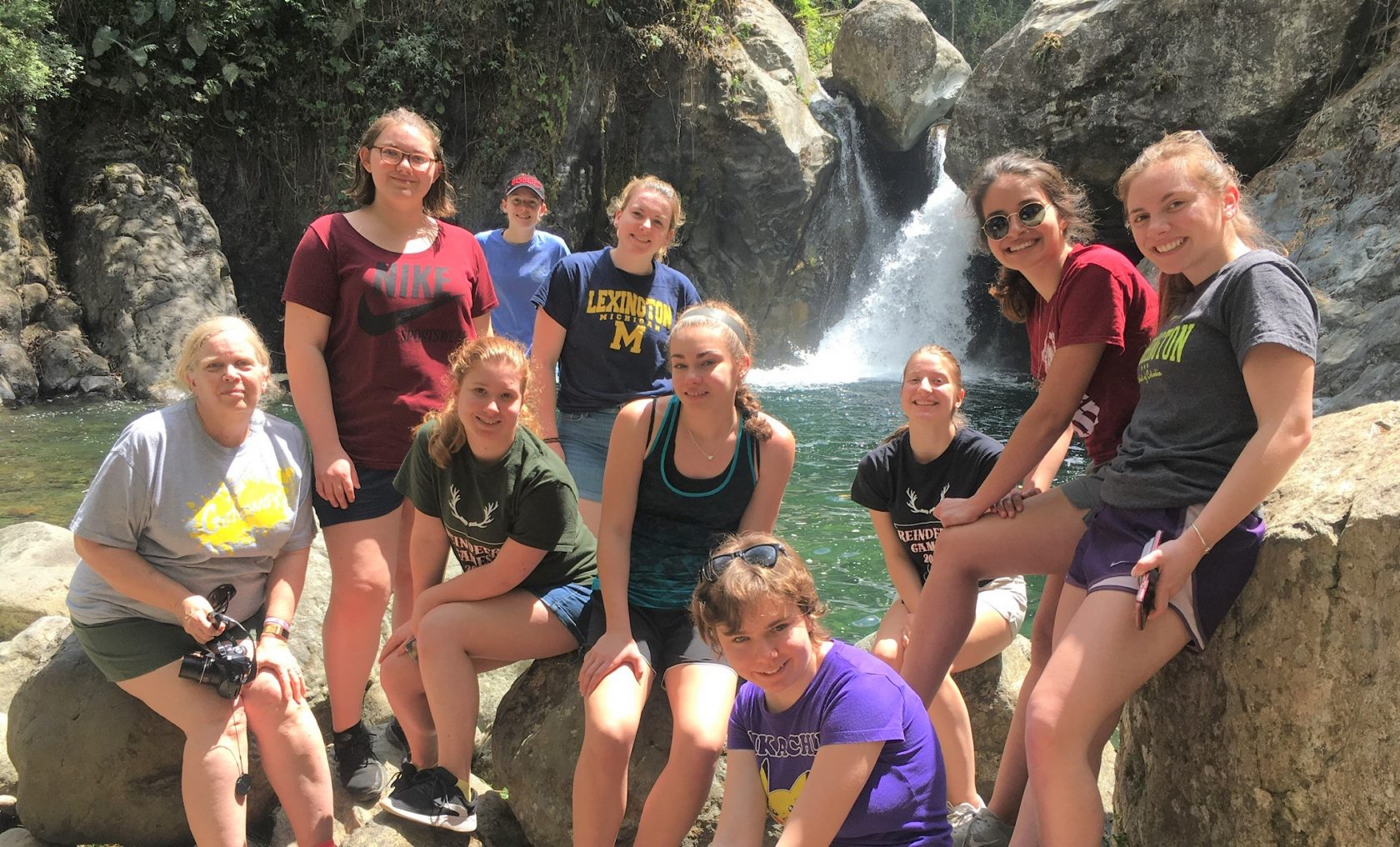 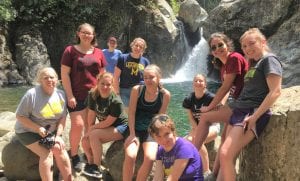 HUNTINGTON – On Sunday, April 14, Gateway students gathered in the waiting area of Bradley International Airport at four in the morning. Some were world travelers, some had never been on an airplane prior, but they all had something in common: they were ready for an adventure. Each one had a different perspective on the trip.

Nesting between Nicaragua and Panama in the Central Americas, Costa Rica accounts for approximately 0.03% of the Earth’s surface, a size comparable to West Virginia, yet it contains nearly 6% of the world’s biodiversity. This fact was one of the first things our guide, Manuel, shared with us as we rolled out of the San Jose Airport in Costa Rica. Our first destination sat 40 minutes away in Atenas, in one of the seven Costa Rican provinces, Alajuela. Don Francisco’s lodge, where we would stay for the first (and last) night was completely family-run, and the instant we arrived, it was as if we too were a part of the family. After settling into our rooms, three girls to a room, we quickly found ourselves in the pool. Many months of snow and freezing temperatures made the toasty eighty degree temperatures Costa Rica had to offer feel refreshing. Hours of swimming and sunbathing then lead to our first cultural immersive activity of the trip – empanada making. Empanadas are a turnover-like fried food enjoyed in many Hispanic cultures. We stuffed them with cheese and beans and after about ten minutes enjoyed the little snack.

On day two of our Costa Rica trip we traveled to Providencia. On our way to Providencia we stopped at this lodge that also had a farm. Our tour guide at the farm was Thomas and he took us around the farm on a hike. Now the farm isn’t flat like it is at home in the U.S. it was all uphill and really hot. The hike was amazing though, he showed us coffee plants, avocado trees, passion fruit, yellow papayas and more. We also got to try the different fruits and personally I loved the passion fruit. Thomas told us about how when it’s time to harvest the coffee beans people from Panama come and help pick the coffee and they wear really colorful clothes and it’s really pretty to see. On the way down the hill he took us through the woods and showed us different trees and we got to swing on vines like Tarzan. We also learned there are no bears in Costa Rica. When we got back to the lodge the people made us lunch and it was delicious, like every meal we had, and we also got to buy coffee that was grown on the farm.

After the hike and lunch we got back on the bus and made our way to the lodge we were going to stay at in Providencia. The roads in Providencia make our roads look amazing. The roads were on the side of the mountains, really small so only one car can fit on them, all dirt and had these really sharp turns. Also their guardrails were just barbed wire, so if you went over you were done. Our bus driver Mongo had the skill to navigate those roads with a bus. He was the best driver I’ve ever met. Our lodge was up in the mountains and it was so beautiful with all the trees, and the people who owned the lodge were so sweet and nice, and very welcoming.

On our first full day in Providencia, we woke up for an early breakfast at 7. After breakfast, we all got ready to take a ride on the rocky and twisty roads through the beautiful mountains of Costa Rica. Our bus driver, Mongo, was our hero taking us all on a big bus through the skinny roads with terrifying drop-offs and tight turns. Once we made it to our destination, we met our guide Tomáz, who then took us all for a hike up the mountain. Tomáz showed us so many plants and fruits that we’ve never seen before, such as coffee plants and tomato trees. Overall there were a lot of things to see and learn about.

When we arrived at Estación Las Tortugas, our guide/instructor Quinn greeted us and told us where we’d be staying and what time we’d meet later on. I remember the walls of each building being covered in murals depicting the Costa Rican wildlife, especially turtles of course. We then went to our assigned rooms to find bunk beds guarded with mosquito nets, little notes written on the walls, and a bathroom we’d be sharing with 5 other people from our group. Yet, our excitement was at a high just thinking about going on “turtle patrol” as Sarah and I called it. Later on, we met with the guides who explained all the rules and strategies we’d be needing later on for the patrol hours, which we came to find out would be four hours long up and down the beach just hoping to see something. Before our departure time rolled around we ate some delicious chicken and rice for dinner, and started exploring the area. What we came to find out as well, was that not only turtles inhabited the Estación, but crabs big and small that wandered about the sand and pathways constantly. We ended up observing the little creatures for an hour or so. And then finally it was time for the walk for leatherbacks, in which we dressed in our black clothes and headed out. The first night however, was not an exciting one, for it seemed the turtles were shy or just not ready to lay their eggs and we went to bed without seeing one, but, what we saw the next night would make up for it most definitely.

On the second day at Estación Las Tortugas we went swimming in the ocean. We decided to venture around the beach and smash coconuts; while seeking more coconuts I found a momma sloth with her baby in a palm tree. Finding the sloths was the highlight of my day until that night. That night only ten minutes into our turtle patrol we found a Leatherback Sea Turtle making her way up the beach. Once she started laying we took turns walking up to her unnoticed. Basically we watched, but got to help a little bit by holding the turtle’s flipper and measuring her shell. The walk wasn’t as dreadful as before, it was worth our while.

During our eighth day of Costa Rica, we visited a small elementary school. When we first arrived, we were given a tour of the school, which included a little garden, where they grew their food year-round. It was interesting to see their little classrooms, and just think about all of the students who had walked through the doors and been able to learn. Even though we just met these kids, they didn’t hesitate to play soccer with us, to perform for us, or even just sit down and have some coconut water with the group. They were very nice and helpful. I feel honored to have been able to be around such a nice group of kids.

Honestly, the last day of Costa Rica was the worst part of my trip…. having to leave this beautiful and precious country, having to leave behind the people who you got so close to (which only took a week), having to realize that you have to leave this dream and return to real life filled with homework and long hours in school. I am so grateful that I had this opportunity to explore outside of what I’m used to. Me encanta Costa Rica y pura vida!

On our first and last day, Manuel told us something: In every head is a world. With every individual you encounter in your life, there is a story, a past. Everyone moves through life with their own perspective. During the nine day trip, not a single one of us perceived the experience the same. In a sense, it’s as if we each took our own trip; but one thing is certain, we all found ourselves touched by the beauty of the people and the land.