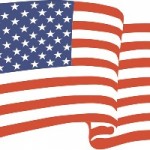 CHICOPEE – James F. Johnstone, 69, died peacefully on June 24, 2014. He was born in Springfield on August 16, 1944 to the late John and Claire (Cusack) Muransky. He has been a lifelong resident of Westfield and attended local schools.
He has lived in Chicopee for the past 2 years. He was a U.S. Army Veteran of Vietnam War and was a member of the 173rd Airborne. Jim worked at Berkshire Industries for 40 years retiring in 2004. He coached soccer for 27 years and started the boys and girls travel leagues in Westfield. He enjoyed camping and traveling. He was a Field Trial Secretary at the Easthampton Beagle Club. He was active in Westfield Little League and was an avid Boston sports fan.
He leaves his loving wife of 48 years, Dolores (Tobias) Johnstone; his children, Scott Johnstone and his wife Cindy of Henniker, NH, Tracy McIsaac and her husband John of Westfield and Amanda Burgess and her husband Jay of Atkinson, NH; his brother, Jack Muransky and his wife Denise of Westfield; his sister, Julie Cowles of Huntington; his grandchildren, Julia, Chuck and Jessica Gammon, Stephen and Kelsey Johnstone, Jake and Owen McIsaac and Raegan Burgess. Jim also leaves his great-grandchildren, Avaya, Riley and Blake Gammon; loving nieces, nephews and camping friends. He was predeceased by his brother-in-law, Jonathan Cowles.
The funeral for Jim will be held Monday, June 30th at 11:30 a.m. from the Firtion-Adams Funeral Service, 76 Broad Street, Westfield. Military Honors will follow at 1:00 p.m. in the Mass Veterans Memorial Cemetery. Calling hours will be held on Sunday at the funeral home from 4:00-7:00 p.m.
Donations in memory of Jim may be made to the Dana Farber Cancer Institute, 10 Brookline Place West, 6th Floor, Brookline, MA 02445.
www.firtionadams.com